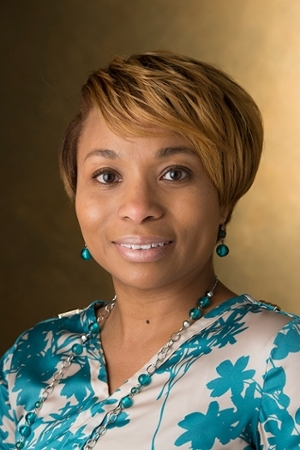 The Southern Illinois University Edwardsville School of Pharmacy’s (SOP) Lakesha Butler, PharmD, BCPS, has been named president of the National Pharmaceutical Association (NPhA). Butler, a clinical professor in the Department of Pharmacy Practice and coordinator of SOP Diversity and Inclusion, was inducted during the NPhA/SNPhA annual convention held July 27-30 in Charlotte, N.C.

Butler’s vision for her two-year term is A.C.T.I.O.N. in Excellence. She plans to lead her colleagues with a focus on Advocacy, Collaboration, Transformational Branding, Inclusion, Operational Excellence and Next Generation Preparation.

“It is a tremendous task to lead a national organization, but I am more than ready for the challenge,” Butler said. “The National Pharmaceutical Association is dedicated to representing minority pharmacists and underserved communities on crucial issues affecting healthcare and pharmacy, which I am truly passionate about. I see my presidential role as service to my profession, but more importantly, to patients.”

“Leading an organization and working with a variety of persons on my board and general membership allows me to hone my communication skills and motivate others to do their best,” she said. “Additionally, I get to further practice my leadership style of coaching and modeling, which I use when teaching students. Service is not an option, it is a responsibility, and I can be an example to my students and patients by showing the importance of impact through service in this national leadership position.”

Butler has been a strong leader who makes a positive influence on SOP students. She has served as the faculty advisor for the Student National Pharmaceutical Association (SNPhA) SIUE chapter for more than 10 years. 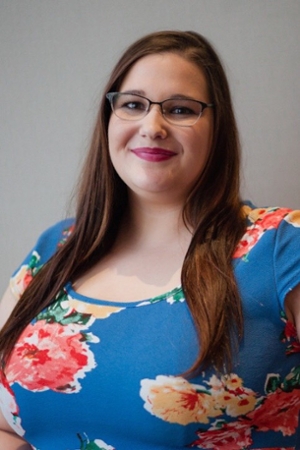 At the NPhA/SNPhA conference, SIUE SOP fourth year student Ashley Colburn, of Peoria, was been appointed to serve the SNPhA Region III Facilitator. She will be the liaison between local chapters in the region and the national office.

“The 2018-19 vision for SNPhA is ‘strength in purpose,’ and that’s exactly how I feel,” Colburn said. “Serving in an executive role is absolutely inspiring. As Region III Facilitator, my primary responsibilities are to ensure that the 22 chapters in my region of the Midwest feel empowered to serve their communities. In this role, I plan to prioritize open and clear communication, advocate for my community and chapters, and utilize a grassroots approach to encourage the best delivery of information.”

“SNPhA allows students to pursue their dreams and advocate for what young healthcare professionals want their respective careers to look like,” she added. “It encourages pharmacy students to go into their communities, see a need and fulfill it. SNPhA became a home for my servant heart.”

Additionally at the conference, fourth year student Alyse Battles, of Florissant, Mo., presented a research poster on her work produced during an independent study with Butler. She earned third place and $100 for her research entitled, “The Impact of Unconscious Bias Training on Pharmacy & Nursing Faculty & Staff.” 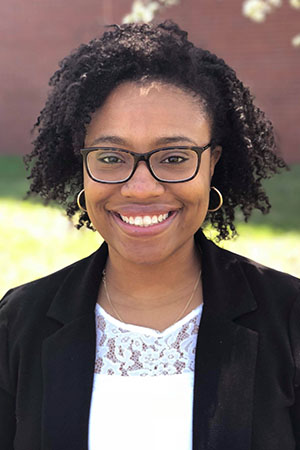 “Our research was a retrospective cohort study conducted using post-unconscious bias training surveys,” Battles explained. “We found that 75 percent of participants were better able to identify their own unconscious biases and how unconscious biases present in a professional setting. Healthcare disparities still exist, according to the annual Healthcare Quality and Disparities report, and can be attributed, in part, to implicit biases.

Based on her findings, Battles recommends that all current and future healthcare providers and educators undergo some sort of unconscious bias training to increase awareness of their own personal biases, so they do not further contribute to the healthcare disparities that are caused by them.

“Presenting my research at a professional meeting in a national setting was an awesome experience, which increased my confidence in my ability to do work that is meaningful both personally and professionally as a pharmacist,” Battles said.