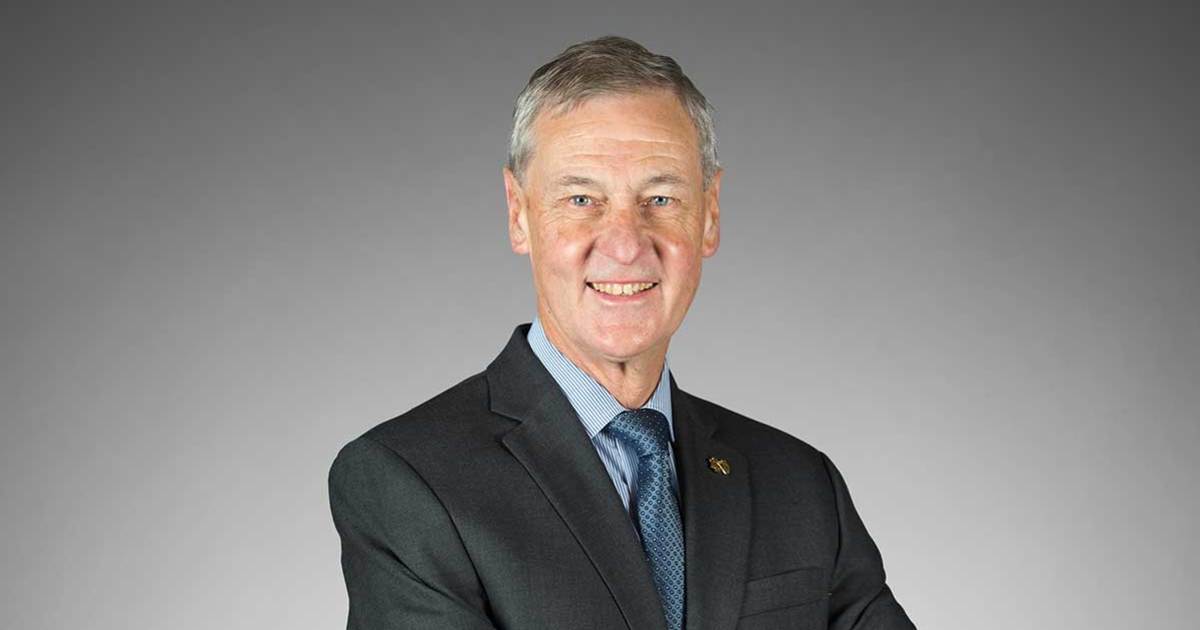 John Affleck-Graves, executive vice president of the University of Notre Dame since 2004, will retire effective June 30, 2019, the University’s chair of the Board of Trustees, John J. Brennan, and president, Rev. John I. Jenkins, C.S.C., announced Wednesday (Aug. 22).

The executive vice president is appointed by the Board of Trustees, and the trustees, under the leadership of Brennan and Father Jenkins, will in coming months conduct a national search for Affleck-Graves’ successor.

“John Affleck-Graves is key to why Notre Dame is universally respected for its superb management by institutional leaders across the country,” Brennan said. “He shepherded the greatest expansion and modernization of Notre Dame’s physical plant, including research and residential facilities, in ways which were fiscally responsible, environmentally sound and beautiful. At the same time, John has stewarded a huge increase in financial aid for our students to more than $147 million from $58 million during his tenure.”

“The University has benefited immeasurably from John’s intelligence, good judgment, leadership ability, tireless work ethic and, above all, his devotion to Notre Dame and its mission,” Father Jenkins said. “It has been a personal privilege to work with him as a colleague and a friend for 18 years.”

Despite an often volatile national economy during his tenure, Affleck-Graves provided the steady hand on Notre Dame’s fiscal operations necessary for its continued growth as one of the nation’s leading research universities.

During his 14 years to date, Notre Dame’s annual operating budget has grown to $1.5 billion from $650 million and the endowment has increased to $11.8 billion from $3.5 billion. Thirty-six new buildings have been constructed totaling 3.3 million square feet, including Campus Crossroads, the 800,000-square-foot addition of three buildings surrounding Notre Dame Stadium that stands as the largest building initiative in Notre Dame’s 175-year history.

While many of Notre Dame’s peers deferred faculty hiring, canceled or postponed building projects and retrenched in other ways during the 2007-09 U.S. recession, Notre Dame, under Affleck-Graves’ direction, maintained its construction timelines and never laid off employees.

“It has been a privilege to work with Father John, Provost Tom Burish and the Board of Trustees for these 15 years,” Affleck-Graves said. “I have been blessed to have a tremendous team of leaders in the EVP Division and am especially grateful for the commitment and dedication of all the staff who deliver such exceptional service to our campus community on a daily basis.”

A native of South Africa and a naturalized U.S. citizen, Affleck-Graves earned his bachelor’s and master’s degrees in finance and doctorate in mathematical statistics from the University of Cape Town. He taught and conducted research at his alma mater for 11 years before coming to Notre Dame in 1986, serving until 2000, including as chair of the Department of Finance and Business Economics the final three years. He spent a year at Florida State University as the Patty Hill Smith Eminent Scholar in Finance, then returned to Notre Dame as vice president and associate provost and Notre Dame Chair in Finance.

Highly regarded in the classroom as well, Affleck-Graves has received eight teaching awards at Notre Dame — three in the regular MBA Program, four in the Executive MBA Program and one for undergraduate teaching — and two others at the University of Cape Town.

He has been actively involved in University governance throughout his Notre Dame career, serving on the Academic Council, Academic Code of Honor Committee and Faculty Senate and as chair of the Provost’s Task Force on Curricular Innovation. He has also been a champion of regional economic development, chairing the Regional Development Authority for the north central region of Indiana. He helped establish the authority and was instrumental in securing a $42 million state grant in 2015 by having counties collaborate in development plans.

Affleck-Graves and his wife, Rita, have two daughters, both Notre Dame graduates.