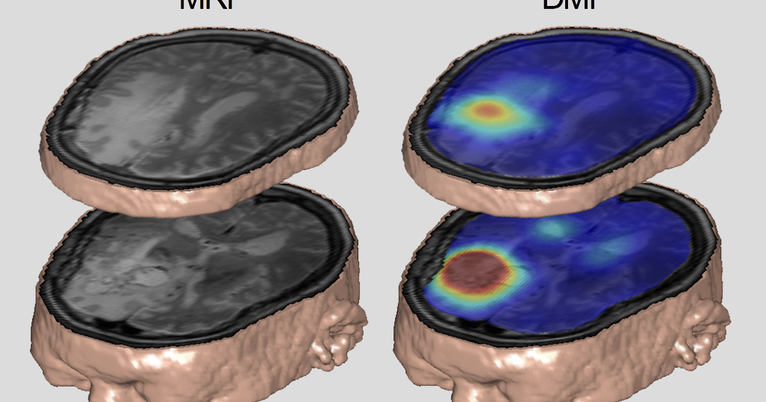 Yale researchers have developed a new imaging technique that captures detailed information about metabolism, which plays a role in many diseases. The novel yet simple technique, which harnesses existing technology, could potentially be used to evaluate the effectiveness of drug therapies for cancer and other conditions, the researchers said.

Known as deuterium metabolic imaging, or DMI, the technique uses MRI scanning technology to create three-dimensional images of how fuels like glucose are metabolized in the brain and other organs. To test the technique, the researchers applied DMI to rats and human subjects that had consumed glucose labeled with deuterium — a nonradioactive or stable isotope of hydrogen. Brain scans revealed distinct differences in the metabolism of glucose in normal tissue versus tumor tissue. The researchers also observed changes in the glucose metabolism of animals receiving cancer therapy.

The finding demonstrates that DMI can reveal a metabolic response to a drug therapy even before the drug has an impact on tumor size, providing a new tool for drug evaluation, the researchers said. The same robust technique can theoretically be applied to any disease that involves metabolism, such as multiple sclerosis and other neurodegenerative diseases, and is not restricted to the brain but can also image other organs, they noted. With their findings, they hope to take DMI from research environment to the clinic.