CHAMPAIGN, Illinois — Manny Pollard received a warning after he arrived in Beijing.

After he graduated from the University of Minnesota, where Pollard was a three-time All-American diver, he spent a year teaching in Beijing and living with his partner. He made sure to heed that warning, and the only people he told about being gay were other Americans.

“I never talked to anyone Chinese about that [being gay],” Pollard said. “I could have lost my job. It was not really worth it. I will do my job and go home. Now that I’m back, I know that’s not what I want to do — especially if I can help out.” 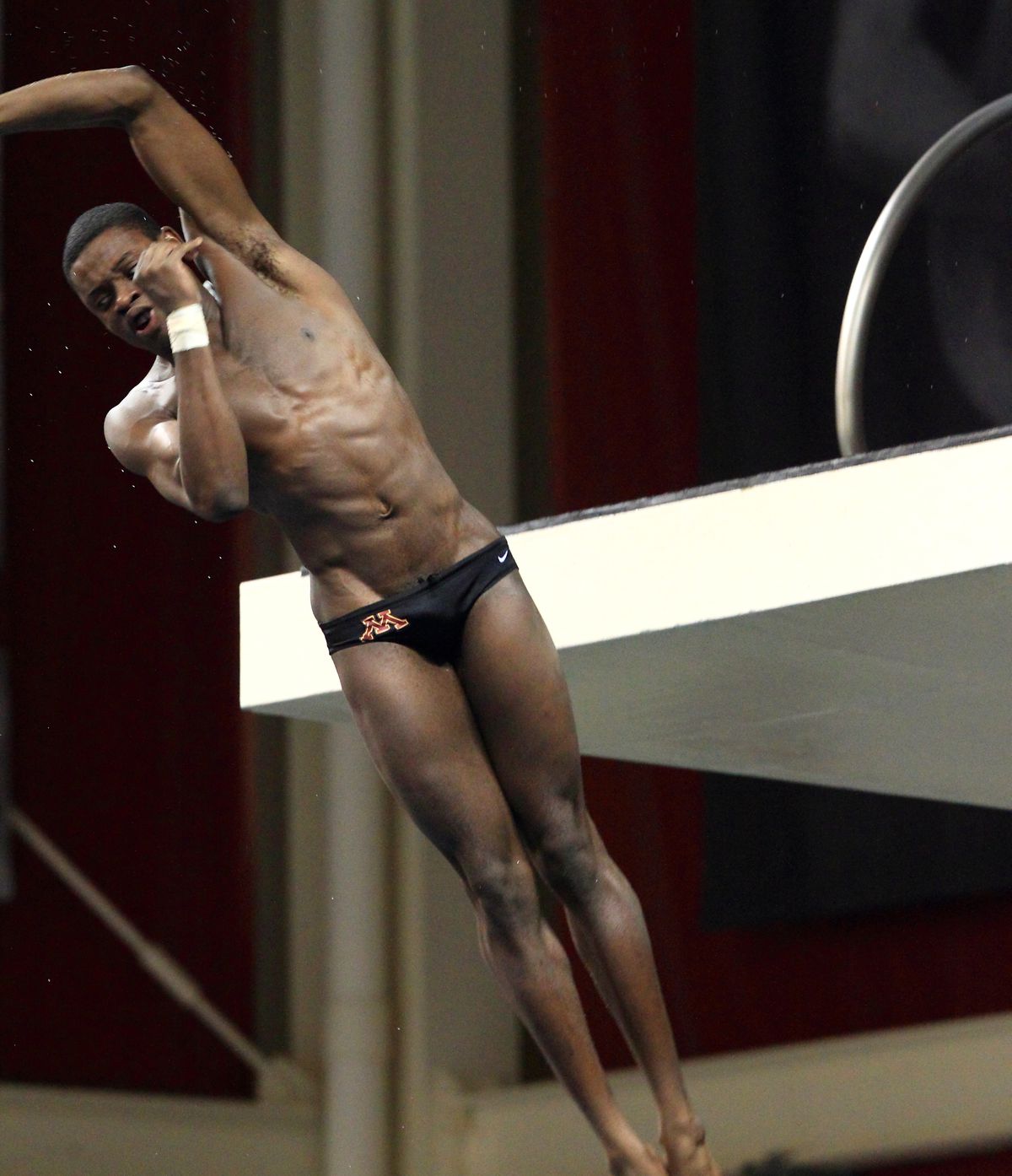 Pollard returned to the U.S. and became the women’s diving coach at University of Illinois in July 2017.

He was out to his teammates his entire time competing at Minnesota from 2012-16, but he wasn’t involved in the LGBTQ community.

He has changed that since returning from China and becoming a coach.

“[Living in China] opened my eyes that there is still a lot of work to be done [for LGBTQ acceptance],” Pollard said. “That’s what I want to do rather than being just a coach going to practice and going home.” 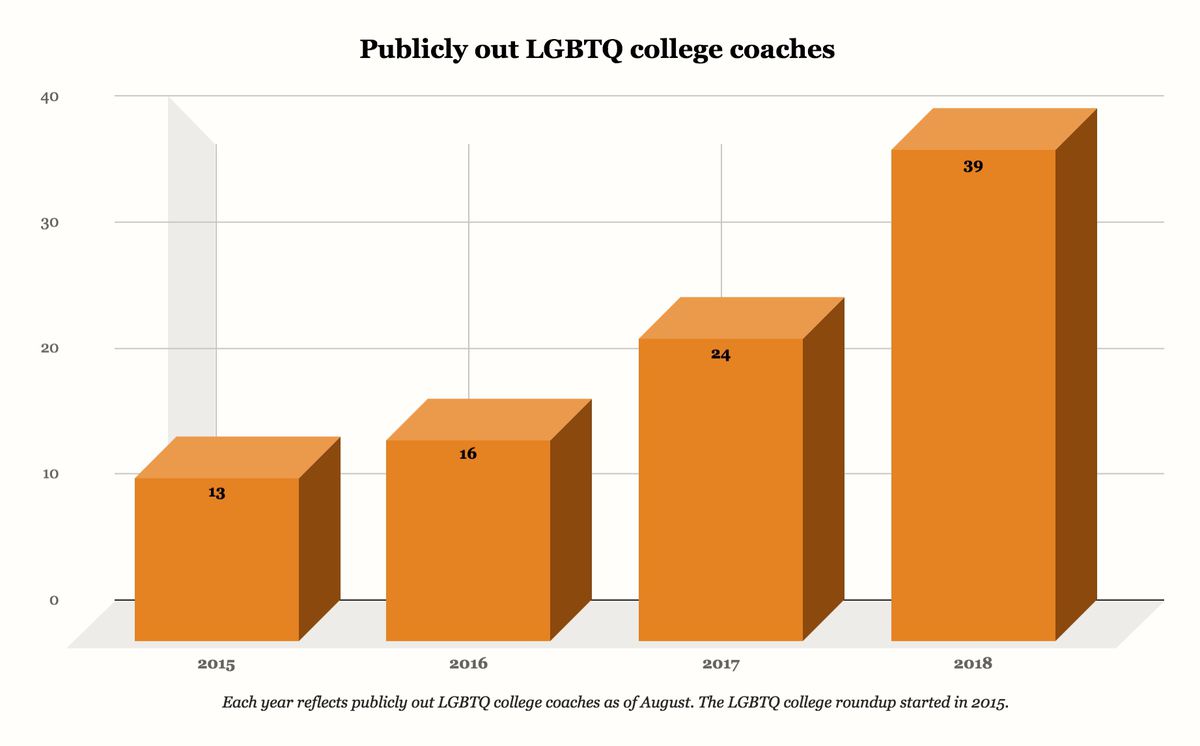 The past year saw a 62.5 percent increase in the number of publicly out LGBTQ college coaches. Erik Hall

More LGBTQ college coaches are being vocal about their sexuality to increase acceptance in sports.

The past year saw a 62.5 percent increase in the number of publicly out LGBTQ college coaches.

Entering the 2018-19 school year, Outsports is aware of 39 LGBTQ coaches across all college levels. There were 24 publicly out LGBTQ college coaches entering last year.

“When I was an athlete, I really wasn’t involved in the community with being an activist or influencer,” Pollard said. “I was gay and was doing my sport. Now that I’m back in athletics, I really want to help out.”

While this is Pollard’s first interview about being an LGBTQ college coach, he has already been quite involved on Illinois’ Champaign-Urbana campus.

A You Can Play video was already in the works when he arrived on campus, and he helped that become a reality in February.

He organized a group for Illinois’ LGBTQ athletes called Illini Allies. The group had its first meeting at the end of the spring semester, and one of its members is Illinois runner Konrad Eiring.

As part of Pollard’s work with Illini Allies, he is helping organize Pride Nights at Illinois sporting events this school year.

“I want to influence people and inspire them to do more and to really make athletics a more comfortable place for everybody,” Pollard said. “I felt comfortable as an athlete, and I want people to feel like that for whichever sport they’re doing.”

Pollard says out British Olympic diver Tom Daley is his biggest inspiration to become involved in the LGBTQ community.

Out athletes also increase: Entering the 2018-19 school year, the number of publicly out LGBTQ college athletes that Outsports is aware of increased to 76. That is a 10.1 percent increase from 69 publicly out athletes at this point last year.

Manny Pollard is the women’s diving coach at University of Illinois. He can be reached on Instagram @Thats_So_Panny.

Names in bold are people that have announced publicly they identify as LGBTQ. Results are for competitions that took place Aug 17-19.

My-King Johnson (redshirt freshman, Arizona football) is scheduled to have his Sept. 1 game against BYU broadcast on ESPN at 10:45 p.m. ET.

Erik Hall can be reached via email at hallerik7@gmail.com or on Twitter @HallErik or Facebook. If you are an out LGBTQ athlete or coach and want your accomplishments recognized, please email Erik.