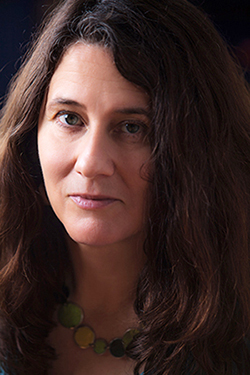 UC Santa Cruz associate professor of film and digital media Jennifer Maytorena Taylor has received a grant from the SFFILM Documentary Film Fund to support her latest project, “The Gut.”

The $25,000 grant is designed to support documentary films already in post-production to push them towards completion.

In addition to the cash prize, Taylor will have access to benefits through SFFILM Makers–the organization’s artist development program–that can include one-on-one project consultations, creative development, additional fundraising assistance, resource and service recommendations, and networking opportunities.

Taylor will use her grant to support post-production costs for her documentary, “The Gut.” Set in Rutland, Vermont, a small blue-collar city recovering from an opioid epidemic, the film follows Mayor Louras and a small ensemble of intersecting characters for two years as he fights to resettle Syrian refugees in the town.

The documentary explores the different perspectives on the many complex issues facing residents, such as community transitions, economic growth, and change when small-town America meets the Syrian civil war.

Earlier this spring, Taylor, received a fellowship for a 2018 summer residency to work on her film at the MacDowell Colony, one of the nation’s leading contemporary arts organizations, in New Hampshire.

Since it was created in 2011, the SFFILM Documentary Film Fund has given more than $750,000 to filmmakers across the country.

Taylor’s previous films include the 2015 film Daisy & Max, an hour-long documentary, filmed on location in South Los Angeles, about a couple working to protect LA communities from gang violence that is caught in the crossfire of the U.S. war on gangs.

She also produced one of several short pieces that comprised The Talk: Race in America, a new film that premiered on PBS in 2017.

Taylor’s most recent project, Redneck Muslim, was one of 25 films featured this summer in the 2018 PBS Online Film Festival as a presentation of the PBS series POV.