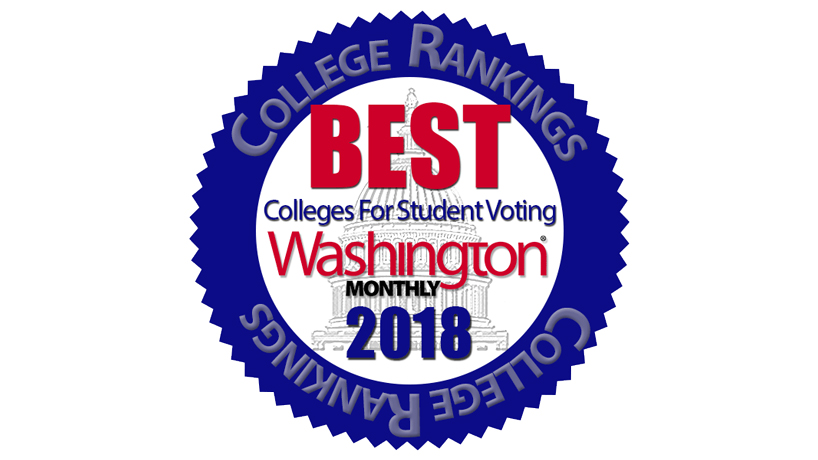 The University of Missouri–St. Louis continues to be lauded for the civic engagement of its students and its campuswide efforts to foster voter participation.

Washington Monthly included UMSL on a list of “The 58 Best Colleges for Student Voting” in in its 2018 College Rankings issue released this month. 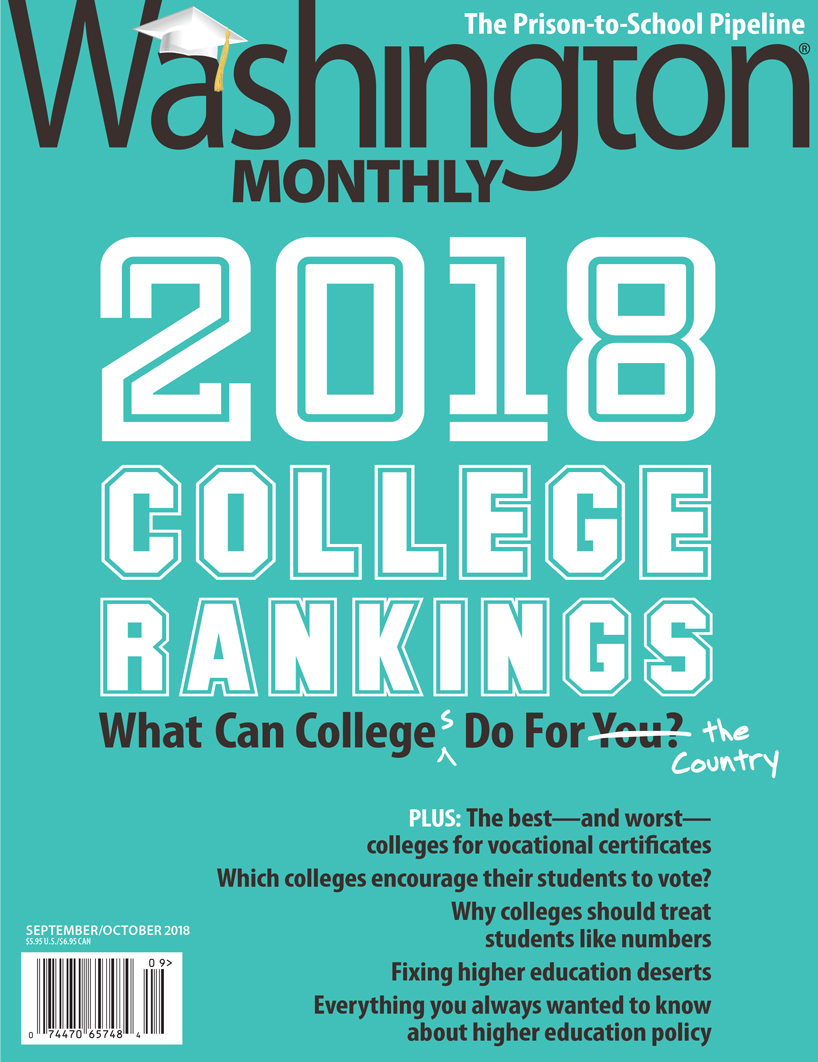 This year marks the first time Washington Monthly compiled such a list, and it did so by weighing four measures of a school’s commitment to encouraging voting by its students.

“An institution receives one point in the service portion of our rankings if it has signed up for or participated in Tufts University’s National Study of Learning, Voting, and Engagement,” Saahil Desai wrote in Washington Monthly. “This program helps colleges calculate their precise student voting and registration rates by combining national voting records with enrollment data. A college receives a second point if it has signed up for the ALL IN Campus Democracy Challenge, an effort that uses NSLVE data to help colleges create plans to boost their students’ voting rates and civic participation. An ALL IN school gets another point for releasing its NSLVE data publicly, and a fourth point for making its ALL IN action plan public.”

Washington Monthly includes 1,488 schools in its rankings. Only 58 of them received a top score of four in the voting rankings.

It comes as no surprise that UMSL was among that group. Last fall, the ALL IN Campus Democracy Challenge awarded the university one of its Champion Awards for having the highest student-voting rate among nearly 300 participating institutions.

An impressive 67.4 percent of eligible UMSL students voted in the November 2016 election, according to data gathered as part of the Tufts’ study.

That was an increase of 5.7 percentage points over the school’s 2012 numbers, which were already considered an outlier among the more than 1,000 institutions to take part in the study.

UMSL students voted at a 17 percent higher rate than students nationally when controlled for factors such as the age of the school’s student population.

Also last year, UMSL was among 83 campuses in 23 states to be designated a “Voter Friendly Campus” as part of an initiative led by the national nonpartisan Campus Vote Project and NASPA – Student Affairs Administrators in Higher Education.

“These recognitions and awards are very exciting for UMSL,” said Patricia Zahn, the director of the Des Lee Collaborative Vision.  “We have amazing students at our university who care about their communities and are involved. Our administrators, faculty and staff are committed to helping all UMSL students develop the competence and confidence to be informed and engaged citizens both now and throughout their lifetimes and to take an active role in community life.”