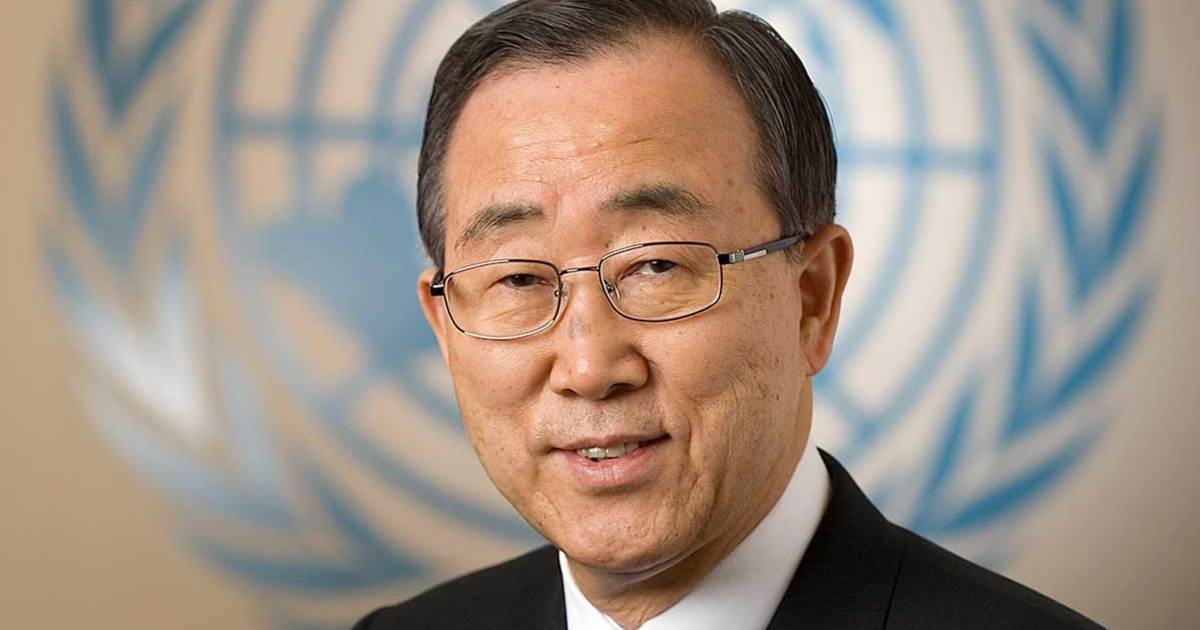 Ban Ki-moon, who served as eighth secretary-general of the United Nations, will deliver the lecture “The United Nations and Global Citizenship” on Sept. 12 (Wednesday) for the third Asia Leadership Forum at the University of Notre Dame. Sponsored by the Liu Institute for Asia and Asian Studies, the free event starts at 6 p.m. in the Patricia George Decio Theatre at the DeBartolo Performing Arts Center.

Following the lecture, Sara Sievers, associate dean for policy and practice at the Keough School of Global Affairs, will speak with Ban about his career and current work. John Hewko, general secretary of Rotary International, will moderate the event.

Tickets are sold out. However, a video board at Midfield Commons in the Duncan Student Center will broadcast the event. Reserved tickets may be picked up one hour prior to the event. All unclaimed tickets will be released 15 minutes before the start of the event.

“It is a singular honor to host Secretary Ban for our Asia Leadership Forum,” said Michel Hockx, director of the Liu Institute for Asia and Asian Studies. “An inspiring humanitarian, he has boldly addressed critical challenges of our time: climate change, poverty, gender inequality and global health crises. This type of leadership — for the greater good of the world — reflects the mission of the Liu Institute, the Keough School and the University.”

A citizen of South Korea, Ban served as secretary-general from 2007 to 2016. He was the first East Asian elected to the U.N.’s top role. Ban attributed his interest in international cooperation to turbulent life experiences. “I grew up in war and saw the United Nations help my country to recover and rebuild,” he has said. “That experience was a big part of what led me to pursue a career in public service.”

Born in 1944 in a small farming village in South Korea, Ban received a bachelor’s degree in international relations from Seoul National University in 1970. In 1985, he earned a master’s degree in public administration from the Kennedy School of Government at Harvard University.

Ban continues his humanitarian efforts through the Ban Ki-moon Centre for Global Citizens, established with former Austrian president Heinz Fischer in 2017. Working within the framework of the U.N.’s Sustainable Development Goals, the Vienna-based center aims to empower youth and women.

Sievers formerly led developing-country policy and advocacy efforts for the Global Health Program at the Bill and Melinda Gates Foundation and directed centers on sustainable development at Columbia and Harvard universities. Her work focuses on poverty reduction through evidence-based policy solutions in partnership with national governments in Africa and Asia.

As Rotary general secretary, Hewko leads a staff of 800 at Rotary International’s world headquarters in Evanston, Illinois. He is the former vice president of operations and compact development at the Millennium Challenge Corp., a U.S. government agency established to deliver foreign assistance to countries in need. He is also a member of the Council on Foreign Relations.

The Asia Leadership Forum is the flagship event of the Liu Institute for Asia and Asian Studies, which is housed at the Keough School. The forum invites world leaders from Asia to discuss relevant topics within a global context. The forum began in 2015 with a lecture by former Indonesian president Susilo Bambang Yudhoyono. In 2016, Ma Ying-jeou, the former president of Taiwan, delivered the keynote address.

The Liu Institute for Asia and Asian Studies promotes awareness, understanding and knowledge of Asia through administering a supplementary major and minor in Asian studies, supporting student and faculty scholarship, organizing public events and facilitating interaction and exchanges with partners in Asia.