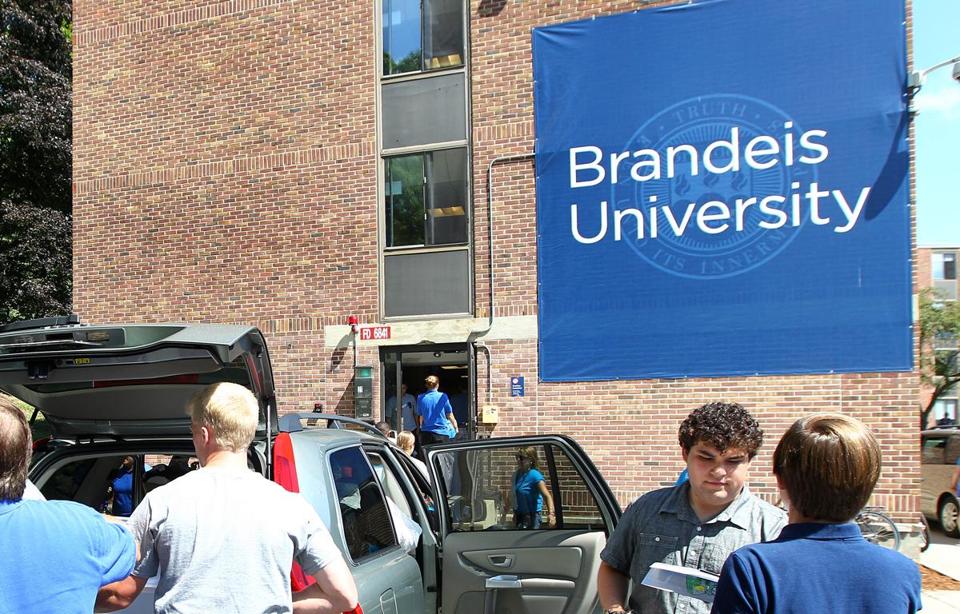 Graduate students at Brandeis University have reached a contract agreement with the administration, positioning them to be the first group of teaching assistants at a private higher-ed institution in New England — and only the second in the country — with a collective bargaining agreement.

The contract with the Service Employees International Union Local 509, which still needs to be ratified by the students next month, would boost more than 200 graduate assistants’ pay by between 16 and 56 percent per course over the three-year agreement, put caps on their workload, and give them more freedom to work with students outside of class and provide curriculum input.

The graduate students will also be guaranteed access to supplies and textbooks that some previously had to purchase on their own, be paid or given credit to attend professional development workshops, and receive improved access to mental health services on campus.

It will make a difference for students like Kalee Hall, a third-year PhD in English literature and a bargaining committee member. Last winter, Hall said, she couldn’t afford to pay the gas bill at her Somerville apartment, so she used space heaters and “got under a lot of blankets.” Hall, 25, also struggled to afford the commuter rail to get to campus, once e-mailing a professor she was working for to say she couldn’t make it in because she couldn’t afford the $13.50 round-trip cost.

Get Talking Points in your inbox:
An afternoon recap of the day’s most important business news, delivered weekdays.

The contract will standardize pay for teaching assistants at more than $3,700 per course, which represents a roughly 50 percent raise for about a fifth of the grad students, mostly in English and other arts and sciences departments. The majority of the graduate assistants will get about a 20 percent pay increase.

Grad students who teach classes on their own will get $5,000 per class.

Along with the pay hikes, the provision requiring the school to pay for teaching supplies is especially helpful, Hall said.

“Some might think that buying a pack of dry-erase markers is not a big deal, but when you’re cutting it that close, it is a big deal,” she said. Not only that, she added, “When you have to buy your own supplies, that kind of says we don’t care about you as a teacher. . . . Now we all feel much more supported.”

Another key part of the contract is a pilot program that will embed mental health counselors in graduate school buildings for a few hours a week. Many graduate students grapple with depression and anxiety, Hall said, but don’t go to counseling centers on campus because they worry about running into a student in the waiting room.

Brandeis did not comment on the contract specifics, but noted in a statement, “We are pleased to report that after one year of hard work, the bargaining teams have reached tentative agreement on a collective bargaining agreement.”

Local 509 also represents adjunct and non-tenured faculty at Brandeis, as well as at several other local colleges. The union is in contract negotiations with Tufts University, whose grad students last year voted to join Local 509.

Teaching and research assistants at public institutions have been organizing for decades under state collective bargaining laws, but those at private schools are at the mercy of the National Labor Relations Board, which has gone back and forth on whether graduate students can unionize. In 2013, New York University grad students voted to join the United Auto Workers in a non-NLRB election, sparking campaigns around the country, including at Harvard University (where grad students voted to unionize in April), Boston College, Boston University, and Northeastern.

The effort accelerated following a 2016 NLRB ruling that recognized the right of graduate students at private universities to organize.

Until now, however, NYU has been the only one to finalize a collective bargaining agreement.

And with President Trump’s three appointees giving the NLRB a 3-2 Republican majority, some unions fear the board could put a halt to grad student organizing. Rather than risk bringing a case before the board that could set a new legal precedent, and crush other union drives, some graduate students — including those at BC — have abandoned their efforts to unionize through the NLRB and are trying to pressure universities to voluntarily recognize and negotiate with them.

Given the strong possibility that the current board will overturn the right of grad students to organize, Local 509 has walked away from a few campaigns that weren’t as far along as those at Brandeis and Tufts, said Local 509 president Peter MacKinnon.

“We didn’t want to make a promise that we couldn’t keep,” he said.