The White-bellied Heron is a critically endangered heron species found only in Bhutan, Northeast India, and Myanmar. Fewer than 60 confirmed White-bellied Herons exist in the world today. While there are few records of occurrence of the bird from the range countries, nests of this species have remained one of the rarest in history. Before 2000, only two nests had been found which were presumed to be of this bird; one was reported in Darjeeling, India, before 1890 and another in Myanmar, before 1930. With lack of breeding evidence, the bird was assumed to have vanished during late 1900 until a new nest was found in Bhutan in 2003. Since then, two to five active nests have been identified in Bhutan from where two to eight new chicks fledge annually. However, the population has remained critically low and the trend is further declining. 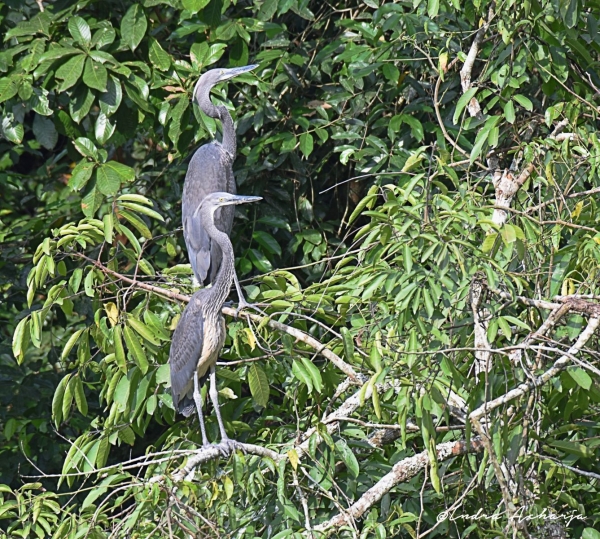 A pair of White-bellied Heron juveniles waiting for parents to return at Goling nest, Mangdechu Bhutan.

Having worked on the conservation of the rare bird for the past three years with the Royal Society for the Protection of Nature (RSPN), a conservation NGO in Bhutan, I have realized the support the bird needs for its survival in this era of rapid change. I am committed to saving this species. I had dreamed of traveling to Bhutan this summer to study the “Nesting Ecology and Migration of Critically Endangered White-bellied Heron” which is also part of my master’s thesis. Thanks to the Council on South Asian Studies Rustgi research grant I received, I was able to travel to Bhutan and conduct the research.

During the two-months field trip, I worked with the experts at RSPN, who have 15 years’ experience conserving the rare bird. I visited and collected data from all the 17 identified nesting sites and all feeding sites along the two major river basins—Punatsangchu and Mangdechu. During the trip, we sighted nine critically endangered White-bellied Heron and located two active nests. It was overwhelming to see five new juveniles of this rare bird growing in the wilds of Bhutan. With the five new birds, there are now 29 confirmed White-bellied Herons in Bhutan and less than 60 in the world. 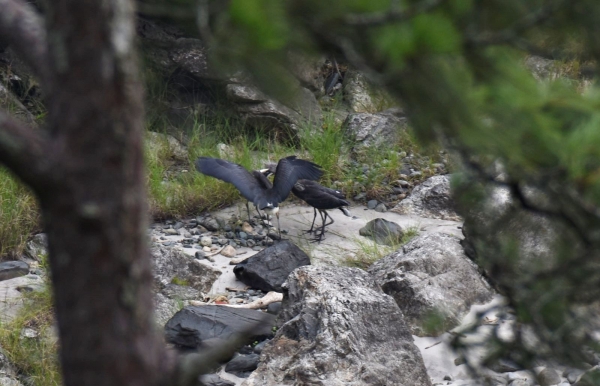 Through this research, I look forward to understanding the nesting ecology and filling the knowledge gap, strategizing the conservation plan, and developing models to assess habitat availability and suitability across the region. Amidst the endless works of RSPN, there is still a hope of survival for this scarce bird. The RSPN is establishing a Captive Breeding Facility Center in Bhutan to preserve the gene pool and revive the wild population through a captive breeding and release program in near future.

Finally, this research will also help in improving the captive breeding facility and identifying habitats to release the juveniles reared in captivity in the long run. While I feel satisfied seeing the rarest nests, juveniles, and the bird that a few luckiest in the world have seen, I still fear the risk of losing them to the wave of extinction.