(August 24, 2018 / JNS) Barry Shrage has had a good run—a great one, actually. In fact, he says, “I’ve been lucky all my life.” This comes after the 71-year-old Bronx native and City College graduate wrapped up 30 years as president of Boston’s Jewish Federation at the end of June (“31, but who’s counting”? he quips): the Combined Jewish Philanthropies, or CJP.

To know Shrage is to know what’s going on in the Jewish world. A veritable encyclopedia of Jewish history and events, he’s had his hands—and those of his organization—dug deep into nearly every major issue in contemporary Jewish life.

That means some of the toughest and most controversial topics of the times: intermarriage, pluralism, adult education, synagogue membership, Israel-Diaspora relations, anti-Semitism, the BDS movement, fundraising, youth apathy, and a drop in communal activism and giving.

To grapple with this means being steadfast (and positive) in addressing the politics and the people behind them. He’s done that while heading an agency that raises more than $55 million annually for an array of Jewish causes.

“I think about it as accessibility,” he tells JNS, “being there for others when they need” support, protection and advocacy—for Jews in Boston, the United States, Israel and around the world. 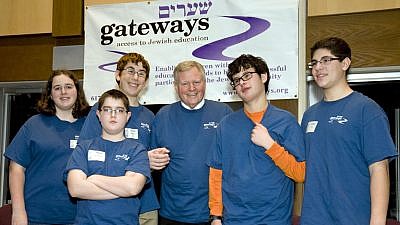 And while he acknowledges that those needs have changed, that’s not necessarily a bad thing.

Take synagogues, for example. “We hear all the time that synagogues are falling apart,” says Shrage.” But they’re not. Some have been on the decline, but others are strong and thriving. People look for quality; they seek quality in institutions, and the ones that offer that are doing great. The same goes for Jewish day schools, Hebrew programs, Hillels and informal Jewish learning of every kind.”

Israel and education, ‘purpose and joy’

For Shrage—an observant Jew, avid reader, husband, father of two and grandfather of six—the most pressing Jewish concerns of the day can be boiled down to two things: Israel and education.

Education is paramount. As far as CJP and Boston go, there has been the Me’ah program (100 hours of study) for adults, which has involved between 3,000 and 4,000 people, and has prompted “a changed attitude towards the importance of Jewish learning,” attests Shrage.

“It’s helped participants see Judaism as something extraordinary,” he says. “It’s not about numbers necessarily, but about seeing the purpose and joy of being part of the Jewish community.”

Education also means identifying. Shrage says it’s about “getting to know ‘your people.’ Joining a synagogue, engaging in a social-justice project, going to summer camp … anything to emotionally tie you to the Jewish people. So many yearn for meaning and focus in their lives, for a sense of identity.”

He recognizes that American Jewish identity has waxed and waned, with more waning in recent years. Shrage describes what’s happening to non-Orthodox communities in the United States as “winning and losing at the same time.”

“After a century in an open and free society, increasing assimilation is inevitable. Our sense of ethnic connection, our love of the Jewish people, is declining. The periphery is weakening while the core is strengthening,” he explains. “And yet, there is another force that reignites our connection, our love of our people, even for Jews on the periphery—and that is Israel.” 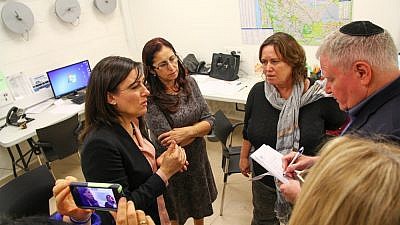 He points to burgeoning developments in technology, science and all kinds of research when it comes to the “startup nation.” Boston has had direct influence on that through a longtime partnership with Haifa, its sister city. For decades, hundreds of Jewish leaders, volunteers, families and young adults have worked on projects related to the Boston-Haifa Connection, building businesses and relationships, supporting immigrants and army personnel, and starting program after program to boost the Jewish state and Israeli people.

“Everyone now wants Israeli technology, Israeli companies in their state,” he says, while at the same time acknowledging the growing BDS movement that has complicated these matters. Shrage says a strategy is needed to combat it, both on the economic and academic levels. One such way is large-scale visitation to Israel—to see the country firsthand, up close and personal, and bring positive information back to others.

Take business, government and law-enforcement leaders there, he says. Take non-Jewish clergy. “The goal of BDS is to delegitimize Israel, so we need to counter that. We need people on the ground to see Israel, understand it, appreciate it,” says Shrage, adding that it can’t just be about yelling and fighting, but neutralizing the negative and building relationships.

(The same goes for intra-Jewish arguments, he notes, saying “if you want a change in Israeli policy, you need to talk to Israelis. You can’t just talk to those in your bubble.”)

The goal, says Shrage, is “to see Israel as an important place, a vital place. Those who visit will see the good, the bad and the ugly, but they’ll also see the truth: That Israel is a miracle.”

‘The future is not inevitable’

He credits Birthright trips to Israel for college students and young adults as being crucial to the link between Israeli and American Jews. Shrage notes that when Birthright started in 1999, the chance that a Jewish young adult (by age 25) would have visited Israel was less than 15 percent. Today, nearly 50 percent of this age group has gone—their lives changed by the sites, history, culture and encounters with Israelis, especially young soldiers.

“It was a big ‘Dayenu’ moment,” one he says Jewish leaders felt almost immediately. “It encouraged intimacy, mutual understanding and a way to shape the future together. Like the Haifa connection, it’s about bringing people over to see the whole thing. Israelis, they live in extraordinary circumstances, in real danger. We need to understand that and react to that, and we also need to show them that they merit our support, even when we disagree.

“We have to help shape the future—the future is not inevitable. We can do something about it; that’s our job.” 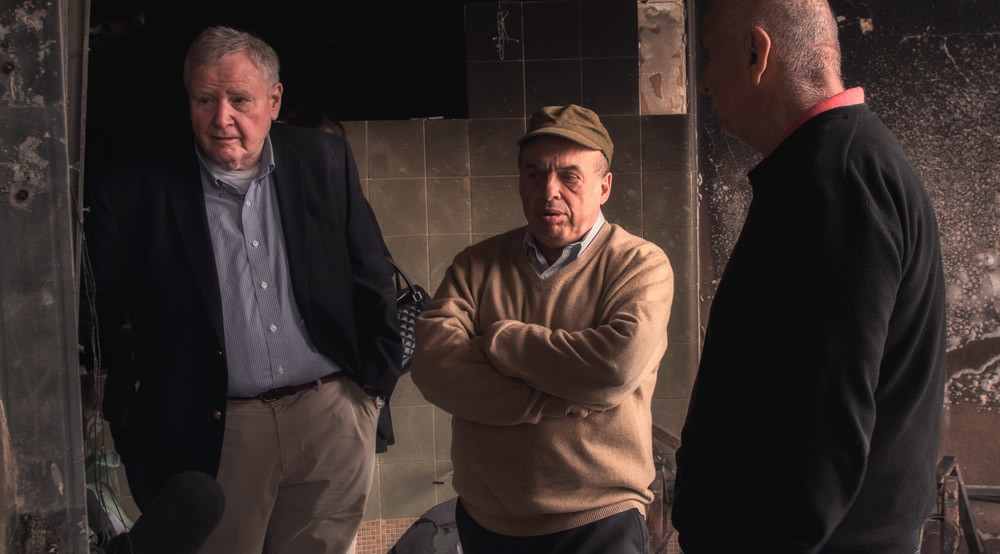 Shrage with Natan Sharansky (center), then head of the Jewish Agency, in Israel in November 2016, assessing damage, and visiting people and institutions that bore the brunt of devastating fires in Haifa. Credit: CJP.

And it will remain his job, but on a different level. Shrage isn’t retiring. Since July, he has been charged with a new effort at Brandeis University in Waltham, Mass.—the Initiative for Jewish Identity (part of the Cohen Center for Modern Jewish Studies)—to develop innovative educational programming for the Jewish community. In the fall, he will also begin teaching in the Hornstein Jewish Professional Leadership Program at Brandeis, training and mentoring students. And he now sits on the boards of the local Rashi and Maimonides Jewish day schools, the Beth Israel Deaconess Medical Center and the Gift of Life Foundation.

Away from Federation work and into academia, he has time to ponder the change of course. He does so with deliberation—proactively, deciding what’s next. There’s still a little summer left, a little time before the calendar starts in full force. When asked a lighter question—for instance, the flavor of ice-cream he likes best—Shrage actually seems stumped.

He pauses, thinking (as usual) before answering: “It’s all good.”