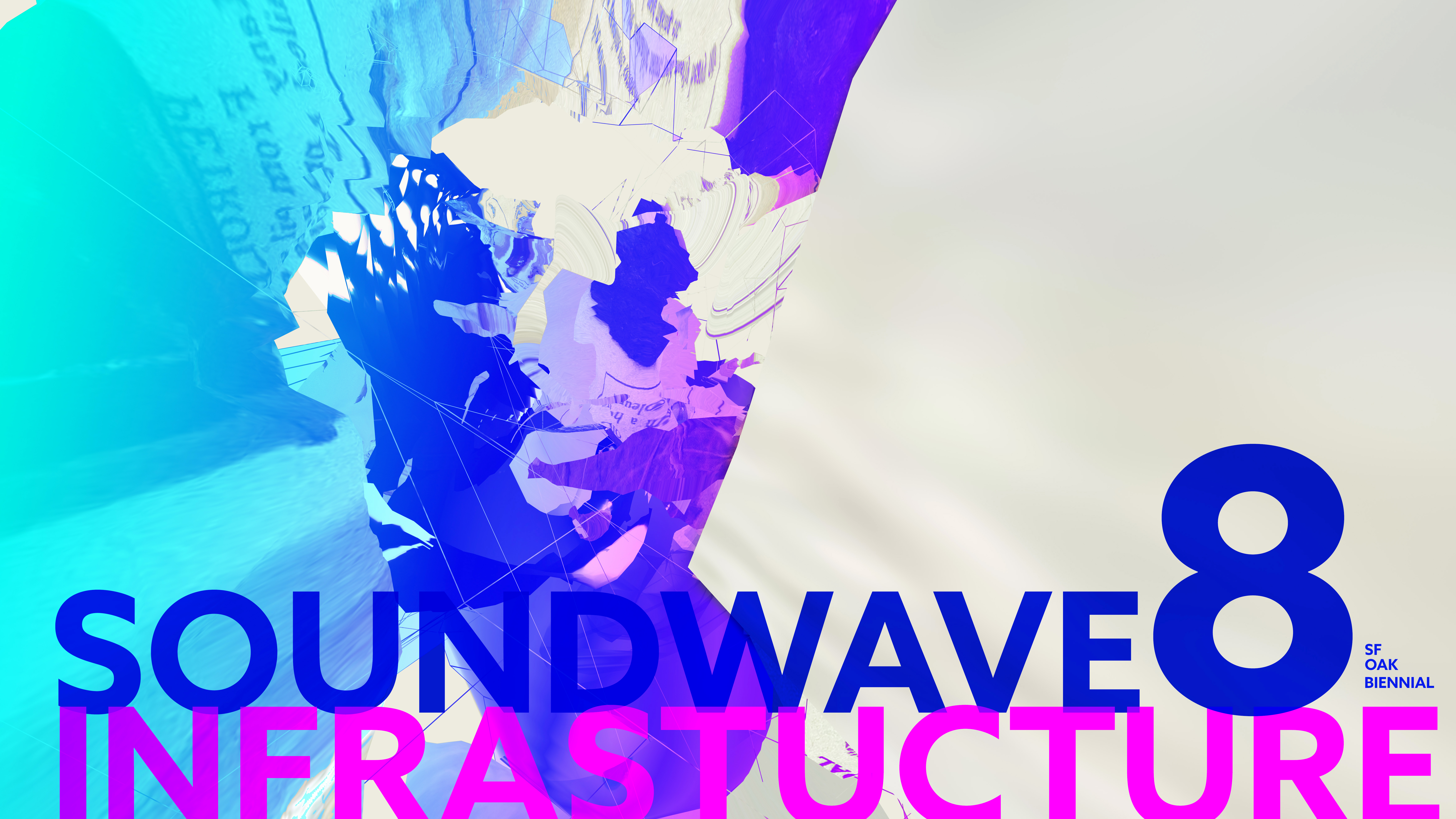 UC Santa Cruz alumna Alexa Burrell has been nominated for Soundwave’s Buzz Award this year, an honor recognizing an emerging Bay Area artist who is making a great impact in their particular sound/music field.

Jennifer Parker, professor of art and founding director of UCSC’s art-science research center OpenLab. She joined the Soundwave board of directors in 2017.

Soundwave is an acclaimed festival of innovative sound, art, and music that takes place every two years in the San Francisco Bay Area.

A multi-venue, two-month sound performance and exhibition series, it provides opportunities for new work from diverse artists that push the boundaries of sound, media, and performance.

Each season explores a new idea in sound and invites multi-disciplinary artists and musicians to run with that theme in new and innovative directions. The 2018 theme is infrastructure, and it refers not only to the basics of city infrastructure–such as joists and support beams–but also to the human and ecological frameworks affected by physical systems.

It kicks off on September 8, at Counter Plus in San Francisco with “HVAC: Thermal Comfort,” a new work by UC Santa Cruz art lecturer Dana Hemenway and San Francisco media artist and composer Surabhi Saraf. The piece is described as “a journey through sculpture, movement, and sound to contemplate how heating, ventilation and air conditioning systems play out on the human body.”

Hemenway received her B.A. in art from UC Santa Cruz in 2003. She has had residencies at the Bemis Center for Contemporary Art (Omaha, NE), SÍM (Reykjavik, Iceland), The Wassaic Project (Upstate New York), Root Division (San Francisco, CA), and is a charter resident of the Minnesota Street Project’s Studio Program in San Francisco.

She is also the recipient of The San Francisco Arts Commission Individual Artist Grant, and was awarded her first permanent Public Art Commission for SFO’s Terminal 1, which is scheduled for completion in late 2019.

UC Santa Cruz arts alumna Alexa Burrell will be one of three artists featured in “Time: Miracle” at Lake Merritt’s Bonsai Garden on October 5. This work in an investigation of trauma and healing and its relationship with structural systems such as time and space on a personal and historical level.

Burrell earned a B.F.A. with an emphasis on sound and video from UCSC in 2010 and is now a multimedia artist who composes intricate sonic and video works consisting mostly of sampled and found media. Her works emphasize the textural and visceral qualities of body, voice and identity. Burrell is the video artist for House/Full of Blackwomen, a performance collective created by Amara Tabor-Smith and Ellen Sebastian-Chang. Her work has been featured at Pro Arts Gallery, Berkeley Art Museum and Pacific Film Archive, SomArts Cultural Center, and Eastside Arts Alliance.

Burrell has additionally been nominated for Soundwave’s Buzz Award this year–an honor recognizing an emerging Bay Area artist who is making an impact in their particular sound/music field and has demonstrated great potential and commitment to performance and immersive art.

Assistant professor of film and digital media Anna Fritz will also perform in “Transmission” on October 19, at the Laundry in San Francisco, along with artists Andy Puls and Madalyn Merkey. This performance is described as “a collection of new media artists examining sound as ephemeral material charged with the physical capacity to embody listeners to engage memory, imagination and contemplation with the liveness of sound.”

Fritz specializes in multichannel radio transmission systems for installation, performance, and broadcast, or works in which radio is often the source, subject, and medium of the work.

She also composes sound works and installations for theater, dance, film, and solo performance that reflect upon public media culture, political landscapes and systems, time perception, the intimacy of signal space, and speculative fictions. In the past year, her work has been presented at Ars Electronica Big Concert Night (Linz, Austria), the Museum of Arts and Design (New York), and Tsonami Festival de Arte Sonoro (Valparaíso and Santiago, Chile).

“I’ve been really impressed with the enthusiasm and dedication of the Soundwave group to put on such an incredible festival that has continued to push and evolve the boundaries of the sound art scene to include new media works, video, and performance,” noted UC Santa Cruz film and digital media professor Jennifer Parker, who joined the Soundwave board of directors in 2017. “The scene is eclectic, diverse, and inclusive.”

Parker first became involved with Soundwave in 2012, when founder Alan So invited her to produce an exhibition for the Soundwave ((5)) Humanities biennial. Working with UCSC’s OpenLab, she developed a series of works with Ph.D. students in music, graduate students in digital arts and new media, and undergraduates in art, physics and engineering. These projects were installed for three months at Intersection for the Arts in San Francisco.

For Soundwave ((6)) Water, Parker introduced OpenLab’s Oceanic Scales interactive art and science puzzle at the California Academy of Art and developed an exhibit for their Water World Exhibit at Alterspace in San Francisco.

“One of the great things about Soundwave is the number of active artists, designers, producers who make up the board,” said Parker. “The group has a unique vision, carefully crafted by a diverse set of select curators, to create outstanding programming in both traditional and more radically untapped spaces throughout the Bay Area.”

“My specific role on the board this year has been to help envision future programming with the group for the next biennial, while working with board members and curators to identify and secure venues for programming,” she added.