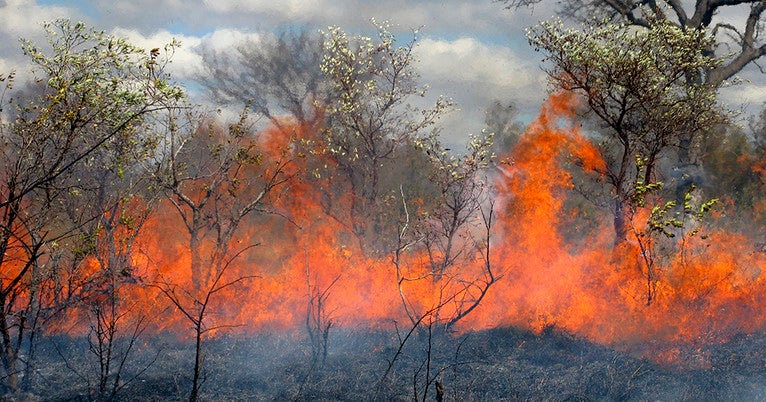 Carla Staver, assistant professor of ecology and evolutionary biology at Yale, has won an award of just over $1 million from the National Science Foundation (NSF) to develop a better understanding of wildfires globally. The five-year grant is through the NSF MacroSystems Biology and Early National Ecological Observatory Network (NEON) Science programs.

Under the grant, Staver’s lab will leverage big data to improve the theoretical models for predicting the course and extinction of wildfires — which, to date, have been unreliable and inconsistent, according to Staver. In collaboration with scientists in South Africa, Zambia, and Gabon, Staver’s lab will start by looking at fire occurrence and extinction in the savanna biome specifically; Staver expects their findings will eventually be applicable to other flammable systems, including the coniferous and Mediterranean systems of the American West.

The NSF notes that the findings from environmental, biological, and ecological research have often been uncertain because they’ve been measured on the wrong scale — that is, conducted only as studies of local effects that ignore impact of changing global processes. Thus, noted the organization, major ecological challenges have remained unsolved with experiments and observations because they have been prohibitively expensive to conduct without a continental network of data collecting infrastructure like NEON; grants like the one Staver has received are the NSF’s attempt to dismantle this financial barrier to better research outcomes.

Staver explained that by improving the understanding and representation of fire extinction mechanisms in global fire models, her newly funded research project may improve predictions of wildfire occurrence on Earth generally. The project will be ongoing through 2023.