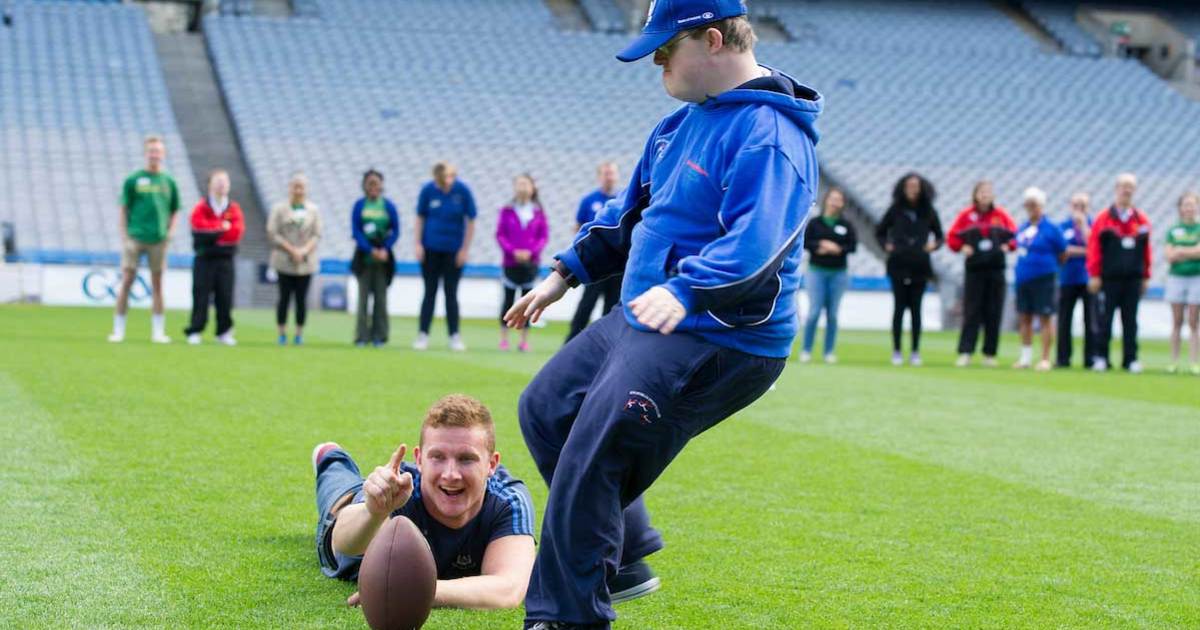 The game, which is free and open to the public, will feature 15 athletes — 10 from South Bend and five from Ann Arbor — ranging in age from 10 to 30. There will be five players to a side — three athletes and two unified student partners — during play.

Golic, an Academic All-American during his time with the Irish, currently hosts “First and Last” on ESPN radio. He also guests with his father, former Notre Dame and NFL player Mike Golic Sr., and Trey Wingo on “Golic and Wingo,” another ESPN Radio program.

Howard, the 1991 Heisman Trophy winner for the Wolverines, played 10 years in the NFL, winning one Super Bowl. He currently works as a college football analyst for ESPN.

After the game, Golic Jr. and Howard will present the “ND/Michigan Unified Flag Football Rivalry Series” trophy to the winning team.

The game will move to Ann Arbor next year, in October, when the Wolverines host the Irish in the second of two games in the renewed rivalry.

Jeff Mohler, president and CEO of Special Olympics Indiana, said: “Friday afternoon isn’t just about a football game. It’s also about inclusion.  Students from Notre Dame and Michigan chose to include individuals with intellectual disabilities on their flag football teams.  And by doing so, they change attitudes and perceptions about our athletes.  I thank the student leaders from both academic and football powerhouses for including our athletes in this memorable weekend.”

Founded in 2010, Special Olympics Notre Dame is a non-profit service club for Notre Dame students that provides year-round training and competition in a variety of sports for children and adults with intellectual disabilities in the South Bend area, consistent with the Special Olympics movement.

More information is available at specialolympics.org.