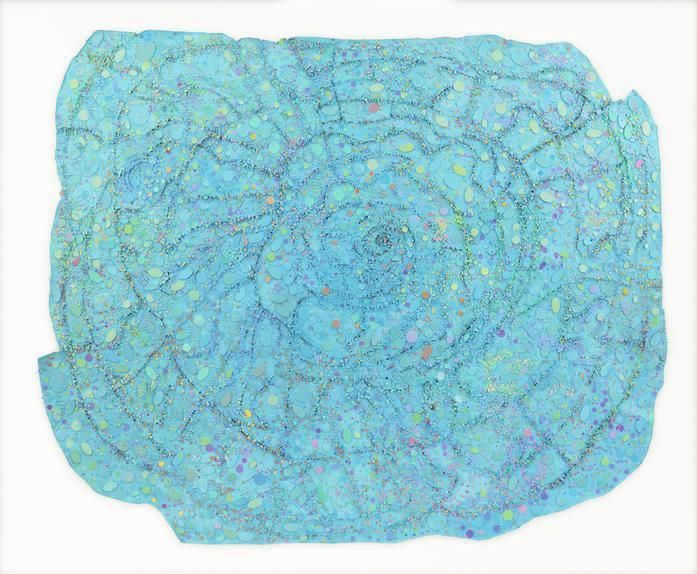 The art of Howardena Pindell comes back around to the circle. In “What Remains to Be Seen,” her 100-work retrospective now on view at the Virginia Museum of Fine Arts, there are brushed circles, sprayed circles, and circles punched out of paper. There are paper disks, thousands of them numbered by hand, and the holes from which they were cut. And there are depictions of stars and planets—in her 40s, Ms. Pindell took up the study of astronomy: Orbs of color and light cluster together in dense, spiraling constellations of collage.

Howardena Pindell: What Remains to Be Seen

In her life, as in her work, Ms. Pindell resists the easy fit. As a black woman, in 1967, she became a pioneering graduate of the Yale School of Art. While continuing to paint, she joined New York’s Museum of Modern Art as its first black female curator. “We owe our vocation as career curators to the trail blazed by Pindell,” write this exhibition’s organizers, Valerie Cassel Oliver of the VMFA and Naomi Beckwith of the Museum of Contemporary Art Chicago, where the show originated. (On Jan. 24, 2019, the exhibition will open at Brandeis University’s Rose Art Museum in Waltham, Mass.)

With her wide-ranging style and broad use of materials, Ms. Pindell has long been a round peg in a square hole. Enigmatic at times, didactic at others, she is an innovative abstractionist who also works in photography and video. 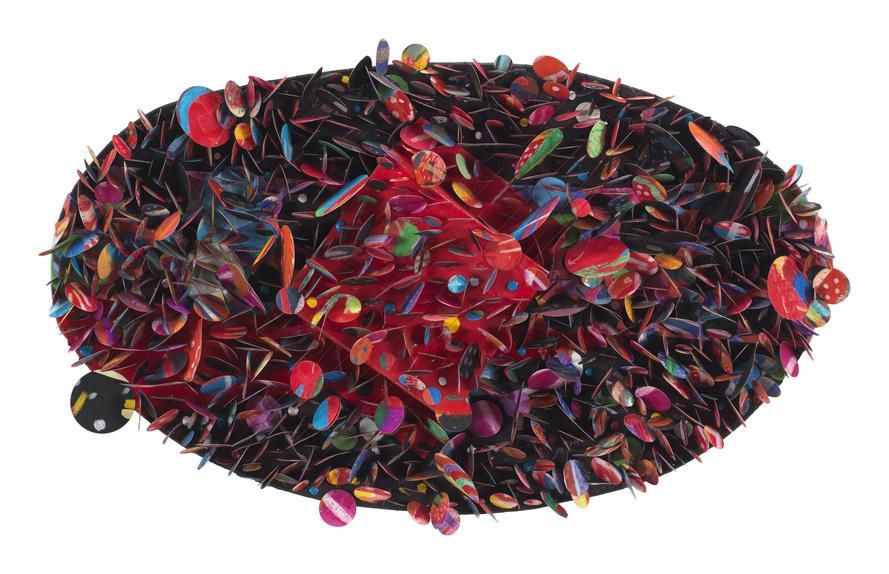 Ms. Pindell, now age 75, says the recurring motif of the circle, connecting much of her art, goes back to a childhood memory. While traveling with her father—a mathematician who influenced her own interest in statistics—she stopped at a root-beer stand and looked down at the red circle painted on the bottom of her mug. The symbol designated the mugs for use by blacks only. “I see that as the reason I have been obsessed with the circle,” Ms. Pindell recounts in the exhibition catalog, “using it in a way that would be positive instead of negative.” 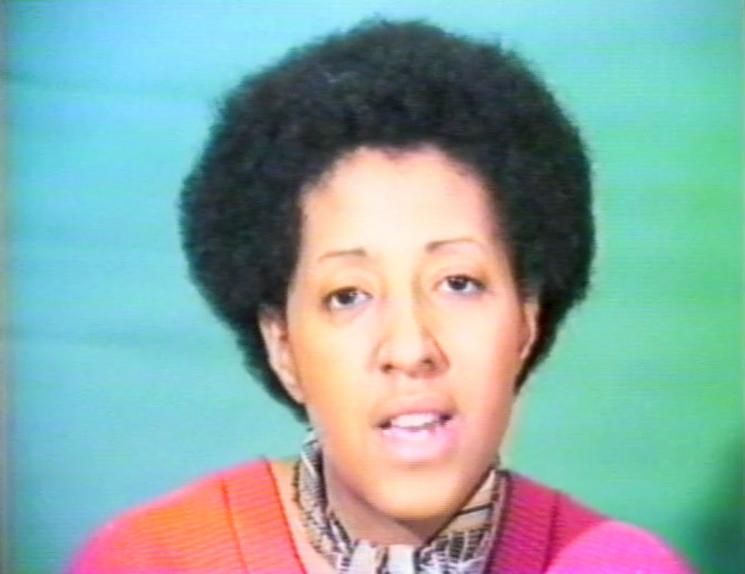 In Richmond, where this exhibition is divided between two sections at opposite ends of the museum, the show opens in a gallery that follows Ms. Pindell’s circular developments on canvas. In her early paintings, such as “Space Frame” (1969), circles appear to orbit in square grids. By the early 1970s—for example in a canvas recently purchased by the VMFA—the circles have become dots, sprayed through the holes of handmade templates, while the hole-punches themselves reappear as dappled chads pasted on the canvas
surface. 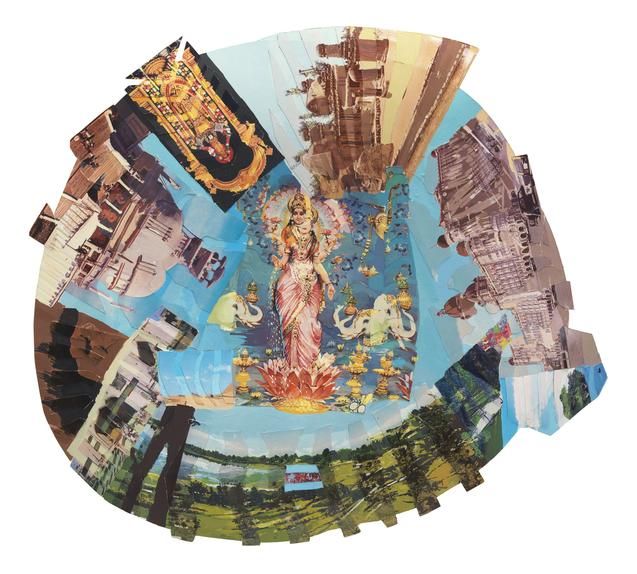 In 1979, Ms. Pindell’s art pivots around two events: her departure from MoMA for a professorship at Stony Brook University, where she continues to teach today, and a serious car crash that affected her memory and sight. Politics, once sublimated in her abstractions, bubbles up to the surface. Words and images appear in her compositions with increasing stridency. Her canvases, now left unstretched, are cut up and stitched back together. 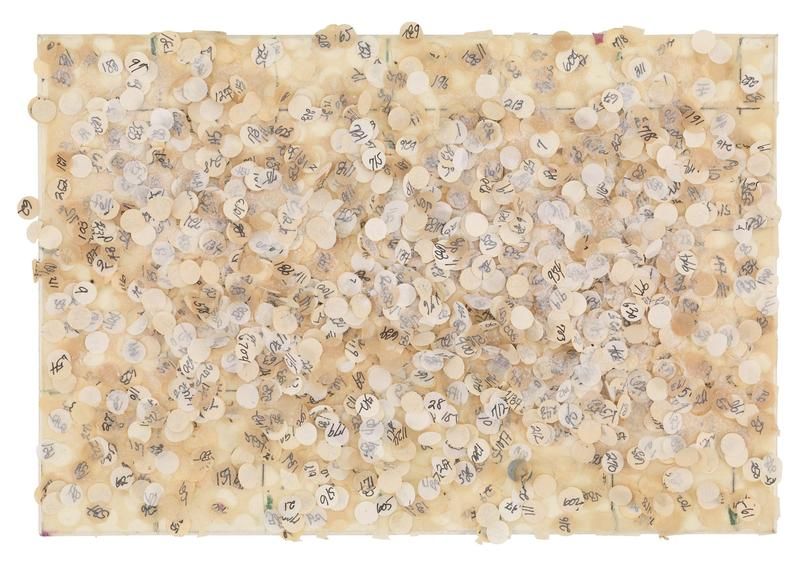 While the first section of this exhibition displays Ms. Pindell’s range on canvas, the second shows her diversity of media. Here, works on paper are encrusted in shimmering material. Watercolor, gouache, crayon, ink, punched papers, spray adhesive, and thread may appear in a single composition. Collages made out of postcards from her many travels are cut into mesmerizing designs. Meanwhile, a suite of video work demonstrates the range of her art. In the mid-1970s, and again in 1988, Ms. Pindell took photographs of her television set, which she appended with cryptic notations on sheets of acetate adhered through static to the screen. “Free, White and 21,” a harrowing 12-minute video performance piece of 1980, speaks to her work’s confessional turn, as her biography became her subject matter. 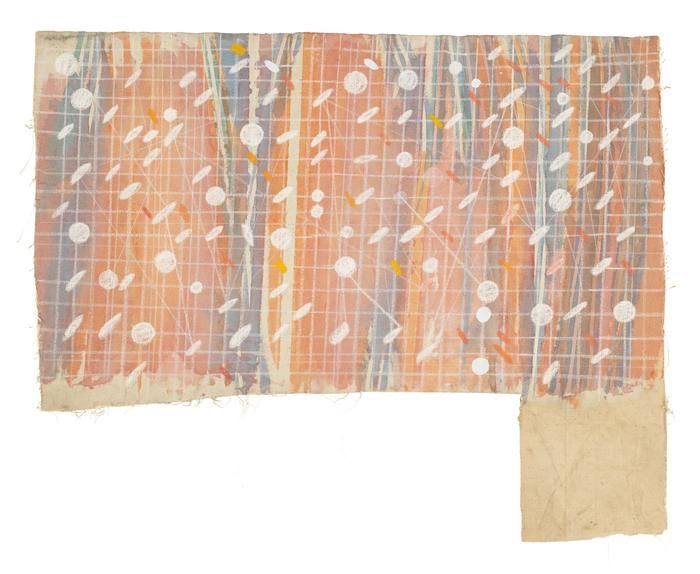 “Things cycle back around in Pindell’s work,” note the co-curators of this exhibition. While it may have complicated her career, her art’s nonlinear progression speaks to her aesthetic independence and suits the divided arrangement of this show. I could have used a trail of chads to connect the two sections, but a walk through the VMFA’s encyclopedic collection hints at the many sources of Ms. Pindell’s elliptical art, from Washington Color School painting to African textiles. As her latest works at one end of the museum—swirling abstractions such as “4C the Planets” (2007) and “Night Flight” (2015-16)—recall her earliest paintings at the other, we see her art come full circle.

—Mr. Panero is the executive editor of the New Criterion.