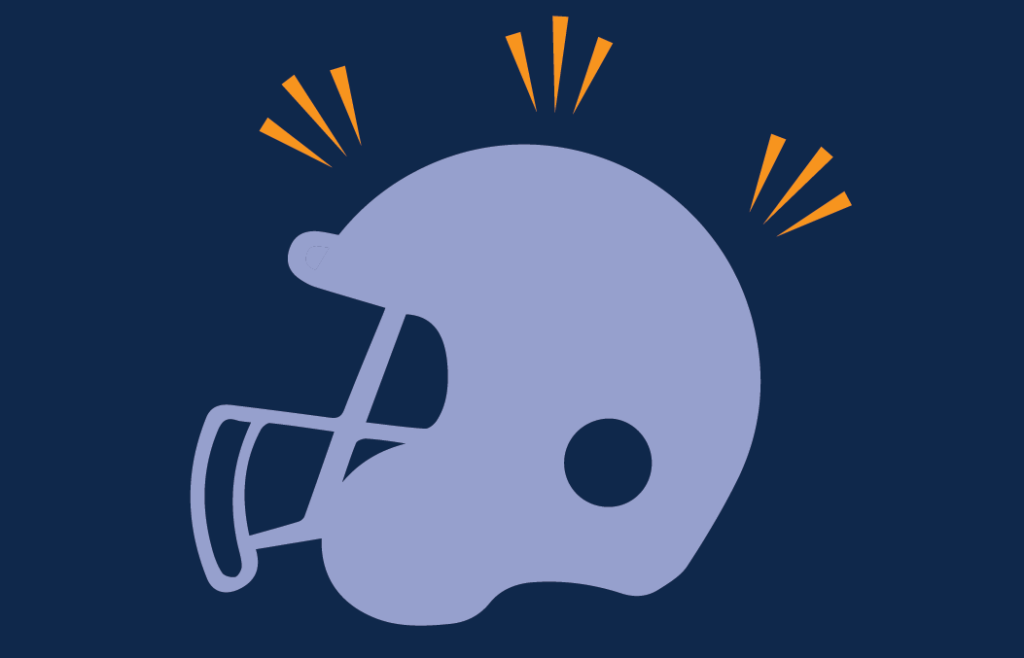 What would happen if we started thinking of National Football League players as workers, who might be in harm’s way as they huddle, tackle, fumble and crash to the amazement of millions of viewers in the United States?

That’s one one of the provocative questions that Adam Finkel, clinical professor of environmental health sciences at University of Michigan’s School of Public Health, recently addressed in two publications:

Finkel worked at the U.S. Occupational Safety and Health Administration as regional administrator and as director of the health regulatory programs at OSHA headquarters before joining U-M.

Q: You’ve spent the last few years looking at this issue from a legal and research perspective. What were your main conclusions?

Finkel: I believe OSHA has authority and responsibility to go after occupational diseases like this one. They really should be encouraged to stop ignoring this issue and do their job, which is to either issue a regulation covering repeated head trauma in football and other occupations, or to conduct inspections of these workplaces using their authority under the General Duty Clause of the OSHA law, or to propose some kind of public-private partnership with the league and the Players Association. The reality is they’re not doing much of anything right now. And I don’t have a lot of hope that there will be progress under the Trump administration.

No matter what governance tool OSHA might propose, there will be lots of concern about possibly changing the way football is played. Indeed, while a recent court decision (involving the SeaWorld entertainment park) upheld the notion that OSHA can strictly regulate an entertainment outlet just like any manufacturing industry, the one judge in dissent was current Supreme Court nominee Brett Kavanaugh. So for that and other reasons, I think the most promising avenue would be for the government and the industry and the union to take the lead in suggesting ways to preserve most of what makes the game enjoyable, but create a safer set of rules and a safer set of monitoring and medical surveillance and policies to protect the most vulnerable people who may need extra time off of the job to recover from their injuries.

Q: What do you hope your research’s impact will be?

Finkel: It certainly is possible that our paper will encourage the players either individually or through their union to approach OSHA, like any worker or any union would do, and exercise their right under the law to seek OSHA’s assistance at their workplace.

I assume that the union has always known that that right exists, but I think putting it all in one place and saying here are the reasons why the right to call OSHA exists and how it’s been used in the past, might be helpful.

And I think that if the league and the Players Association and Congress were thinking clearly about this, they would see that involving OSHA is not a bad thing, is not a sign of weakness. It could actually be helpful to the game.

I think the public is seeing what’s happening in front of their eyes—that the National Football League is very powerful and they’ve gotten all kinds of special deals from Congress in the past—that there’s nobody really representing the public interest in this.

Q: Do you think there’s a willingness from the government to even talk about this issue?

Finkel: I think it would do the league some good if there were a long-term discussion started with government that would probably not lead to regulation but might lead to some kind of “enforceable partnership” where everybody agrees that this is the path forward and the government’s role is to make sure that we live up to our voluntary commitment to do better.

That could happen even in the Trump administration. OSHA has done serious regulation in the past when they found groups of workers with a common ailment, sometimes as few as five or 10 workers in a plant with a chemical that was causing cancer or sterility. Here we already have 110 people who have died with this brain disease. It seems to be clearly related in part to their paid salaried work at the NFL and nobody else is empowered to do anything about it. It’s got to be the Labor Department and OSHA.

Q: You make the point that NFL players are workers and even when they work for a short time they can be permanently affected by their jobs.

Finkel: We make the point that entertainers are workers, just providing enjoyment rather than making a product. OSHA has done a little bit in the area, in Broadway shows, movie sets. So clearly they have the power to take an interest in that.

To call them workers as they are means that they deserve public protection for their work. Just because you’re doing it for pay doesn’t mean necessarily that you understand exactly what the risks are and that you’re being compensated for the risk-taking. Obviously, these are highly paid people in part because they know their careers are short. But just because they are clearly highly compensated does not mean they understand necessarily how dangerous this work is.