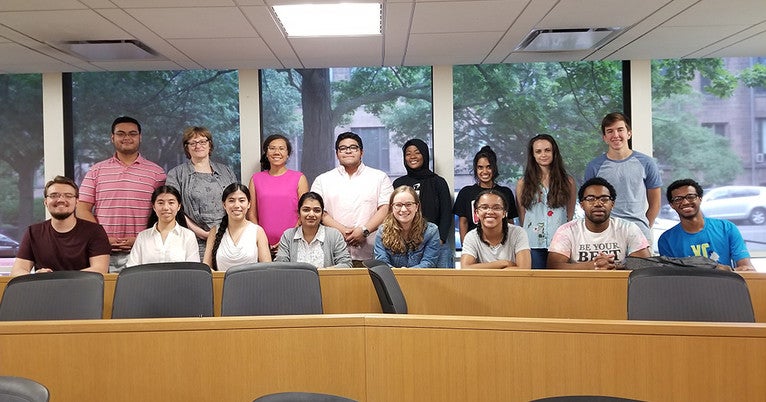 The program is named in honor of Evelyn Boyd Granville, who obtained her Ph.D. in mathematics from Yale in 1949 and was the second African-American woman to receive a Ph.D. in mathematics in the United States. Granville’s long career in research and teaching, including work in celestial mechanics digital computer techniques for the Apollo program, was recognized in 2000 with the Yale Graduate School Alumni Association’s highest honor, the Wilbur Lucius Cross medal.

Granville Academy’s curriculum blended astrophysics tutorials with information about equity and inclusion in science, technology, engineering, and math (STEM). The program was taught by Louise Edwards, a former lecturer in astronomy at Yale who is now a professor of physics at Cal Poly San Luis Obispo, and Meg Urry, Yale’s Israel Munson Professor of Physics and Astronomy, with help from Yale physics graduate students Tonima Ananna, Charles Brown, and Lamiya Mowla.

If we are going to meet the challenges of the 21st century … we need to access the entire pool of available talent.

“Our aim is broadening access to the STEM profession,” Urry said. “If we are going to meet the challenges of the 21st century, many of which depend on science and technology, we need to access the entire pool of available talent.”

The program had 17 students, including three visiting students from the University of Maryland-Baltimore County and three students from Cal Poly San Luis Obispo, as well as students from other Yale summer programs, such as the Department of Astronomy’s Hoffleit Scholars. The students learned about useful astronomy skills and discussed obstacles they may face as they pursue a career in STEM.

“Our idea is that discussing those obstacles will help inoculate them from the adverse effects,” Urry said.

On the final day of the academy students gave brief presentations about their research projects, had a celebratory lunch, and watched the movie, “Hidden Figures.”