As the academic year begins, the new Student Union President is eager to leave her mark on Brandeis. 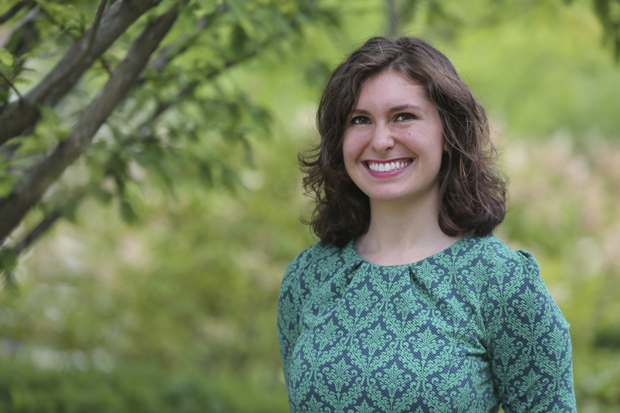 She hadn’t set foot on Brandeis’ campus until the eve of her first day of orientation, and she now leads her peers as Student Union President.

Hannah Brown ’19 didn’t leave her hometown of Longview, Texas for a tour of Brandeis, but she realized she made the right choice within minutes of her arrival as a student. The International and Global Studies (IGS) and Economics double-major, who fell in love with her community right away, takes great pride in now helping to lead it.

“I had a terrible track record of not liking any school I visited, so my mom said ‘we’re not jinxing this one, just go to orientation,’” Brown said. “I ended up loving Brandeis once I arrived. Orientation was really great and I felt like I belonged the moment I got here. Not visiting beforehand was probably the gutsiest thing I’ve ever done, but it worked out.”

“When I first applied, I liked what Brandeis represented,” Brown added. “I think a lot of prestigious schools say they want to be good for the sake of being good. But Brandeis says ‘we want to be good to give back and to do good things for the betterment of the world.’”

Brown enjoys her classes and spending time with friends but, like most Brandeisians, is also involved in numerous activities across campus.

This past summer, she interned as a digital editor for Brandeis’ digital communications team. This academic year, she will also serve as an Undergraduate Department Representative (UDR) for IGS. She is also a student representative to the Alumni Board.

But of all her extracurricular activities, Brown prioritizes and takes the most enjoyment out of her work with the Student Union.

Brown has been involved in student government throughout her time at Brandeis. After attending an info session about the student union in her first month on campus, she ran and subsequently won a race for North Quad Senator. Brown said was motivated to run in large part by Nyah Macklin ’16, who was Student Union President at the time and helped advance a number of causes related to race relations on campus.

“Nyah was incredible and inspiring and I remember saying to myself, ‘wow, if I could be as amazing that,’” said Brown. “I think it was a small dream of mine to be President since I first got involved in the Student Union.”

Brown has since realized her dream and followed in Macklin’s footsteps. After serving as the Class of 2019 Senator as a sophomore and as Vice President as a junior, Brown took her role as a union member to the next level by becoming President.

Though she ran for the presidency unopposed, Brown garnered support from her peers to improve student life at Brandeis in three key areas: affordability, student life and diversity and inclusion.

Her specific plans are centered on opening up new lines of communication with the university administration with regard to find new ways of alleviating the cost of attending Brandeis for students; expanding bystander training for club leaders to diversity and inclusion training; expanding campus accessibility and sustainability initiatives; increasing collaboration between student clubs and academic departments; and opening up new channels for administration and undergraduates to work together.

Brown already has a proven track record of bringing communities closer to one another, though she is asking her fellow students for help.

“I want to students to know that the Union is here to be a resource for them,” Brown said. “We’re not here for ourselves or some personal agenda, we’re here because we love Brandeis.”

“I don’t think we’re as effective as a body if we don’t hear from our student peers. All students should feel comfortable coming to us because we work for them and we only do good work when we’re in touch with what our students need.”