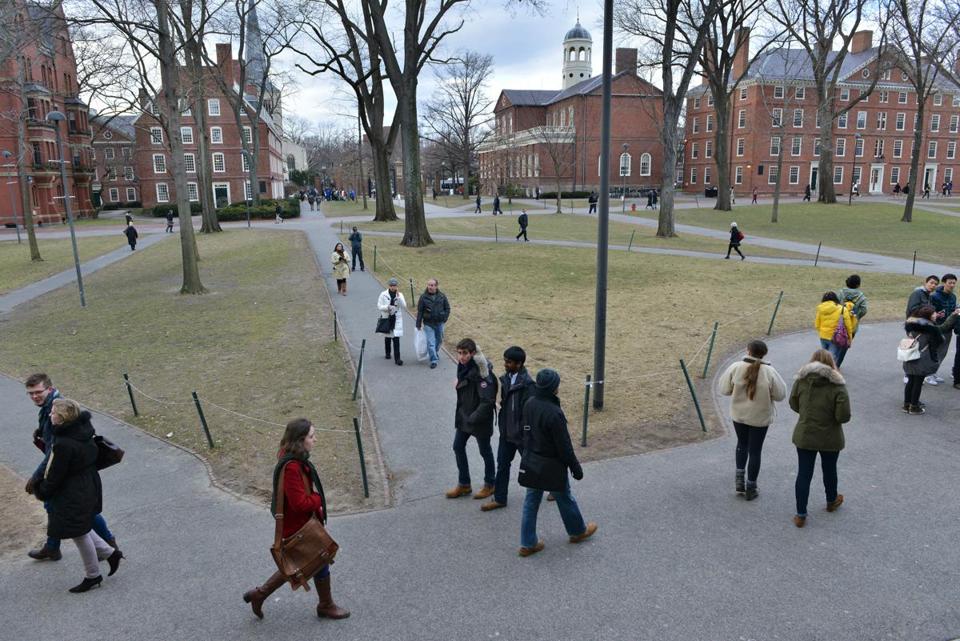 Several New England schools once again made it to the top of US News and World Report’s annual college rankings, some trading places in seniority on the lists and others coming in at a tie.

For the eighth year in a row, Princeton University was ranked first in the national universities category, leaving Harvard University in second place, according to the rankings, which were released Monday.

With an overall score of 96 — Princeton was the only university with a score of 100 — Harvard is ranked third in graduation and retention, and the university also had a 96 percent graduation rate.

Yale University once again tied in third, and the Massachusetts Institute of Technology moved up from a tied fifth-place ranking last year to a tie in third place this year. MIT was also ranked first for best engineering programs, where the highest engineering degree offered is a doctorate.

Get Fast Forward in your inbox:
Forget yesterday’s news. Get what you need today in this early-morning email.

A look at where New England colleges and universities ranked on the list, which was released Monday.

In the category of best national liberal arts colleges, Williams College in Western Massachusetts once again came in first place, a title it’s held for 16 years straight . The school was the only college on the list with a 100 overall score. It tied in first place for graduation and retention rates and had a 94 percent graduation rate.

Bowdoin College moved down in the rankings this year, tied in fifth place after tying for third last year. Meanwhile, Middlebury College moved up from a tie in sixth place last year to a tie in fifth this year.

The annual listings evaluate schools based on up to 16 different areas of academic excellence, assign the schools an overall score, and then rank them based on those scores.

The US News and World Report also did a web exclusive this year with the top ranked colleges based entirely on high school counselor rankings. In that list for national universities, Harvard, MIT, and Yale all tie in first place alongside Princeton and Stanford University in California.

For national liberal arts colleges, the high school counselors ranked Amherst, Bowdoin, and Williams in a tie for fourth place, alongside Swarthmore College in Pennsylvania and Harvey Mudd College in California. The US Naval Academy, Military Academy, and Air Force Academy are ranked first, second, and third on that list, respectively.

Complete rankings can be found on the US News and World Report’s website.