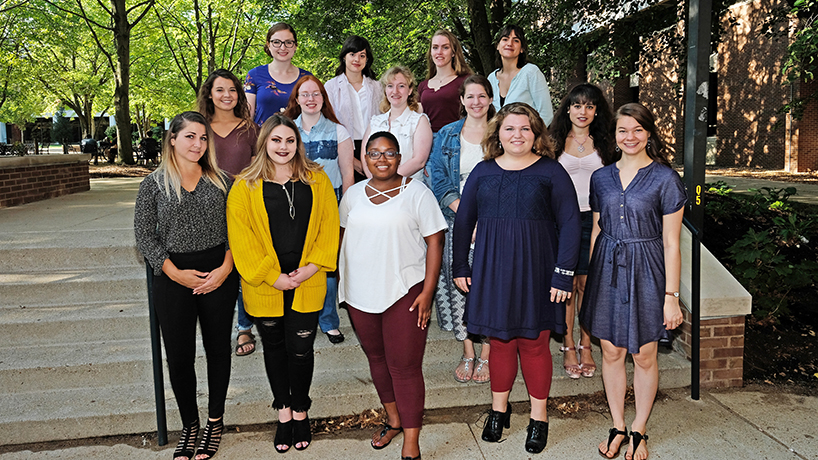 Students, parents and faculty gathered over breakfast Wednesday morning to a celebrate the 25 recipients of the Eugene J. Meehan Scholarship in the 2018-19 academic year.

The annual scholarship awards $3,000 each to students at the University of Missouri–St. Louis. Applicants must be full-time juniors or seniors in the College of Arts and Sciences with a GPA of at least 3.3, and they must have a financial need. 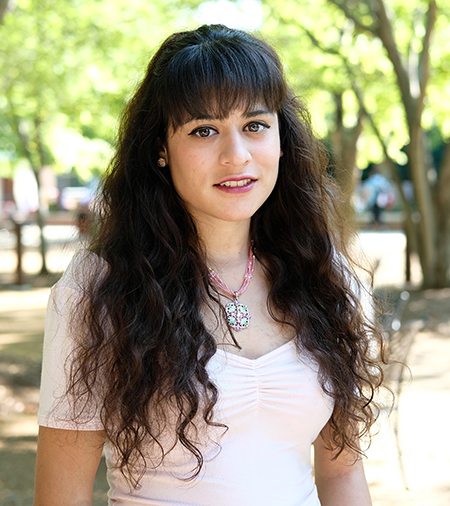 Deborah Garcia will be able to work fewer hours while she works toward a double major in mathematics and modern languages.

“The scholarship is significant in that it relieves so much financial pressure and allows me to finish my undergraduate degree debt free,” said Anna Henrickson, a senior studying classics through the interdisciplinary program. “Like many students, I have worked the entire time I have been enrolled in college.”

Others also noted that the scholarship will allow them to focus on school. Deborah Garcia, a California native raised in Mexico and a senior studying mathematics and modern language, sees it as an investment in education and says she now can work fewer hours as she strives toward long-term goals.

“I want to become a science translator for the STEM field,” she said. “I want to be able to write textbooks for different subjects in mathematics, like trigonometry and calculus, as well as grammar textbooks for non-native speakers in Spanish, French or English.” 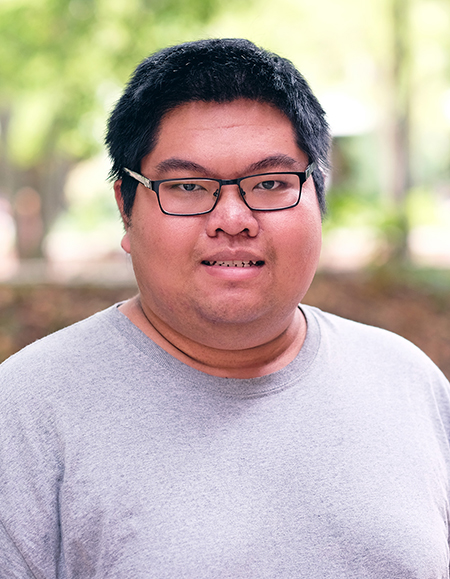 Duc Ngo hopes to work in software development after graduation.

Duc Ngo, a Vietnamese immigrant who is a junior studying computer science and mathematics, hopes to work in software development. He felt surprised and grateful upon learning the committee had selected him.

“The scholarship program is important to access and affordability and is a way to enhance what makes UMSL special, which is building relationships between faculty, staff and students,” explained Andrew Kersten, dean of the College of Arts and Sciences.

It was established at the bequest of Eugene J. Meehan, a Curators’ Professor Emeritus. In addition to his many academic successes, Meehan flew 88 combat missions in a P-51D Mustang in World War II and received a Distinguished Flying Cross for heroism. He moved on to military education and then the civilian sector, writing 27 books along the way.

He believed in “crystal clear thinking” and that “knowledge is not knowledge for its own sake,” recalled Founders Professor Emeritus Terry Jones, Meehan’s friend and colleague. Meehan was dedicated to using knowledge to improve both undergraduate education and the human condition.

He was also “a crusty character” with a generous heart, and Jones related a time when he and Meehan discussed retirement.

“He said to me, ‘This has been the best part of my life teaching at the University of Missouri–St. Louis, particularly the students I’ve had the opportunity to work with, and you’re going to get a surprise when I die. You’re going to get a big thank you,” Jones said and then addressed the audience. “You were Gene’s thank you.”