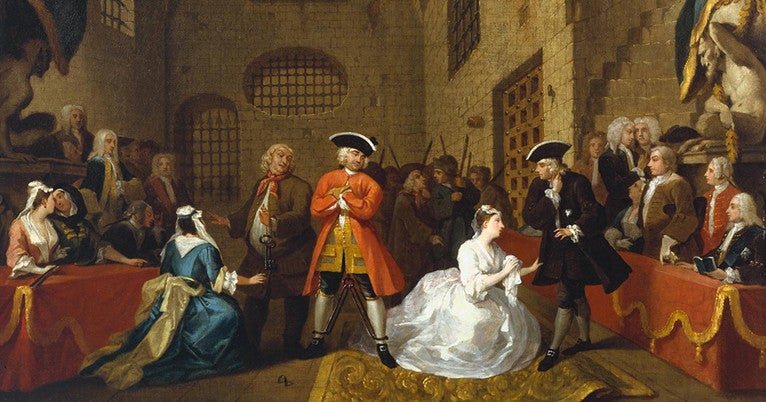 The 21st annual faculty staged reading will be a concert performance of John Gay’s “ballad opera,” “The Beggar’s Opera” of 1728, generally considered the first musical. It will be held in the lecture hall of the Yale Center for British Art on Tuesday, Sept. 11 at 5:30 p.m. The script has been edited to run about 75 minutes. Admission is free and open to the public.

“Perhaps better known than this 18th-century work is its adaptation exactly 200 years later by Bertolt Brecht and Kurt Weill, ‘The Threepenny Opera,’” says Briggs. “Yet the pioneering original has continued to entertain and delight audiences, not least for its music, which was assembled by Christopher Johann Pepusch mostly from anonymous popular tunes of the day and earlier, but also appropriating airs by the likes of Handel and Purcell.”