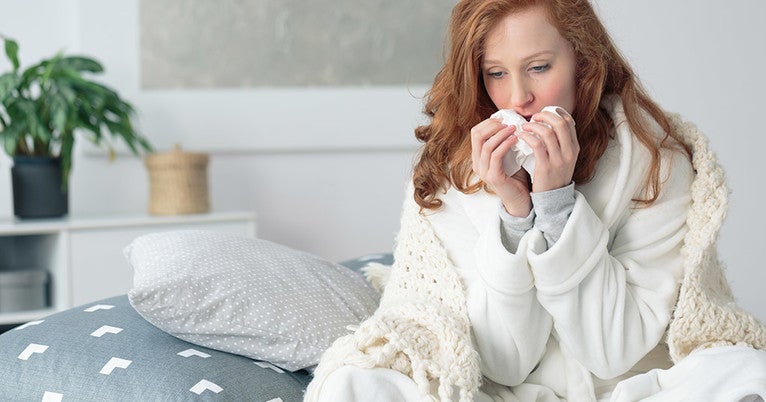 A Yale research team has revealed how cells in different parts of the human airway vary in their response to the common cold virus. Their finding, published in Cell Reports, could help solve the mystery of why some people exposed to the cold virus get ill while others don’t, said the researchers.

Rhinovirus is a leading cause of the common cold, asthma attacks, and other respiratory illnesses. When the cold virus enters the nose, cells that line the airways, known as epithelial cells, respond and often clear the virus before it can replicate and trigger symptoms. But in other cases, individuals exposed to the virus get either mildly or seriously ill. A team of researchers, led by Ellen Foxman, set out to determine why.

The research team used epithelial cells from healthy human donors. The cells were derived from either the nasal passages or the lungs. They exposed both cell types, maintained under the same conditions in cell culture, to rhinovirus. To their surprise, the researchers observed a more robust antiviral response in nasal cells.

To investigate further, the researchers triggered the virus surveillance pathway — known as the RIG-I pathway — in both nasal and lung cells. They found that both cell types generated an antiviral response and a defense response against oxidative stress, a form of cell damage induced by viruses and other inhaled irritants such as cigarette smoke or tree pollen. In nasal cells, the antiviral response was stronger, but in bronchial cells, defense against oxidative stress was more pronounced.

In additional experiments, the research team found evidence for a tradeoff: The defense response against oxidative stress shut off antiviral defenses. To probe this further, the team exposed nasal cells to oxidative stress in the form of cigarette smoke, and then to the cold virus, and found that the nasal cells were more susceptible to the virus. “They survive the cigarette smoke but can’t fight the virus as well,” Foxman said. “And the virus grows better.”

This finding points to a delicate balance between the body’s different defense mechanisms, Foxman said. “Your airway lining protects against viruses but also other harmful substances that enter airways. The airway does pretty well if it encounters one stressor at a time. But when there are two different stressors, there’s a tradeoff,” Foxman explained. “What we found is that when your airway is trying to deal with another stress type, it can adapt but the cost is susceptibility to rhinovirus infection.”

The study, she said, shows a mechanistic link between environmental exposures and susceptibility to the common cold, and also may explain why smokers tend to be more susceptible to rhinovirus infection. The researchers hope the finding will lead to the discovery of new strategies to combat respiratory viruses, which cause an estimated 500 million colds and 2 million hospitalizations in the United States per year.

This work was supported in part by the National Institutes of Health and the Howard Hughes Medical Institute. A.M.P. has a patent pending for RIG-I stimulation agent SLR-14.