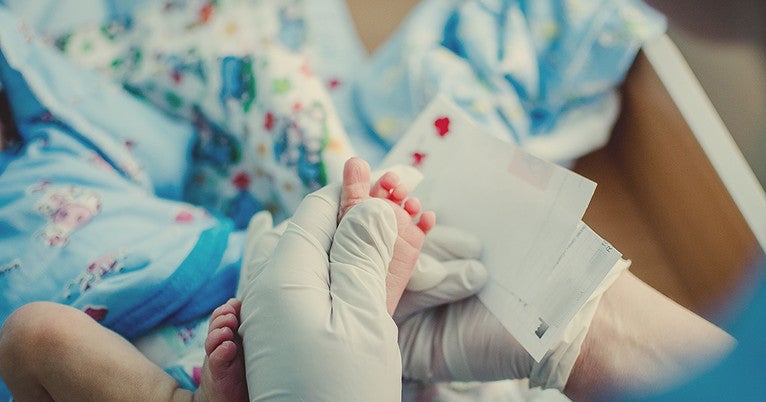 The combination of a new sequencing technique and machine learning can speed up the diagnosis of diseases in newborns and reduce false-positive results, Yale researchers and their collaborators report.

Blood is routinely drawn from a pinprick of an infant’s heel shortly after birth and analyzed for a host of preventable diseases, including more than 40 rare but potentially disabling and serious metabolic disorders. The blood tests are highly sensitive and present a drawback — in many cases they indicate a disorder when none is present.

For instance, reviews of a database of California newborns show that for 100 infants correctly identified as testing positive for methylmalonic acidemia (MMA), an inborn metabolic disorder that causes failure to thrive and can lead to fatal neonatal disease, more than 500 babies were falsely identified as having the disorder.

These false-positive results can cause great anxiety for parents and prompt a battery of tests before they are revealed, said Curt Scharfe, associate professor of genetics and senior author of the new research, which was published Sept. 12 in the journal Genetics in Medicine.

“The time until confirmation is stressful for families, places a burden on the health care system, and in some cases could delay the right treatment for these infants.” Scharfe said.

By introducing a completely new data analysis method, researchers are able to examine an entire metabolic profile that allows for more precise analysis than previous methods, which focus on a smaller fraction of data collected. The new sequencing method developed by the researchers correctly identified 89% of the newborns with MMA.

The team believes it can further increase the sensitivity of MMA gene sequencing to that of another newborn DNA test (for cystic fibrosis) they have clinically validated recently. However, “by combining sequencing with our novel machine learning, we’ve made a big difference in reducing MMA false-positive results,” Scharfe said.

The new combination of sequencing and data analysis can be used to complement existing routine blood work to avoid lengthy testing and speed up the treatment for babies in need of early and additional care, the authors say. Following further clinical validation, the goal is to implement the new testing methods by working with public Newborn Screening (NBS) programs in the U.S. and worldwide.

The Yale team includes the lead authors Gang Peng, a postdoctoral fellow at the Departments of Genetics and Biostatistics at Yale; Neeru Gandotra, associate research scientist in genetics; and Hongyu Zhao, professor of biostatistics, of genetics, and of statistics and data science.

Investigators at Stanford University and the University of California-San Francisco also contributed to the paper.