The NIH said Rodal is “someone who has created an even higher standard of mentorship in an institution already known to place high value on mentorship.” 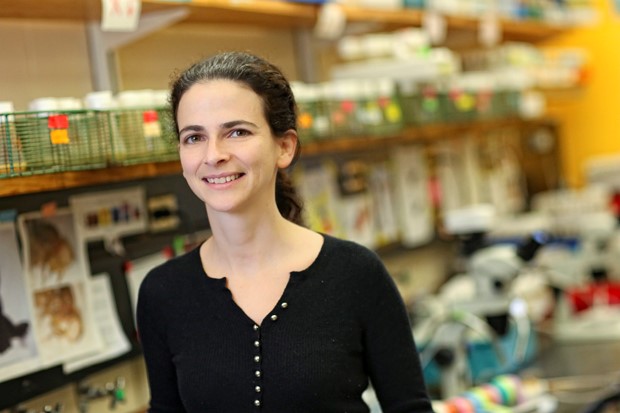 Rodal was among six junior faculty members from around the country recognized for their commitment to mentoring the next generation of scientists. The awardees are nominated by current and former trainees.

It is the first year the prize has been awarded. The professors each receive $100,000 towards advancing the careers of the students and postdoctoral fellows in their laboratories.

In its press release, NINDS described Rodal as “someone who has created an even higher standard of mentorship in an institution already known to place high value on mentorship.”

Rodal studies how signals are transported within and between neurons. Her research has implications for amyotrophic lateral sclerosis (ALS or Lou Gehrig’s disease) and Alzheimer’s disease.

“I’m so honored and grateful that my current and former trainees nominated me for this,” Rodal said. “I’m grateful also that NINDS recognizes that being a proactive, engaged mentor-advocate is a fantastic way to drive rigorous, exciting scientific discoveries while nurturing and cultivating the next generation of scientists.”

The Landis Award is named for Story Landis, a neurobiologist and former director of NINDS who established programs to help promote the development of neuroscientists.

“This award reflects the importance NINDS places on strong mentorship and grows out of our efforts to support the development of the next generation of neuroscientists,” said Walter Koroshetz, the current director of NINDS. “A good mentor is often what inspires young researchers to continue pursuing scientific careers.”

In March, BrandeisNOW asked Rodal what she enjoys about mentoring. She responded:

“I enjoy getting to know students, discovering their interests and figuring out the directions they want to grow. I love to help them brainstorm strategies to achieve their goals and then make plans for executing those strategies. Each person is totally different, and it’s fun to find out what motivates each individual. I love to watch my students grow and develop over time, whether it’s in their research skills, their knowledge or their communication abilities. Nothing is more amazing than sitting back and watching someone talk about their research or studies in a way they couldn’t have done a few years or even months earlier, knowing that I played a role in helping them get to that point.”