Unlocking the mysteries of chromatin – a mix of RNA, DNA and protein that serves to package and protect DNA – could lead to important insights about gene regulation and the genome, as well as cancer and other diseases.

Combining engineering, biology and physics, three Yale researchers have received a four-year grant from the National Science Foundation (NSF) to study chromatin in yeast cells. They aim to better understand chromatin’s properties and leverage the genome as a device to measure and record dynamic, transient chromatin states.

The grant, from the Emerging Frontiers in Research and Innovation (EFRI) program, provides $2 million in funding for the project. For the 2018 round of EFRI grants, the NSF sought proposals for interdisciplinary approaches to studying chromatin and epigenetic engineering.

Corey O’Hern, Megan King, and Simon Mochrie will collaborate on the project. They aim to develop a novel method to record transient chromatin conformations as “memories” in the genome itself.

“We had to think about how we can take our research beyond a better understanding of the basic biology,” said King, associate professor of cell biology. “We want to use chromatin as a tool to actually engineer something.”

To deliberately engineer the genome and use it as a memory device that can integrate dynamic chromatin states with biochemical inputs, the researchers say they need systems that can probe and interpret the dynamics of chromatin – something that has been lacking in current research. By developing such systems, the researchers will be able to compare computational and theoretical models of chromatin with experiments.

Among other possibilities, such a system could be used to locate and deliver drugs to metastatic cells.

“We’re good at generating experimental data, but we’re going to need modeling and simulations to be able to understand what that data is telling us,” King said. 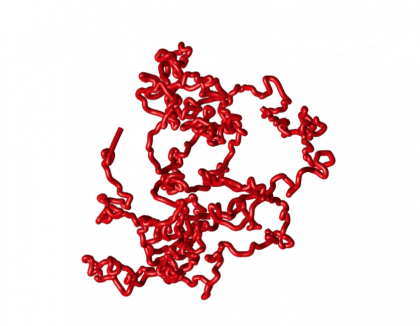 The three scientists came together as a result of their participation in Yale’s Raymond and Beverly Sackler Institute (RBSI) for biological, physical and engineering sciences.

“Cell biology and physics are a big part of this project, but engineering wouldn’t be involved if it wasn’t for the Institute,” said O’Hern.

“There are a lot of universities interested in creating interdisciplinary collaborations, but they’re made from the top down by administrators,” King said. “The program here started with a lot of real, meaningful collaborations, and I think that has been one of the reasons that the RBSI has been so successful.”

“We are very excited by this opportunity to carry out interdisciplinary, convergent research,” Mochrie said. “This award is really a testament to the value of collaboration across disciplines that the RBSI has promoted for the last 10 years.”

Established in 2007, EFRI seeks to inspire and enable researchers to expand the limits of knowledge in the service of grand engineering challenges and national needs.