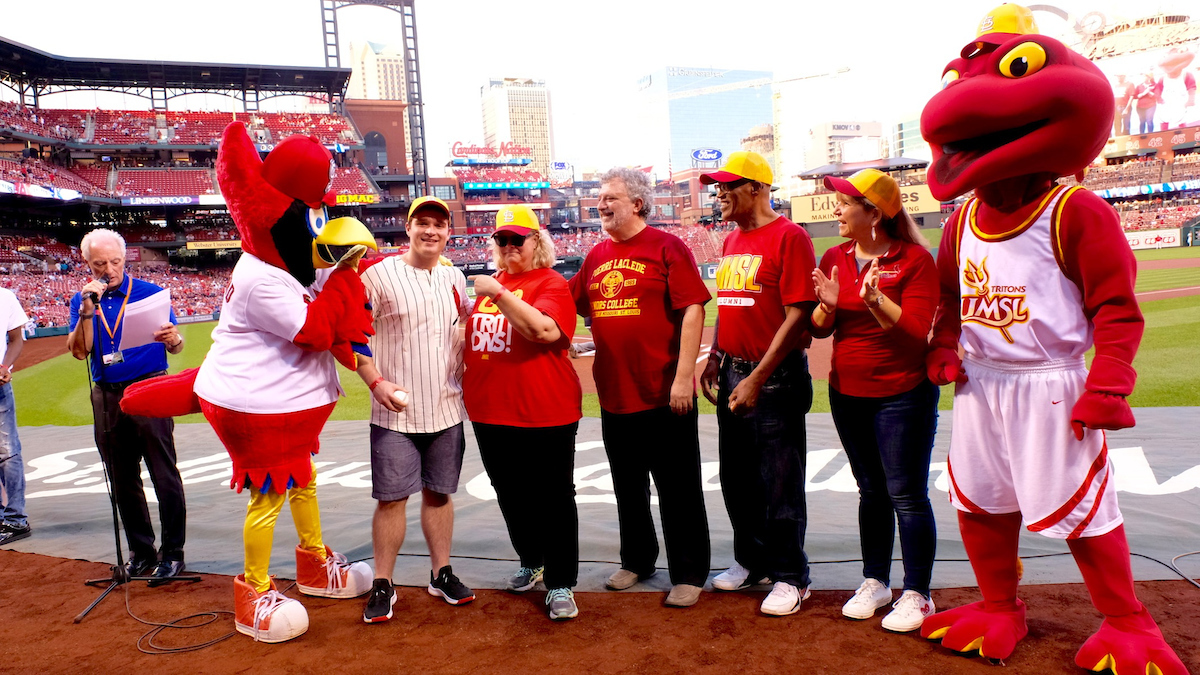 Fredbird greats members of UMSL’s contingent, including alumnus Marco Pipoly, Provost Kristin Sobolik and Pierre Laclede Honors College Dean Edward Munn Sanchez, Friday night on the field at Busch Stadium on UMSL Night at the Ballpark. Pipoly, who became the 100,000th graduate of UMSL when he received his degree in psychology in May, threw out the first pitch. (Photos by August Jennewein)

Students, alumni, faculty and staff of the University of Missouri–St. Louis gathered downtown Friday for the annual UMSL Night at the Ballpark as the St. Louis Cardinals played host to the Los Angeles Dodgers at Busch Stadium.

Campus photographer August Jennewein was on hand to capture the festivities before and during the game, on an evening that only could have been improved by more offense from the home team in a 3-0 Cardinals loss. 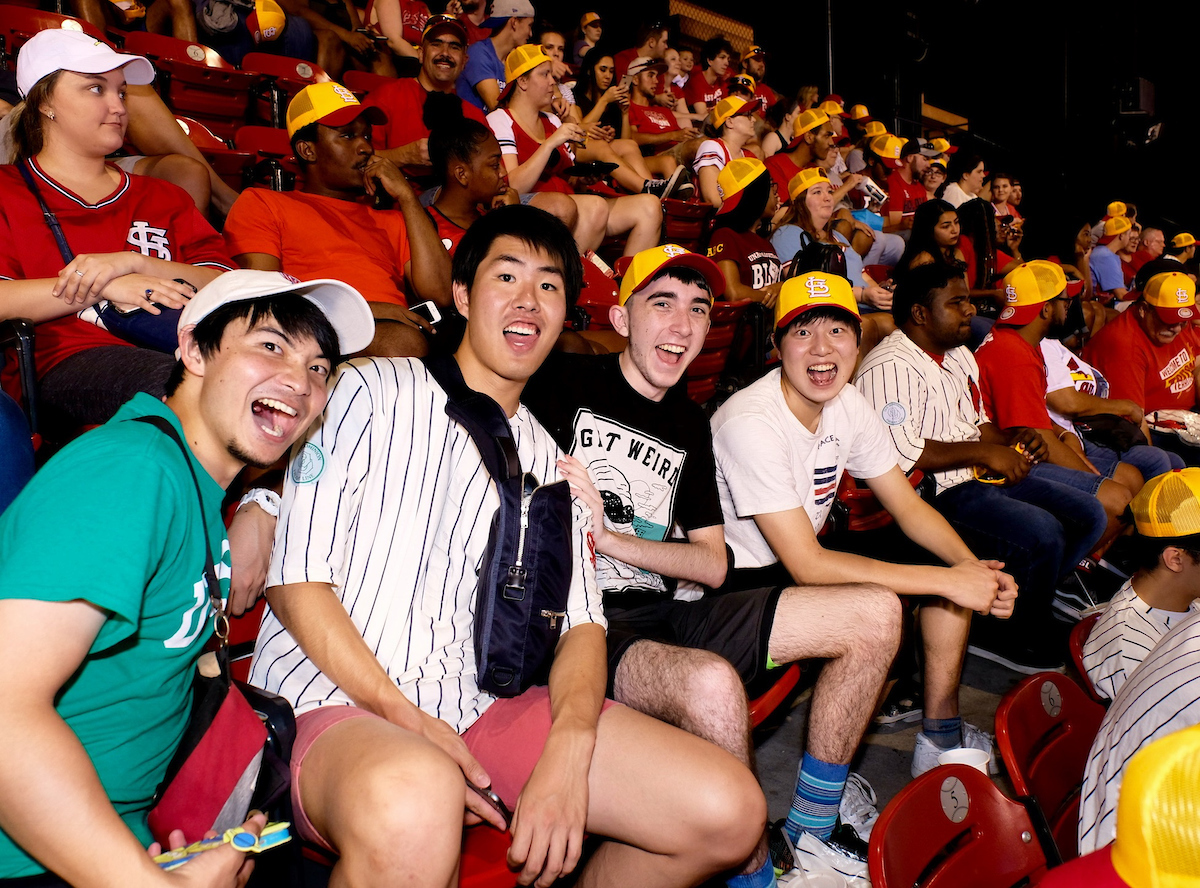 A group of students took in the game from their seats in left field at Busch Stadium. 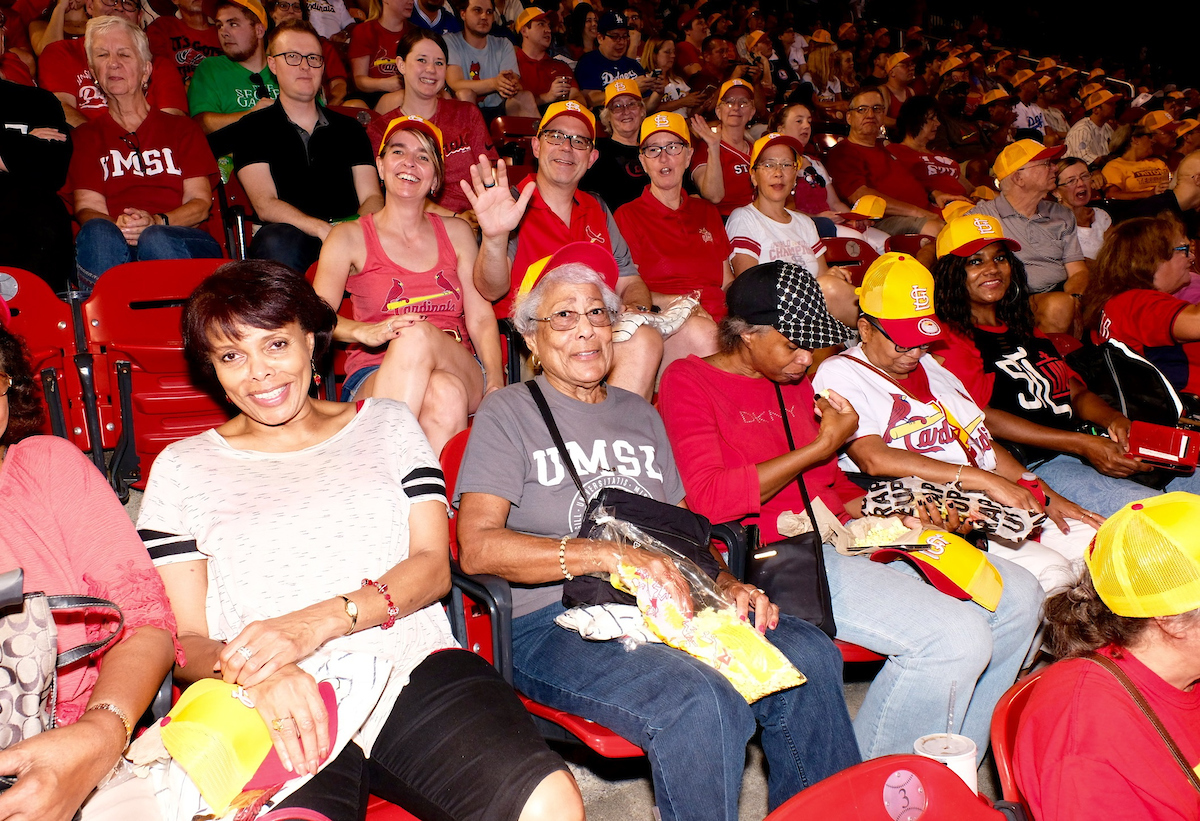 Alumnae Linda Brown Reed and Doris Coleman, seated in the foreground, were among the UMSL contingent of roughly 800, as were College of Arts and Sciences Dean Andrew Kersten (waving in the center) and College of Education Dean Ann Taylor, sitting to the right of Kersten. 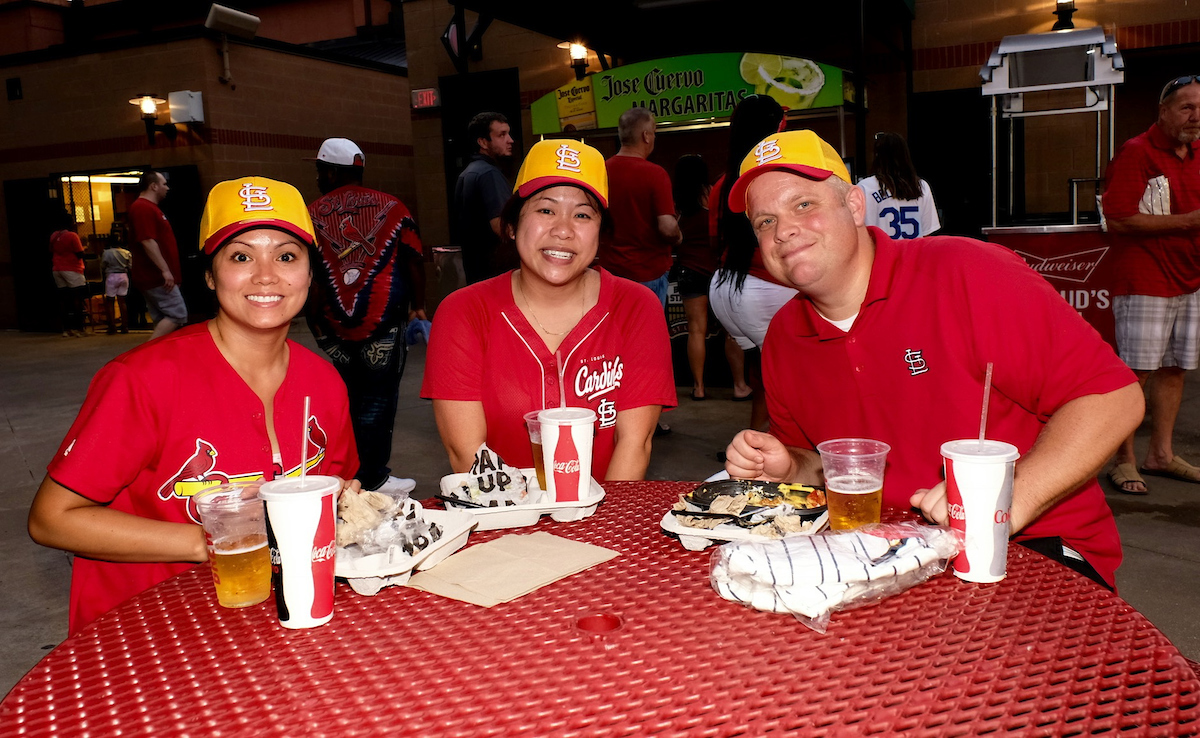 Participants each received a meal voucher for a hotdog and a soda along with their St. Louis Cardinals-UMSL baseball cap. 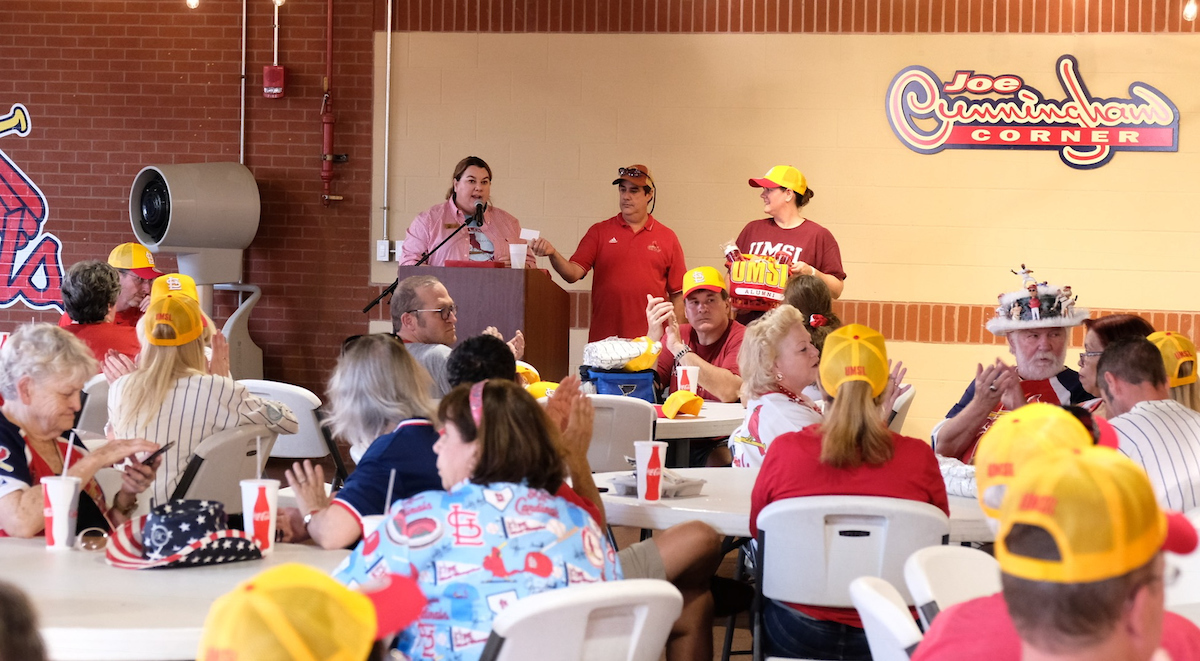 Jennifer Jezek-Taussig, associate vice chancellor of alumni engagement and annual giving, announces the winner of a UMSL Night at the Ballpark gift basket after Phil Donato, director of alumni engagement, pulled the winning name in a drawing before the game in the Joe Cunningham Corner of Busch Stadium. 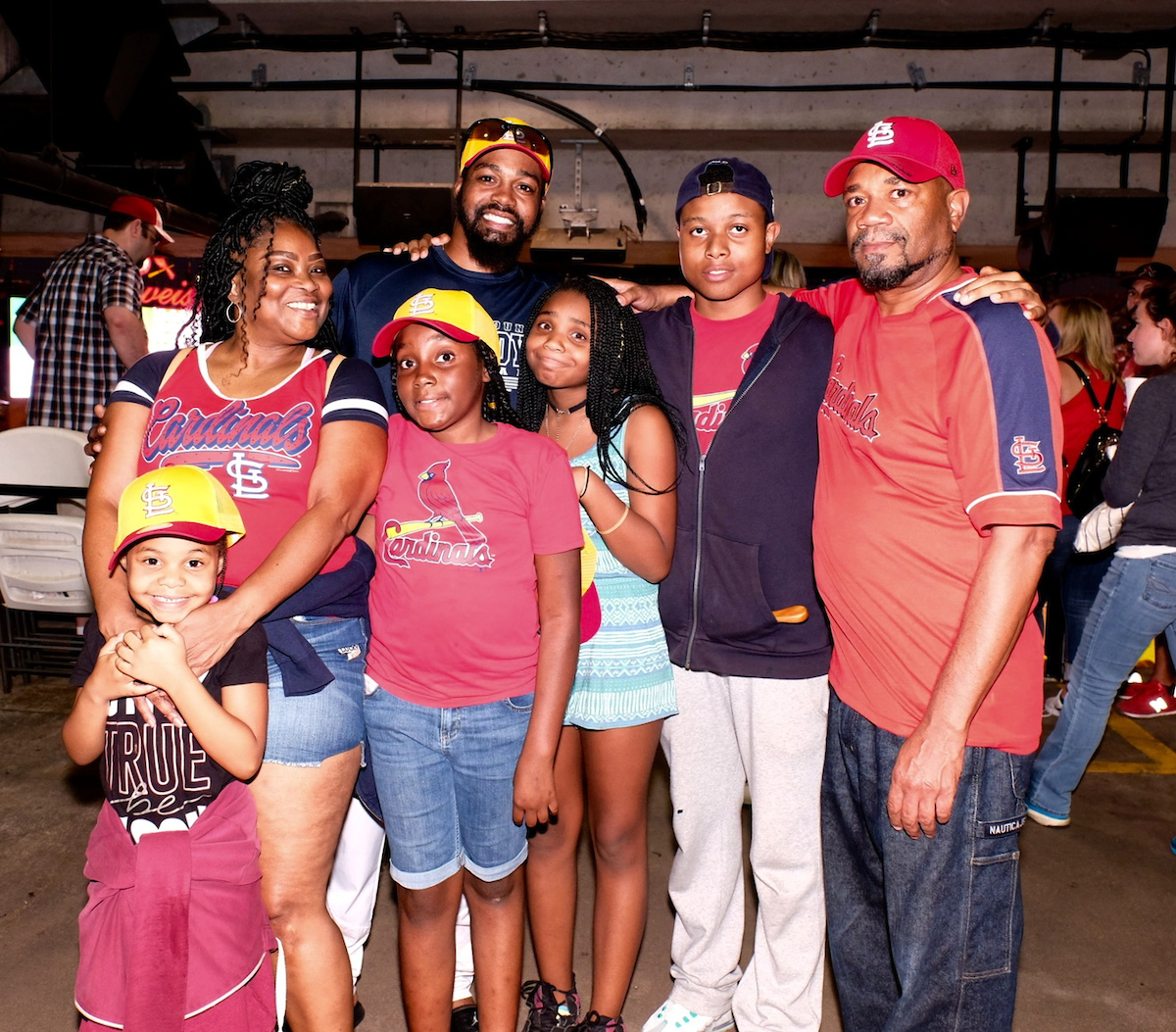 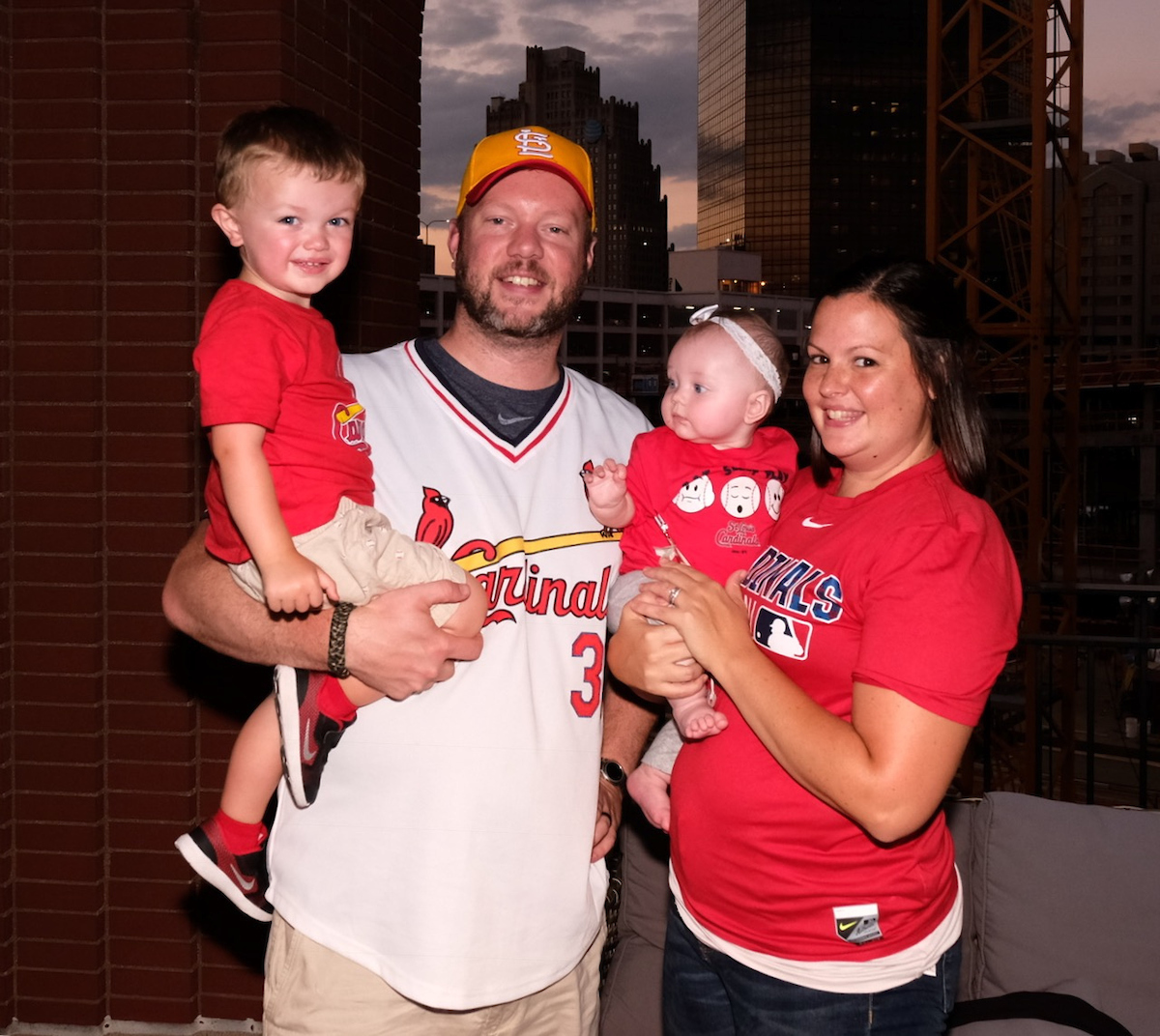 Joshua Perschbacher (center), the director of UMSL’s Veterans Center, brought his family to the game. 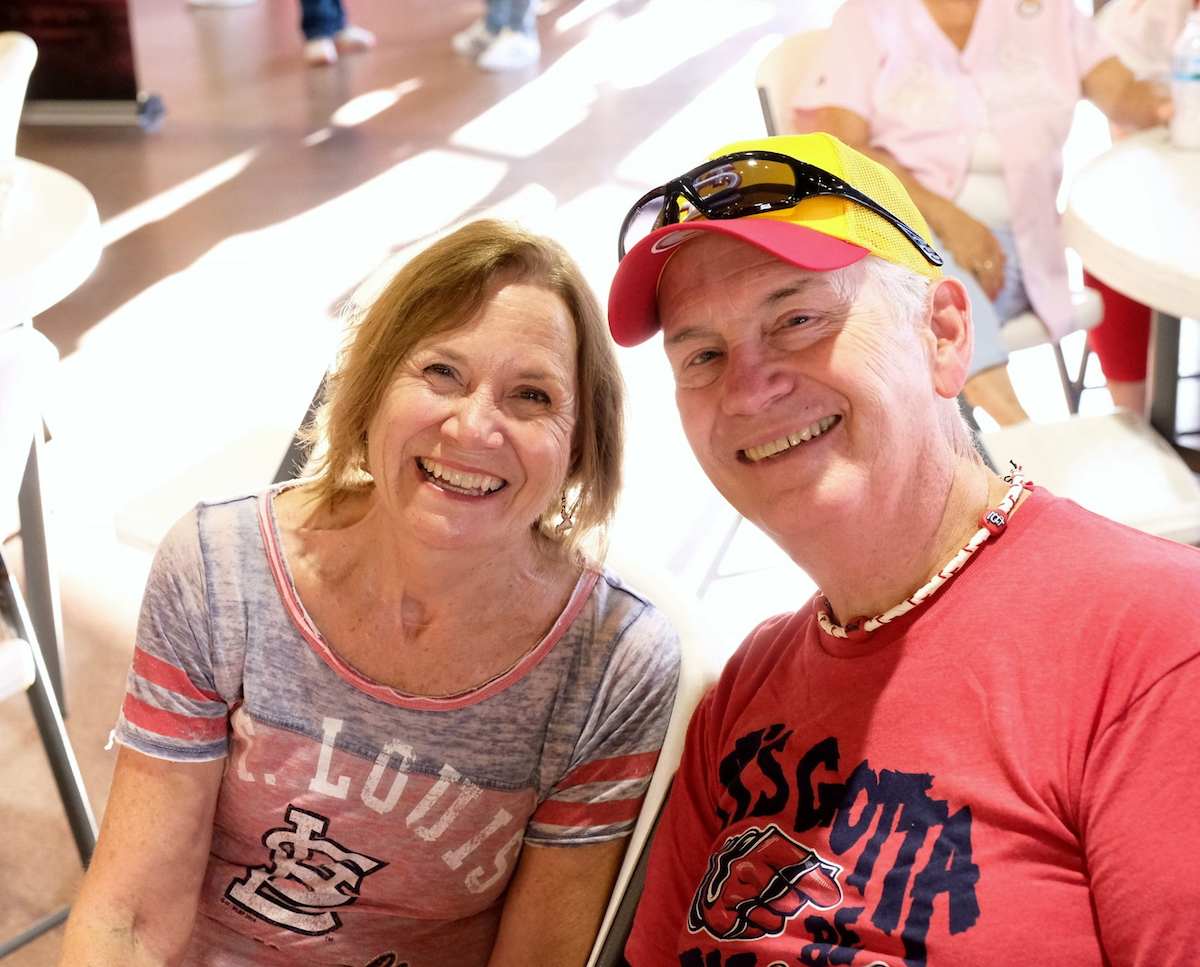 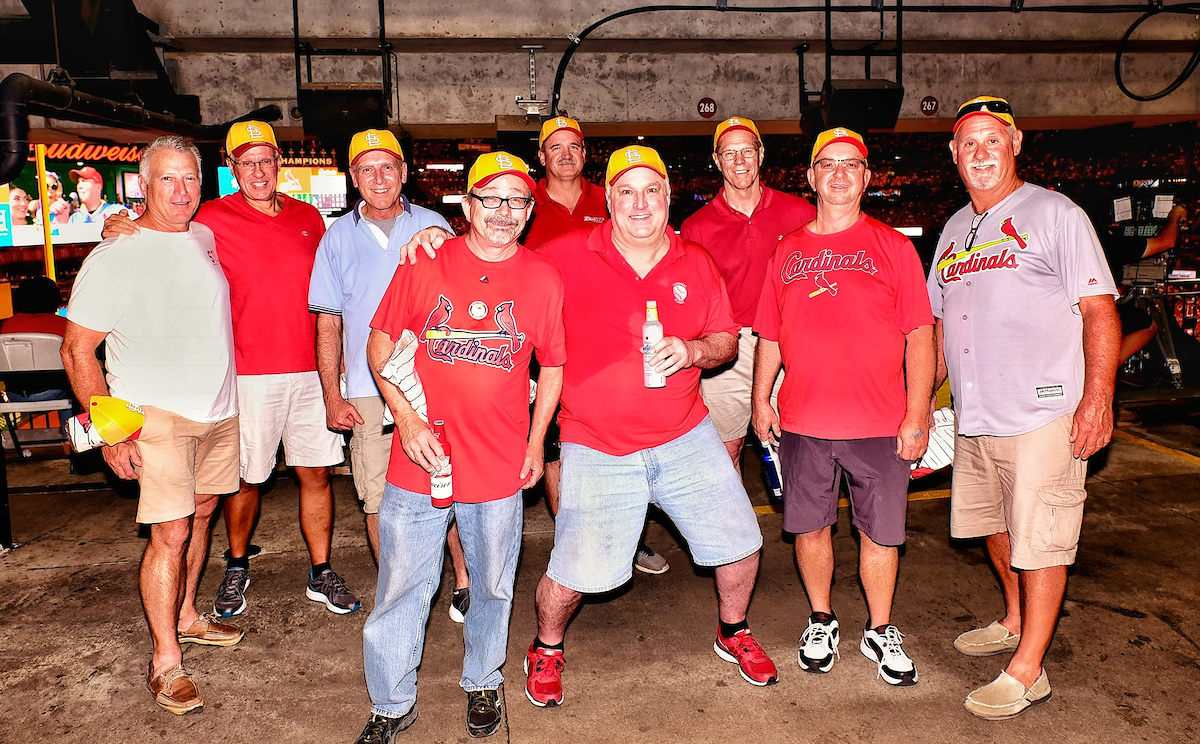 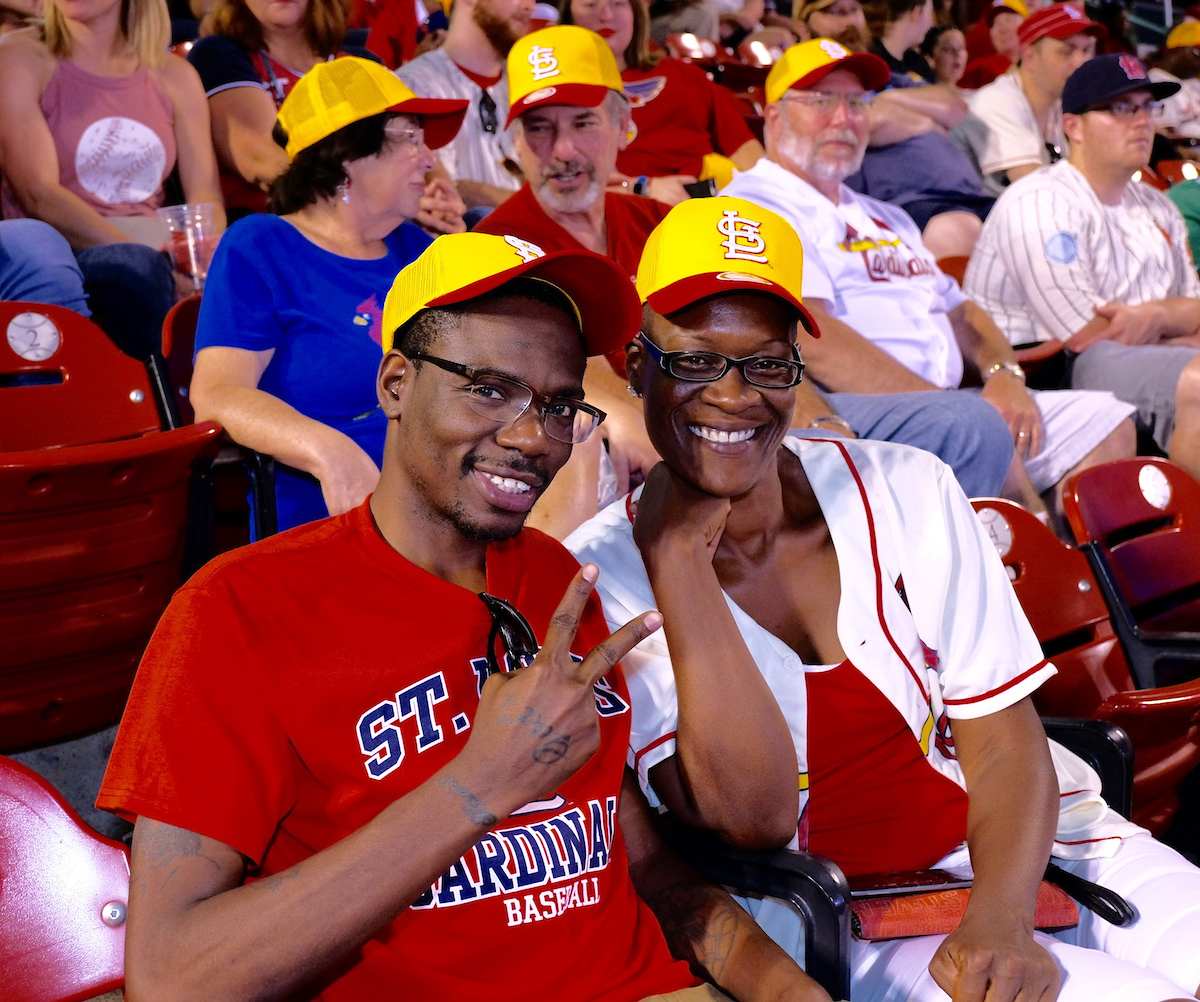 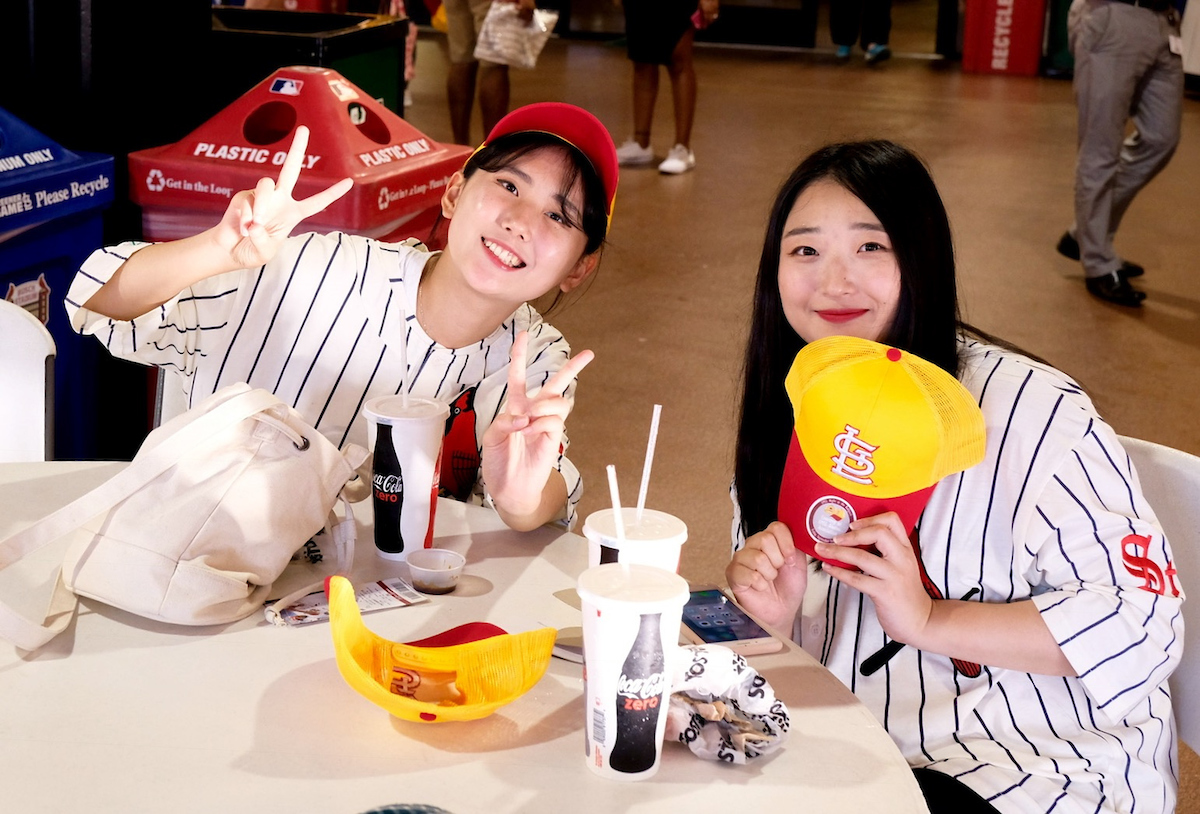 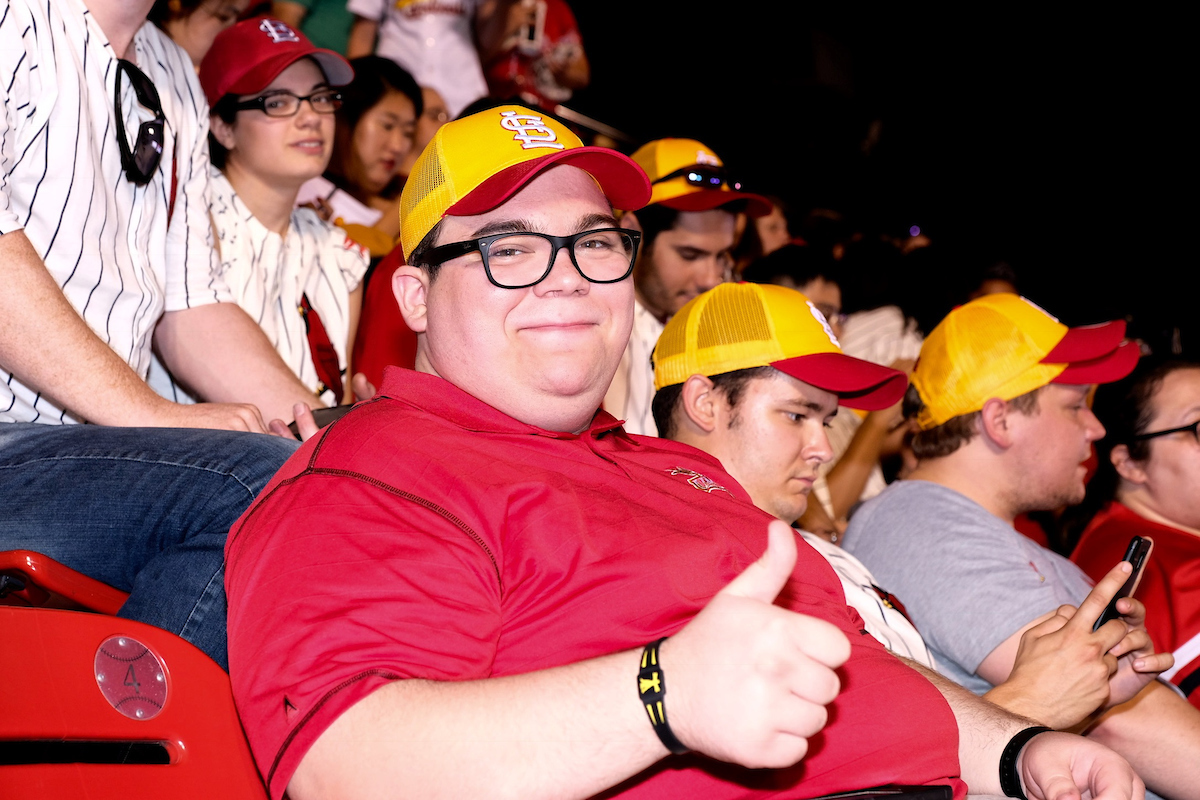 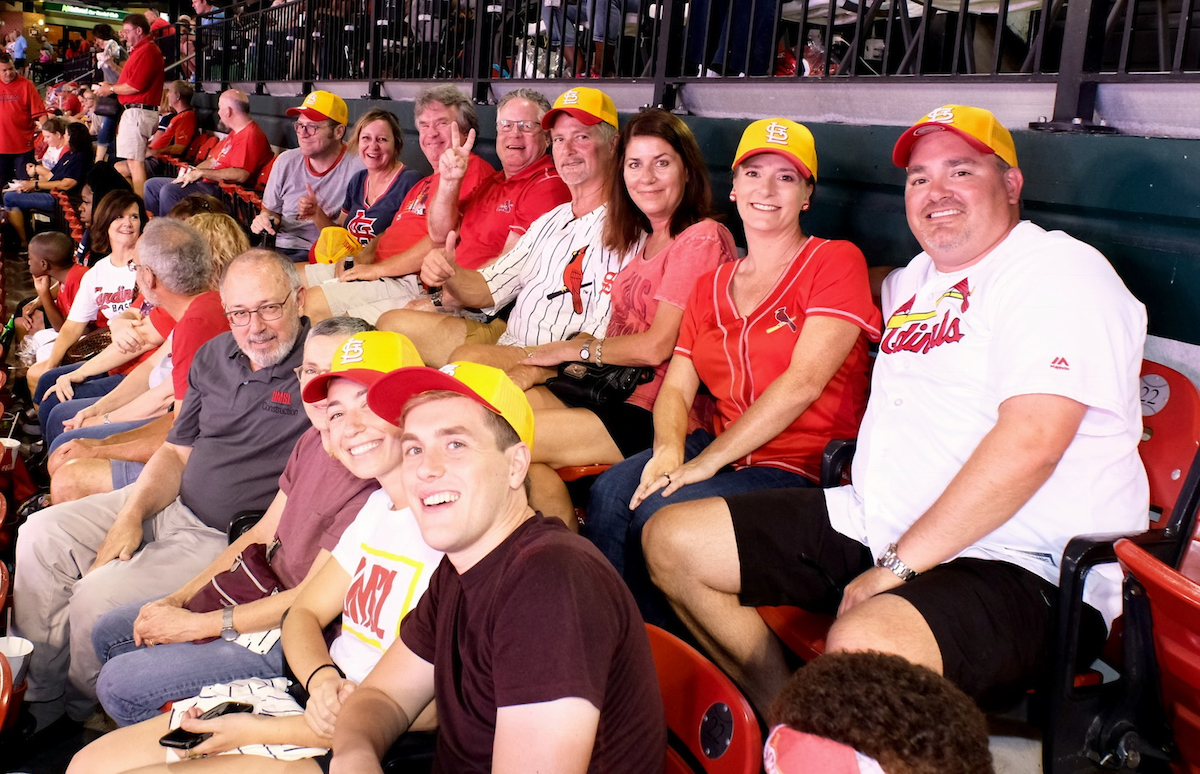