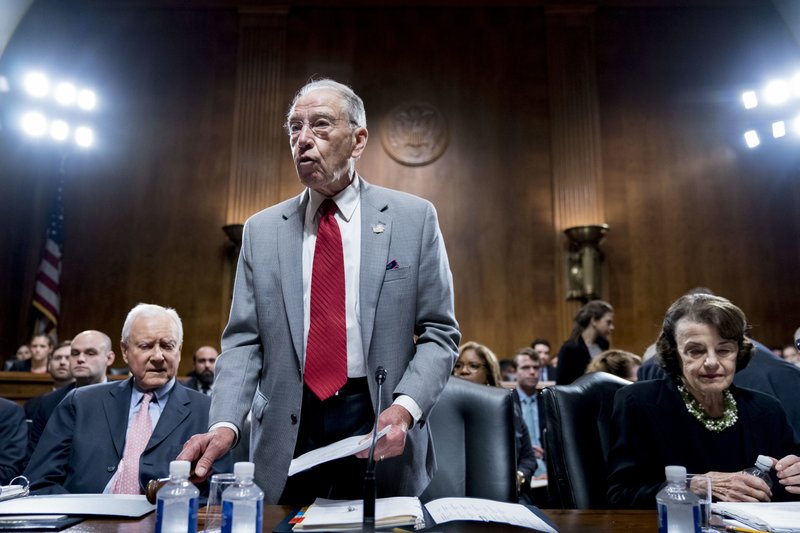 Anita Hill says the reluctance of someone to come forward publicly with an allegation against a Supreme Court nominee shows the need for the Senate to put in place a process for complaints to be heard.

Hill, who is now a professor at Brandeis University, released a statement Friday after Supreme Court nominee Brett Kavanaugh denied an allegation of sexual misconduct from when he was in high school.

Hill says “even in the #MeToo era, it remains incredibly difficult to report harassment, abuse or assault by people in power.”

She pushed sexual misconduct into the public realm in 1991 when she testified during confirmation hearings for Clarence Thomas, now a justice on the court. She accused him of sexual harassment, which Thomas denied.

Sen. Orrin Hatch of Utah said Friday: “Every accuser deserves to be heard. But a process of verification is also necessary.”

The senator says the claims against Kavanaugh “are wholly unverifiable.”

Kavanaugh in a statement Friday denied the allegation of sexual misconduct, which dates back to when he was in high school.

On Thursday, Democratic Sen. Dianne Feinstein of California notified federal investigators about information she received about Kavanaugh, but did not disclose it publicly.

Senate Republicans say they still plan to hold a committee vote on Kavanaugh’s nomination on Thursday. Their goal is to get him on the court by Oct. 1.

Supreme Court nominee Brett Kavanaugh is denying a sexual misconduct allegation from when he was in high school.

In a statement issued Friday, Kavanaugh says the following: “I categorically and unequivocally deny this allegation. I did not do this back in high school or at any time.”

The New Yorker reported the alleged incident took place at a party when Kavanaugh was attending Georgetown Preparatory School. The woman making the allegation attended a nearby school.

The magazine says the woman sent a letter about the allegation to Democrats.

A Democratic aide and another person familiar with the letter confirmed to the Associated Press that the allegation is sexual in nature. They were not authorized to speak publicly and spoke on condition of anonymity.

Rallying to Kavanaugh’s defense, 65 women who knew Kavanaugh in high school issued a letter saying he has “always treated women with decency and respect.”

She said Thursday that she “received information from an individual concerning the nomination.” She said the person “strongly requested confidentiality” and “declined to come forward or press the matter further.”

The FBI confirmed that it received the information Wednesday evening and included it in Kavanaugh’s background file, which is maintained as part of his nomination. The agency says that’s standard process.

A Senate Democratic aide and another person familiar with the matter said it referred to an incident that occurred while Kavanaugh was high-school age. The two spoke to The Associated Press on condition of anonymity because they weren’t authorized to discuss the matter.