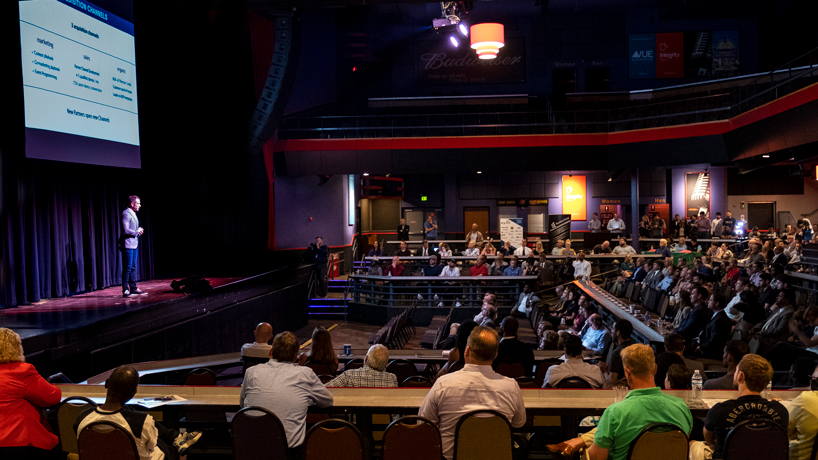 Jiaxi Fang took a deep breath on stage at The Pageant Tuesday and then applauded the air quality in the live-music theater. He would know if the air was clear – he had used a discreet monitoring system in the auditorium throughout the afternoon.

Fang, the Applied Particle Technology CEO, and his team developed one of the world’s smallest exposure monitoring devices, and they were testing prototypes Tuesday for the Ameren Accelerator Demo Day.

The APT team was part of the 2018 Ameren Accelerator cohort, which brought in five other energy technology startups for a 12-week business accelerator. The other participating companies were Jrop, Narya Security, ResilientGrid, Ryvit and TouchLight Innovations.

The Ameren Accelerator, which concluded its second year with Demo Day, is part of a partnership between UMSL Accelerate, the University of Missouri System and Capital Innovators. The accelerator offers a $100,000 investment for participating startups, a three-month educational program, access to a network of energy experts and labor from University of Missouri–St. Louis interns.

Ten UMSL students worked with the participating companies on a variety of projects ranging from developing social media content to designing a dust cover for the APT device.

“The opportunity to teach, mentor and learn within a real-world entrepreneurial environment has been tremendously valuable for the selected startups as well as for our students,” said Dan Lauer, founding executive director of UMSL Accelerate. “This program has kept our faculty engaged, our alumni connected and our students inspired as they delivered the kind of support necessary to help these six energy-tech startups succeed and move to the next level. We look forward to continuing this innovative partnership and supporting future Ameren Accelerators.” 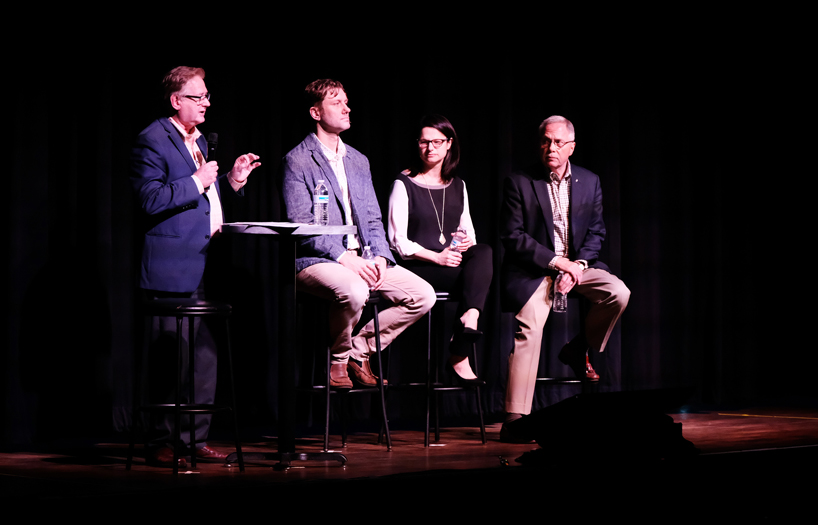 The interns were among the first group Ameren chairman, president and CEO Warner Baxter acknowledged during his Demo Day address. Baxter, a UMSL alumnus, went on to mention the goals of the accelerator, which are to position Ameren to meet customer needs, attract job-creating startups to St. Louis and provide opportunities for university students to work in the energy industry.

“The startups have gone through a 12-week program, working hand-in-hand with not just our folks from Ameren but with mentors that come from Capital Innovators, UMSL Accelerate and the University of Missouri System giving them the ability to put together not only a better business plan but to help refine their products and open doors that they would not have otherwise,” Baxter said. “That’s what an accelerator program is about. What the St. Louis community does so well is lean forward and help these companies. We hope that these companies will be part of the St. Louis ecosystem for many, many years to come.”

Three of the startups are committed to maintaining a presence in St. Louis, and one company hired additional employees for its existing St. Louis office.

Applied Particle Technology is based in St. Louis and was founded by two PhD graduates of Washington University in St. Louis. The team’s wearable device counts air particles and provides data instantaneously. The product was designed to monitor airborne pollutants employees face in work environments. The team has partnered with NASA and the National Institutes of Health to develop new sensing technologies.

Ryvit, a second St. Louis-based startup, expanded its regional office from 19 to 25 employees during the accelerator. The company offers software aimed at improving productivity in the construction industry. Through the program, Ryvit representatives conducted research on expanding their product and secured 17 new contracts.

“I want to offer a thank you to the Capital Innovators team, the UMSL Accelerate program and especially Ameren,” Ryvit CEO Tom Stemm said during his Demo Day presentation. “Without them, without the resources they provided, without the network they helped us establish, we would not have been able to make the impact that we have made over the past three months. They have accelerated our journey and our approach to the market.” 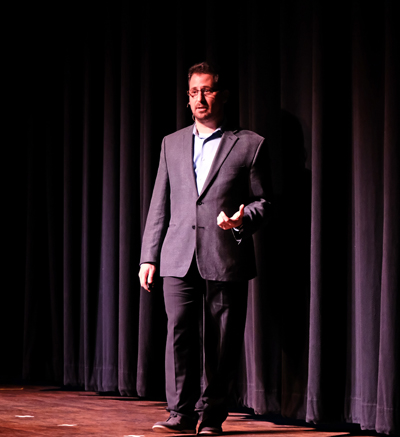 ResilientGrid CEO Michael Legatt discusses the software his company offers that helps operators rapidly respond to critical situations. Legatt’s company is based in Austin, Texas, and was one of the six startups selected for the 2018 Ameren Accelerator cohort.

The startups, which represent three countries, were selected from a pool of 331 applications, up from the 203 bids received for the inaugural cohort.

ResilientGrid delivers software designed for public safety and energy grid improvements. Since starting the program in June, the Texas-based startup raised $300,000 in investments, acquired a paid pilot partnership and is in the process of closing another pilot with a sales pipeline valued at $11 million.

Jrop is designing a standardized pick-up and drop-off process for ride-sharing apps and driverless vehicles. The Canadian company works with property owners to map locations and assign dedicated meet-up locations. With support from the accelerator, Jrop advanced negotiations with several universities to reduce traffic congestion stemming from the use of ridesharing companies.

Narya Security’s RansomWall product helps enterprises recover from malicious software that encrypts computer data and demands payment to restore access. During the Ameren Accelerator, the Israeli company deployed its software for Ameren and a bank in its home country. Narya’s CEO Uri Fleyder-Kotler lives in Tel Aviv and made his first trip to the Midwest for the accelerator program. He and his family now plan to relocate to St. Louis and establish Narya’s global headquarters in the city.

“Thank you to the Ameren Accelerator program – run and powered by UMSL Accelerate and Captial Innovators,” Fleyder-Kotler said. “You guys are the real reasons why we are here, why I am in St. Louis. You are our secret weapon to the success and acceleration of our business. We would not have achieved it without you.”