Is Turkey headed for an economic meltdown?

With the country’s currency in steep decline, renown Turkey expert Nader Habibi assesses whether the country can pull back from the brink. 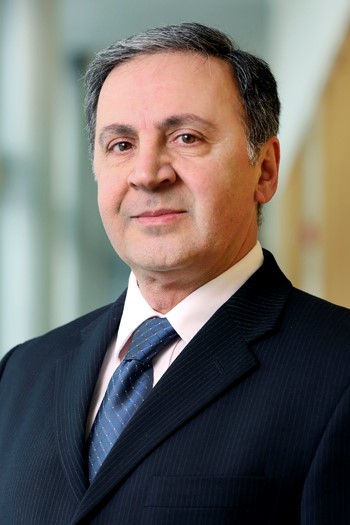 Turkey is in the middle of an economic crisis. Its currency, the lira, has fallen nearly 40 percent against the dollar since the start of the year. Double-digit inflation has sent prices of food, energy and other goods soaring.

Recep Tayyip Erdogan, who has consolidated immense power since his rise to head of state in 2003, is struggling to keep the economy from spiraling into recession or even worse.

But will it be enough to stave off financial disaster? Is Turkey headed for an economic meltdown? Can Erdogan survive politically if his supporters continue to suffer?

BrandeisNOW asked noted Turkey expert Nader Habibi about his views on the crisis. Habibi is the Henry J. Leir Professor of the Economics of the Middle East at the Crown Center.

BNOW: First, how dire is the situation in Turkey?

Habibi: It is very serious. Domestic salaries have not kept up with the hike in inflation, especially in the past three months, so the impact has been quite visible in terms of the cost of living. Real estate investment and manufacturing have been hurt, leading to rising unemployment. The problem is that there is no way that they can restore confidence in the economy without keeping interest rates high for a few months. This makes it more costly for businesses to borrow money, reducing the amount of new investment and hurting the economy. In the short term, Turkey may be headed for a serious recession.

BNOW: What caused things to get so bad?

Habibi: It was a combination of large government deficits and the government encouraging private firms to borrow money in international markets. But what they did not think about ahead of time was this problem of growing debt. The total debt now is estimated at about $500 billion, about a third of which will need to be paid back or refinanced in the next 12 months. And the reason for the lira’s decline is that investors have been worried about Turkey’s ability to repay the loans or at least pay the interest charge on all of these debts.

BNOW: Why did the private and public sectors go on such an excessive spending spree?

Habibi: Partly as part of a long-term policy of promoting economic growth and partly for political reasons. One of the major sources of Erdogan’s legitimacy was the creation of new economic opportunities. By creating all these jobs and economic growth, he was able to raise the standard of living for millions of people who, in turn, voted for him and his political party. Before 2018, Turkey enjoyed 15 years of good economic growth, one of the longest sustained periods without a major recession in its modern history.

BNOW: Will Erdogan’s power be threatened now that the economy has soured?

Habibi: We have to wait and see. There are those who voted for him based on the country’s economic conditions and those who support him for religious or ideological reasons. So I think we’ll see some erosion of support if Turkey goes through a very deep recession, but not everyone.

BNOW: Do you think the central bank’s decision to raise interest rates will help?

Habibi: It’s the first step. The real step that’s needed is for the government to show a commitment to fiscal discipline and try to adopt policies that will shift economic activity away from the real estate sector, which is on the decline, to manufacturing and other sectors. Over the past few years, construction and real estate have been the main engine of economic activity in Turkey, but this boom is now coming to an end.

BNOW: Erdogan had opposed any increases in interest rates.

Habibi: Yes. He has repeatedly said that high-interest rates will stop the growth momentum. I think if he wanted to stop the central bank from raising interest rates he could have. He has enough power. The fact that he protested without preventing the interest-rate hike means that he has understood the need to raise interest rates and the significance of taking this important step.

BNOW: Can Turkey get out of this mess?

Habibi: In the long run, I believe they can. This year, the government changed from a parliamentary to presidential system, so President Erdogan now enjoys a significant amount of political power. It is very much similar to the power that Russian president Vladimir Putin enjoys.

There is no alternative for Turkey other than undertaking painful and unpopular economic reforms. Neither parliamentary nor presidential elections are coming up in the next five years. Erdogan now has a longer period of time where he can allow the economy to go through a painful adjustment without facing the political pressure of an upcoming election. If he wants to adopt correct economic policies, he’s really empowered to implement them. Whether he’ll use his immense executive power to fix the economy or do more harm, we’ll have to see.