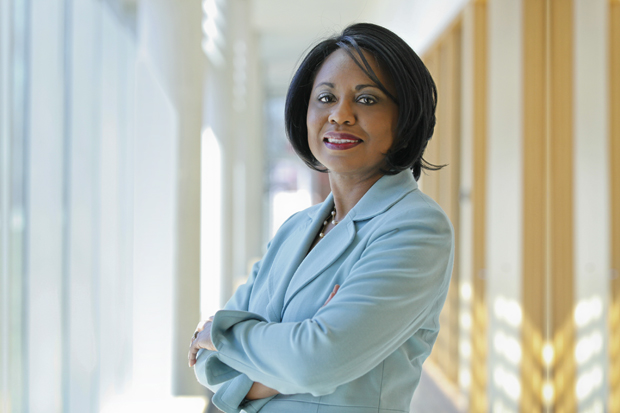 As questions swirl about the Supreme Court nomination of Brett Kavanaugh, who stands accused by Christine Blasey Ford of sexually assaulting her while both were in high school, attention has turned to University Professor Anita Hill.

In 1991, Hill testified about sexual harassment against now-Justice Clarence Thomas

during his confirmation for a seat on the Supreme Court. Though Thomas was confirmed, Hill’s testimony before an all-male Judiciary Committee is still remembered for having raised nationwide awareness about sexual harassment.

Though it’s unclear how Kavanaugh’s confirmation process will proceed, Hill said in a New York Times Op-Ed that launching an independent investigation would be fair to both Kavanaugh and Blasey Ford. She spoke to The Boston Globe about how the allegations are a reminder that the House and Senate are still not prepared to vet such claims.

In appearances on ABC’s Good Morning America and PBS Newshour, Hill also discussed the need for a non-partisan body with expertise in investigating sexual assault claims to reach its own conclusions about the accusations against Kavanaugh and why the American people deserve to see a thorough examination into Blasey Ford’s claims.

Hill is a University Professor of Social Policy, Law, and Women’s, Gender and Sexuality Studies at Brandeis.