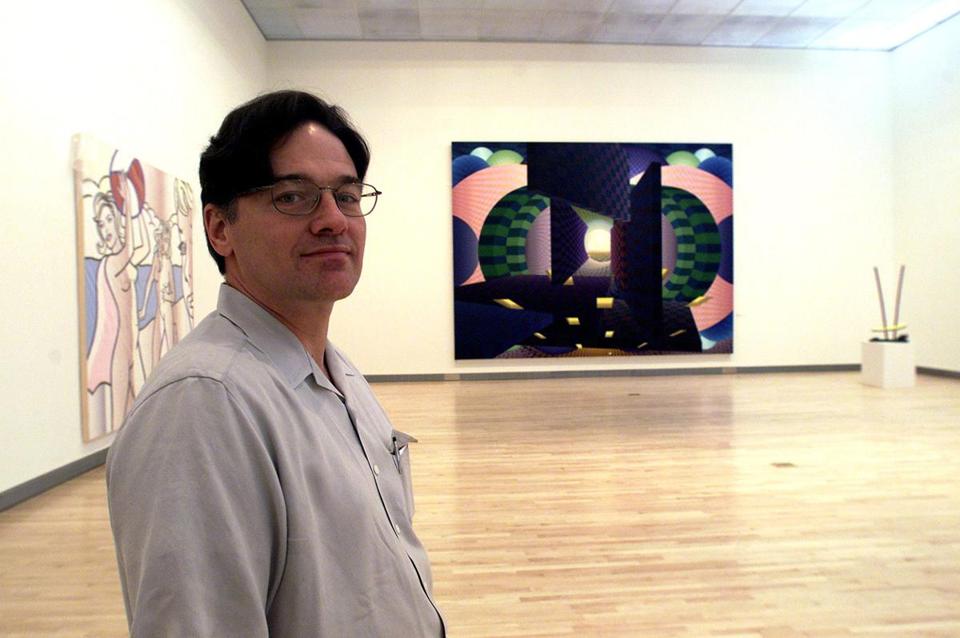 Even for someone like Joseph D. Ketner II, who spent his life directing museums and curating shows, art continually had the capacity to surprise.

“Ten years ago I had a revelatory experience similar to that of the biblical Paul struck by a bolt of enlightenment from the heavens and knocked off his horse,” he wrote in “Andy Warhol: The Last Decade,” a 2009 book.

“I was sandwiched between cabinets in the crowded storage rooms of the Rose Art Museum at Brandeis University when the preparator pulled out a screen, literally a few feet from my nose, on which hung Warhol’s almost 10-foot-high ‘Saturday Disaster,’ ” he continued. “As it passed before my eyes, the painting overwhelmed me with a sublime feeling of awe.”

Mr. Ketner, who was 62 when he died Friday in his Natick home of cancer, spent his entire career offering others opportunities to experience that same kind of awe as they visited shows in Greater Boston at Emerson College and Brandeis, and across the country at museums in Indiana, St. Louis, and Milwaukee.

Get Today’s Headlines in your inbox:
The day’s top stories delivered every morning.

Since 2008, he had served as distinguished curator-in-residence at Emerson, where he also held the Lois and Henry Foster chair in contemporary art theory and practice and was director of Emerson Urban Arts.

“He was a remarkable man who lived a remarkable life and who will leave behind a remarkable legacy that will long outlast his last days with us,” Lee Pelton, president of Emerson, said in a message to the college community.

Pelton added that Mr. Ketner “was at once gracious, ethical, unassuming, and humble, but also an inexhaustibly vibrant and intellectually curious person who was ever confident in the transformative power of art.” 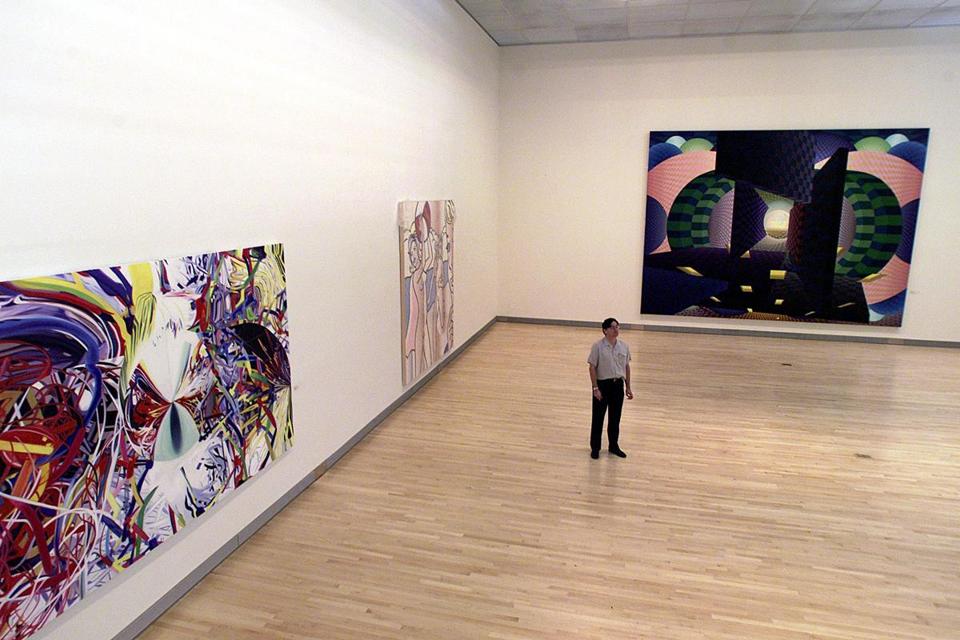 Mr. Ketner first made his mark on Greater Boston’s art scene in 1998, after leaving his position as director of the Washington University Gallery of Art in St. Louis to direct the Rose Art Museum. He was impressed at what he found upon arriving.

At that point, he was still absorbing the wonders tucked away at the Brandeis museum.

“I’ve charged myself with looking at every one of the 9,000 objects in the collection. I’m not sure how many thousand I’m at right now,” he said. “The other day I came across seven or eight Modigliani drawings. I found a watercolor by J.M.W. Turner. We have drawings by Vuillard, Rodin.”

He had been among nearly 100 applicants for the job, and Irving Epstein, then-provost at Brandeis, told the Globe in 1998 that the search committee had been “impressed not only with Joe’s knowledge of contemporary art, but with his vision of how a museum could fit into the university community and also the larger arts community.”

To students, Mr. Ketner brought his vision of what art could do, even if they weren’t artists themselves.

“Our adult behavior is largely defined during our college years,” he said in the 1999 interview. “Yet the only constituency museums do not target is youths from 16 to 23. I think we have the opportunity to shape the social lives as well as the intellectual lives of these people by giving them opportunities in the arts.”

In a previous interview, he had said of college students: “I want to influence them to participate in their cultural communities no matter where they end up, in whatever profession.”

It didn’t hurt, Mr. Ketner noted, that he had worked at museums affiliated with universities during much of his career. “I tell my children I’ve been in school since I was 4,” he quipped.

The oldest of five siblings, Joseph Dale Ketner II grew up in Anderson, Ind., where his father, Joseph D. Ketner, was an attorney, and his mother, the former Uarda Hedwig Ulpts, was a homemaker.

He graduated from Anderson High School and received a bachelor’s degree in 1977 from Indiana University, from which he also graduated in 1980 with a master’s in art history. In 1997, he received a certificate in museum management from the J. Paul Getty Leadership Institute. 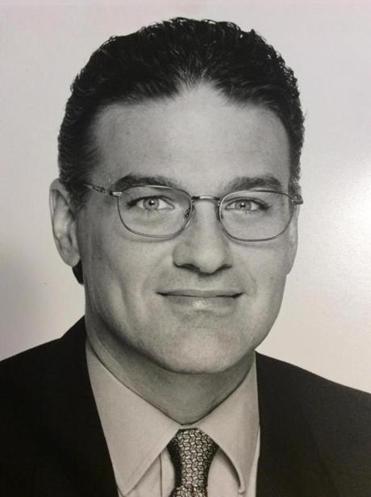 At Indiana University, he met Patricia Geringer. “I’ve known him for 44 years and fell in love with him at first sight when we were 18,” she said.

“When we were first dating, I took him to the Taft Museum in Cincinnati,” she added.

It was there that he first encountered murals painted by Robert S. Duncanson, an African-American artist who had lived in Cincinnati and whose mid-1800s work Mr. Ketner would study. He kept a database of all Duncanson’s work he encountered.

In addition, Mr. Ketner’s “The Emergence of the African-American Artist: Robert S. Duncanson, 1821-1872,” published in 1993, was named the following year’s outstanding academic book by Choice magazine of the American Library Association.

While finishing his master’s, Mr. Ketner began working as a curator at Fort Wayne Museum of Art in Indiana. From there he moved to the Washington University Gallery of Art, first as curator and then as director.

After his tenure at the Rose Art Museum, he was chief curator at the Milwaukee Art Museum before returning to Boston to work at Emerson. Throughout Mr. Ketner’s career, he curated and organized exhibitions and projects for museums and galleries across the United States and abroad, including in Germany.

“He was a lover of all things German,” his wife said. “His mother was German, so he has become fluent in German. We connected with his German relatives and went back every year for the last 30 years.”

Along with being a “wonderful husband and father, and a good friend to many,” she added, Mr. Ketner “furthered the careers of so many artists.”

She said he “was completely dedicated to the furtherance of public art, and elevating the caliber and the conversation about art. And he was the most ethical person I’ve ever known.”

Mr. Ketner “loved electronic music and experimental contemporary music, as well as experimental jazz. He was so knowledgeable in so many areas,” she said.

“He was so driven intellectually to learn more, and got to where he was through hard work. He was never afraid of hard work,” she added.

In addition to his wife, Mr. Ketner leaves their sons, Joseph III of Natick and Alex of Boston; three sisters, Karen Ketner Thomas of Tampa, Lisa of Noblesville, Ind., and Kristin Ketner Pak of Essex Fells, N.J.; a brother, Jay of Anderson, Ind.; and two grandsons.

Pelton noted in his message to the Emerson community that the Media Art Gallery “opened in 2016 as a direct result of Joe’s vision.”

Indeed, Mr. Ketner had always championed Boston’s art scene. “There’s incredible vitality, large numbers of artists at work for a community of this scale,” he said in 1999.

Bryan Marquard can be reached at bryan.marquard@globe.com.