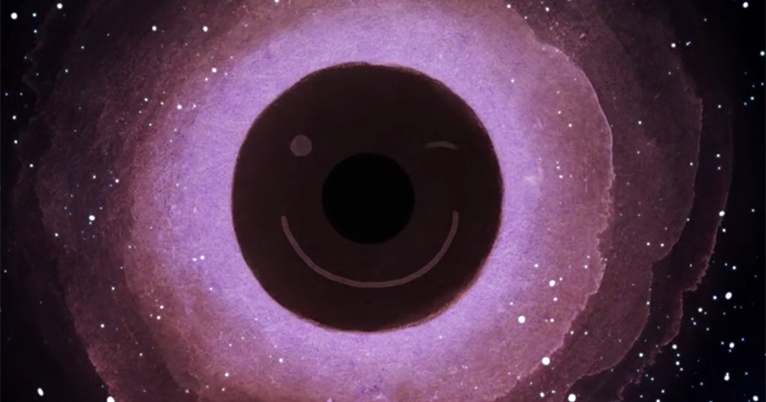 Fabio Pacucci, a Yale postdoctoral associate, has helped create an animated video about black holes for the educational website TED-Ed.

The five-minute video, “Could the Earth be Swallowed by a Black Hole?” debuted on Sept. 20. Pacucci worked for months with a team of writers, animators, and the video’s narrator on the project.

“Animation is an excellent way to communicate and educate people,” Pacucci said. “It’s a simplified way to look at reality, but it still needs to be scientifically accurate.”

The video gives viewers a visual primer on event horizons, gravitational lensing, and the difference between stellar mass black holes and supermassive black holes. It even has a winking black hole character.

“In the video, there is a supernova explosion,” Pacucci said. “It leaves behind a remnant. It was very hard for me to describe to the animation team how to show it, but now it’s my favorite scene. It merges a scientifically accurate way to show the explosion, while being the best animation possible.”