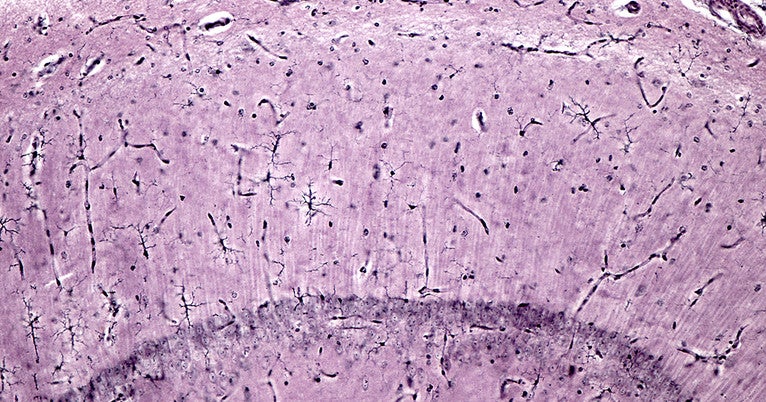 Rare cells resembling those previously thought to exist only in the brain have been discovered in the spinal fluid of HIV patients by using a sensitive new genetic test that could provide insights into a host of neurological diseases.

In many infected adults, HIV affects the central nervous system and can lead to cognitive impairment in long-term patients, even those in whom the virus has been suppressed. One suspected cause has been defects in the microglia, or immune system cells in the brain that clean up cellular debris. However, microglia are undetectable in blood tests and were thought not to be present in spinal fluid.

The presence of microglia-like cells in spinal fluid may serve as a marker for those at risk of cognitive impairment and also provide a new target for treatment of cognitive disorders associated with HIV and other diseases, the authors noted.

Single-cell RNA sequencing of spinal fluid “is like a window to the brain and a potential new way to look not just at the biology of HIV, but at multiple sclerosis, Alzheimer’s, and other neurological diseases,” said Serena Spudich, professor of neurology and senior author of the study. “It really opens up a whole new realm of understanding the biology of brain diseases.”

Yale’s Shelli F. Farhadian is lead author of the study, which was conducted at the Yale Center for Genome Analysis.

The research was primarily funded by the National Institutes of Health.