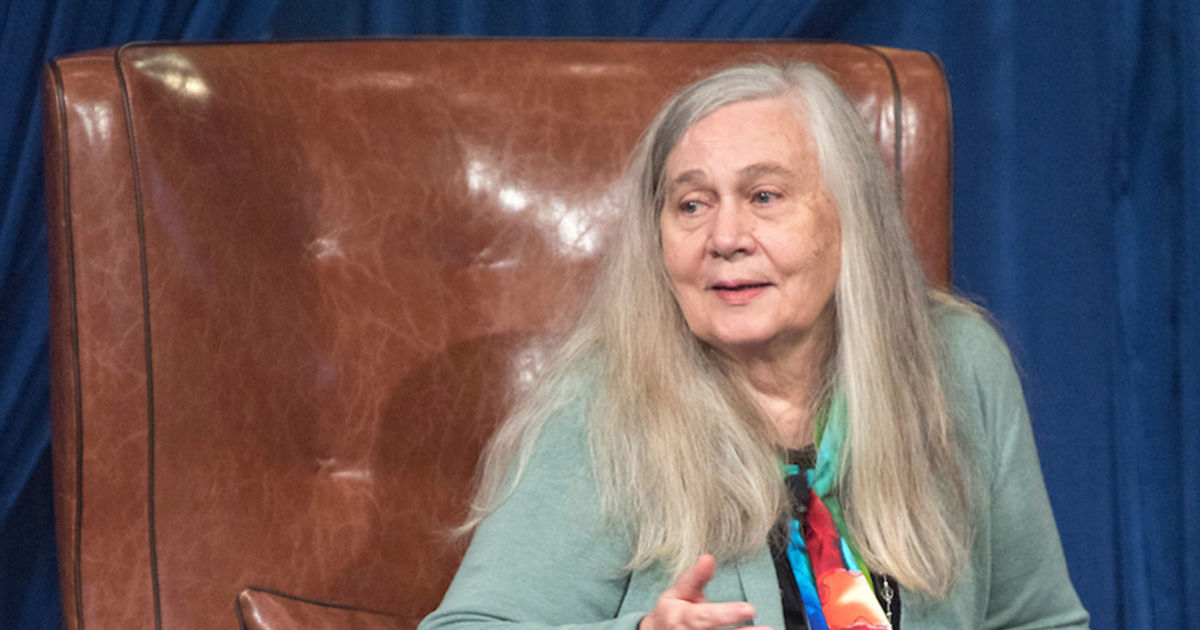 In his introductory remarks for the first speaker of the 2018-19 Notre Dame Forum, University of Notre Dame President Rev. John I. Jenkins, C.S.C., referenced a 2015 New York Review of Books article in which then-President Barack Obama interviewed Pulitzer Prize-winning novelist Marilynne Robinson and they discussed the human tendency to reduce people different from oneself to a “sinister other.”

Father Jenkins suggested an antidote: “Marilynne Robinson’s novels help us to see the complexity of human beings, making it more difficult for us to believe in simplistic thoughts about this ‘sinister other.’ They help us to see the dignity of each human being — their being made in the image and likeness of God. Few things are more important for building the kind of community we want to build, both at this University and in this nation.”

This year’s Notre Dame Forum is themed “The Catholic Artistic Heritage: Bringing Forth Treasures New and Old,” inspired by the New Testament parable that compares the Kingdom of Heaven to the owner of a household who shares treasures both ancient and current.

In front of an audience of more than 400 in the Dahnke Ballroom, Robinson engaged in conversation with Susannah Monta, John Cardinal O’Hara, C.S.C., and Glynn Family Honors Associate Professor of English.

Monta noted that “Gilead,” Robinson’s most famous novel, is deeply concerned with the idea of vocation — or sense of calling — and asked Robinson how she thinks about her calling as a writer. Robinson said she feels very fortunate for being able to do what she is inclined to do, and for being raised in a context that valued writing, thinking and solitude.

Mentioning Robinson’s most recent book, a collection of essays titled “What Are We Doing Here?,” Monta queried Robinson’s claim that the value of the individual places an exacting personal obligation to seek the good for others, even while popular argument holds that most of modernity’s problems stem from aggressive individualism.

Robinson explained that Americans have been influenced by a European view of individualism, which is closer to “selfishness,” but language shifts as it moves across the ocean, and in classic American writing, self-interestedness means you take account of yourself, honoring the centrality of conscience, which dignifies even as it appraises everything.

“How we deal with one another as ‘individuals’ is very much answered by simply using another definition of the word,” Robinson said.

Robinson also recalled a post-war generation when America had a sense of having achieved something great.

“At that time, when we truly were a dominant power in the world, we were generous,” she said. “Even when we had lost a very substantial part of a generation to war, we were courageous. Now, we are still dominant in the world, and we have huge resources, but we have lost generosity and we have lost courage. There’s a nostalgia for an earlier America, but if you actually went back, you would not be playing with guns, and you would not be making up hysterical stories about who might creep over the border.

Asked about the theological virtue of love and also how her characters have surprised or influenced her, Robinson said that when she was writing “Gilead” she had a phrase in mind from Shakespeare’s play “The Tempest”:

And my ending is despair,

Unless I be relieved by prayer,

Which pierces so that it assaults

Mercy itself and frees all faults.

“And for me, although it does not use the word, this is the definition of grace,” Robinson said. “That to forgive does not mean you are behaving graciously because you have moved beyond the memory — that mercy can contain the memory of the offense — but that there is something beyond that.”

Robinson is the F. Wendell Miller Professor Emeritus of English and Creative Writing at the Iowa Writers’ Workshop at the University of Iowa. Her numerous literary achievements include a 2012 National Humanities Medal, awarded by President Obama. Notre Dame recognized her achievements in 2013 with an honorary doctorate.