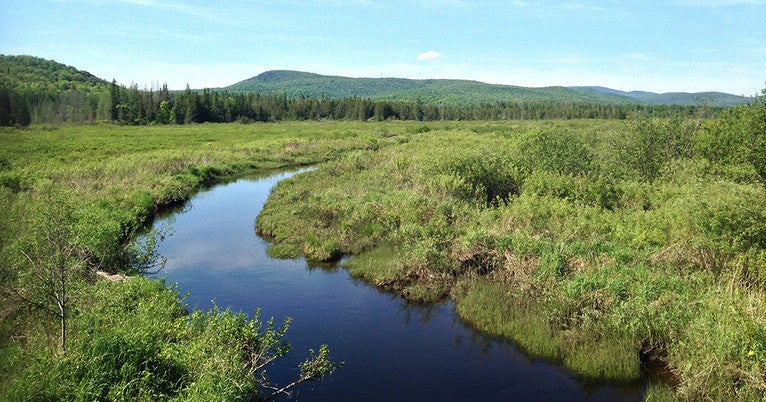 Peter Raymond and Craig Broderson of the Yale School of Forestry & Environmental Studies (F&ES) have received grants to further their work through National Science Foundation (NSF) 2018 “Understanding the Rules of Life” awarding campaign.

Raymond, professor of ecosystem ecology at F&ES, has won $900,000 to fund his research about the microbial communities of Earth’s rivers.

Over the next three years, Raymond’s research team will sample rivers in the Connecticut, Deschutes, Gunnison, and Willamette watersheds, seeking data about the formation and change of the microbial communities that appear there. The team hypothesizes that the physical characteristics of rivers — i.e. “the geomorphology (e.g., depth, velocity), discharge variability, and temperature of rivers”— are the main determinants of when and where “distinct planktonic microbial riverine communities emerge in the water column of river networks.” The researchers say that understanding these river-dwelling microbes better will hopefully provide new insights into how microbes impact the overall chemistry of rivers — which they describe as “the circulatory system of the continents” — and thus their impact on the environment overall.

Brodersen, assistant professor of plant ecology at F&ES, is co-primary investigator with researchers at San Francisco State University on a study about conifer needles, which has received a $300,000 grant.

Brodersen’s project is aimed at “understanding how conifer leaf anatomy influences water transport and photosynthesis and how needle water transport declines during drought.” The ultimate goal of this research is to develop a “mechanistic model” to help predict the productivity and mortality of forests.

These NSF “Understanding the Rules of Life” awards are targeted toward “new projects that address genetic and environmental causality in biological systems and processes,” a push in new funding prompted by new priorities that the agency announced last year. Raymond’s grant falls under NSF’s Research Advanced by Interdisciplinary Science and Engineering program, which funds “bold, interdisciplinary projects whose scientific advances lie mostly outside the scope of a single discipline and appear to promise transformational advances.” Brodersen’s is part of the Early-concept Grants for Exploratory Research program, which “represents exploratory work in its early stages on untested, but potentially transformative, research ideas or approaches.”