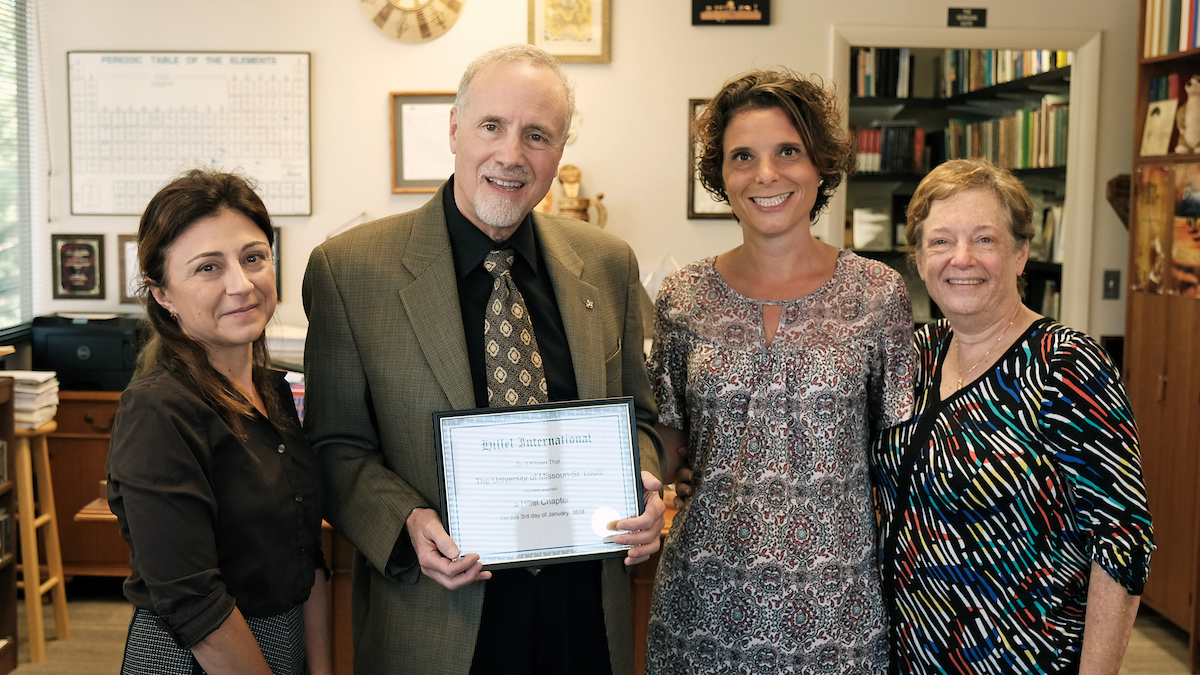 Mindy Woolf and Lea-Rachel Kosnik both remember vividly the impact that Hillel International, the world’s largest Jewish campus organization, had on them during their time as college students at Indiana University and the University of Michigan, respectively.

“It was instant community,” Woolf said.

“Community – that’s what it is, at least for me,” Kosnik added. “If you sort of wanted instant friends.”

“You didn’t have to explain,” Woolf said. “You walked in and everyone was very welcoming. If someone was sick, people would bring matzah ball soup. You wouldn’t necessarily find that at another center. It’s kind of like your home away from home.”

They now are both working to establish that same sense of community on campus at the University of Missouri–St. Louis, which was awarded its own Hillel chapter in January. The chapter has begun operating this semester with Woolf serving as its part-time executive director and Kosnik, an associate professor in the Department of Economics, acting as its adviser.

They held a Rosh Hashanah event earlier this month and have plans for Shabbat dinners and other communal activities.

They’re also attempting to help advance the future careers of students by working with the College of Business Administration and local business leaders to facilitate internship opportunities, including through the Jewish Federation of St. Louis.

UMSL’s Hillel chapter is the result of more than 15 years of work by Susan Feigenbaum, the recently retired Curators’ Distinguished Teaching Professor of economics.

“I want Jewish students back on this campus,” said Feigenbaum, who noted the many first-generation Jewish college students who attended UMSL in its first two decades. “I want them back on this campus because I think it’s important for them with families nearby and being in a diverse, accepting environment. I want them back because they’re generally speaking good students, come from families that value education. And I want them on campus because it’s good for the university in terms of growing its student population, diversity and donorship.”

Feigenbaum made clear that Hillel does not intend to be a closed organization.

“Our goal is to be welcoming to anyone who has any Jewish heritage and anyone who wants to learn more about Judaism from a historical point of view, from an academic point of view,” she said. “We’re looking to fit into an academic environment and meet those standards.”

Having its own chapter could serve as a boon for UMSL to recruit students from Jewish backgrounds. Hillel publishes an online guide to all its chapters, and many families – including Woolf’s when she was exploring colleges – use that guide to pare their list of potential destinations.

For more information on UMSL’s Hillel chapter, contact Woolf at woolfm@umsl.edu or Kosnik at kosnikl@umsl.edu.