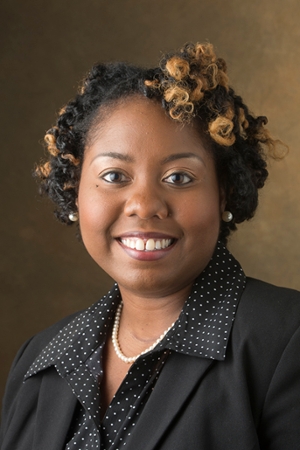 As assistant director for pre-collegiate programs, Harris Lee will deliver pre-collegiate student success support, guidance and advising to students at East St. Louis and eventually other area high schools for aid in their preparation for the collegiate experience. She will also oversee the implementation of a summer success program for incoming students to aid in their transition to SIUE.

“In her work with the Charter High School, Dr. Harris Lee took an idea of supporting students before their transition to college, and turned it into a program that helped support all students from freshmen through seniors in their exposure to collegiate readiness and the experience high school students need to prepare for that next step,” said Kevin Thomas, EdD, SIUE director of retention and student success. “During her five years as an academic advisor, Dr. Harris Lee has worked diligently to support her SIUE students. We look forward to working with her as these efforts expand.”

Harris Lee was honored to co-develop and pilot the Pre-Collegiate Program. “The collaboration between our team and the SIUE East St. Louis Charter High School, created a pathway that provided engaging, hands-on opportunities for post-secondary preparation,” she said. “It was exciting to not only provide these experiences for students, but to also be intentional in sharing college preparatory information with parents/guardians, specifically as it related to SIUE.”

Harris Lee noted the importance of the programming in relation to the rising number of high school students who are under-prepared for transitioning to college. “My mission as the assistant director for pre-collegiate programs and the implementation of a summer success program is to provide support for access to post-secondary education, as well as promote the many resources we have at SIUE to help them thrive in their holistic development as future college students,” she said.

Pamela Saffore, SIUE East St. Louis Charter High School guidance counselor, pointed to the Pre-Collegiate Partnership between SIUE and the Charter High School as a great opportunity for students to become aware of everything offered at the collegiate level. “For instance, the exposure to learn about study abroad programs helped a student’s decision to participate in a program in Finland during this past summer,” she said. “Meanwhile, the students were exposed to life on a college campus and met with advisors who answered questions based upon student interest.

“The students were also able to attend the career fair and see the connection between attending college and job placement in various fields. Having that type of exposure sets the students ahead, allows them to imagine the next step after college, and learn which companies seek college students for internships, co-ops and jobs after graduation.”

A Centralia native, Harris Lee joined SIUE in January 2014 as an advisor in the Office of Academic Advising. In 2015, she became a co-facilitator of the Sister Circle mentoring program for first-year women of color, which received the 2017 Great Lakes Association of College & University Housing Officers (GLACUHO) Outstanding Project of the Year Award. In 2016, she became a member-at-large for the new SIUE Black Faculty and Staff Association.

Prior to arriving on the SIUE campus, Harris Lee served as the academic advisor for the TRIO Student Support Services program at Kaskaskia College, and a study skills and career development instructor at both Eastern Illinois University and the University of Missouri-St. Louis.

Harris Lee earned a bachelor’s in education and a master’s in college student affairs from Eastern Illinois University. In 2017, she earned a doctorate in higher education leadership at Maryville University in St. Louis.