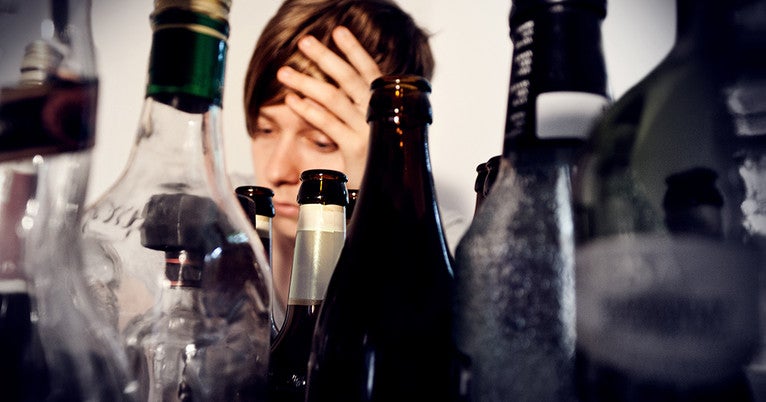 Some heavy drinkers suffer intense withdrawal symptoms when they try to stop drinking — some, less so.  A new Yale-led international study of individuals with alcohol dependence has identified gene variants that may help explain why “detox” from alcohol is particularly difficult for some people. The researchers report their findings September 25 in the journal Alcoholism: Clinical and Experimental Research, the official journal of the Research Society on Alcoholism.

“Alcohol takes more lives in the United States every year than opioids, but there are few effective treatments to help people who have an alcohol use disorder,” said Andrew H. Smith, lead author of the study and a research affiliate in the laboratory of senior author Joel Gelernter, Foundations Fund Professor of Psychiatry and Professor of Genetics and of Neuroscience. “For people who experience intense withdrawal symptoms, that’s one more barrier they have to face while trying to reduce unhealthy alcohol use.”

Those physical symptoms of alcohol withdrawal are much worse than any hangover. Sudden cessation of alcohol consumption can lead to shakes, nausea, headaches, anxiety, fluctuations in blood pressure, and in the most serious cases, seizures.

The American team and collaborators in Denmark linked variants in the SORCS2 gene to the severity of alcohol withdrawal in people who have European ancestry, about one in ten of whom carry the variants. No such connection was found in African Americans. Intriguingly, the SORCS2 gene is important for activation of brain areas which respond to changes in the environment. The gene variants identified in the study may impinge on the ability of heavy drinkers to adapt to the sudden absence of alcohol, researchers speculate.

“Better understanding of the many genes likely to be involved in withdrawal symptoms could ultimately lead to new medications that moderate these symptoms, which could help with the discontinuation of habitual alcohol use,” Gelernter said.

The research was primarily funded by grants from the National Institutes of Health.