Lorenz Studer, a stem cell scientist at the Memorial Sloan Kettering Cancer Center, will receive the prestigious prize on October 9. 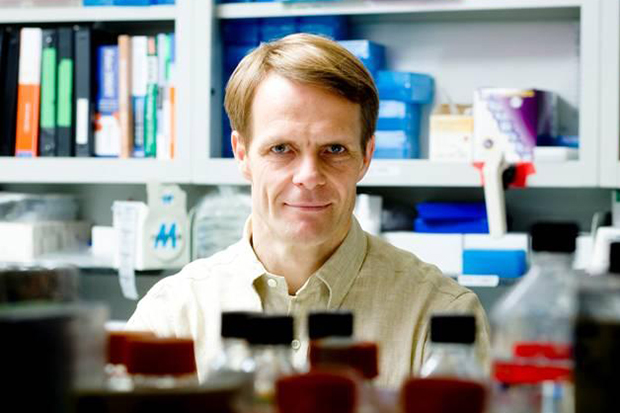 Studer, the director of the Center for Stem Cell Biology at the Memorial Sloan Kettering Cancer Center in New York, has harnessed the power of stem cells to advance our understanding of neurodegenerative diseases, cancer, mental disorders and other illnesses.

His breakthrough research on Parkinson’s disease has led to a new treatment expected to soon be tested in a human clinical trial.

The Gabbay Award was created in 1998 by the Jacob and Louise Gabbay Foundation to recognize scientists in academia, medicine or industry whose work has outstanding scientific content and significant practical consequences in the biomedical sciences.

“Dr. Studer’s innovative and transformative contributions to the field of stem cell biology have been enormously influential and profound, perhaps most notably in enabling the development of a cell-based therapy for the treatment of Parkinson’s disease,” said Memorial Sloan Kettering Cancer Center president Craig Thompson in his recommendation letter to the prize committee.

Studer, a recipient of a 2015 MacArthur “genius” grant, developed a groundbreaking method of transforming stem cells into dopamine-generating neurons. In Parkinson’s disease, these neurons break down or die, decreasing the level of dopamine in the brain and leading to impaired motor activity.

As part of a proposed clinical trial, Studer plans to transplant the stem-cell-derived neurons into the brains of people with Parkinson’s, functionally replacing the failing neurons. In animal models, the transplanted cells remained stable over the long term and corrected Parkinson’s-related symptoms.

Such an approach has produced new insights into the origin and development of these illnesses and suggested novel treatments.

The Gabbay comes with a $15,000 cash prize and medallion. Studer will deliver a keynote address on October 9 at 4 p.m at the Shapiro Campus Center.