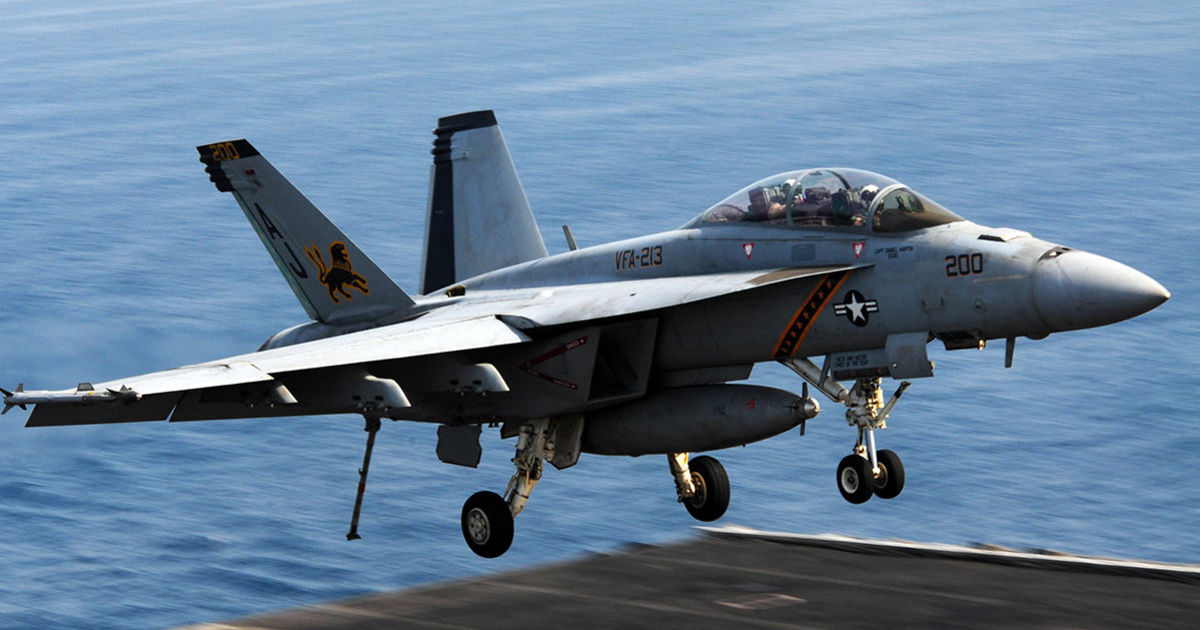 Four U.S. Navy F/A-18s from the Strike Fighter Squadron 213, the Blacklions, will perform a ceremonial flyover during the pre-game activities of the Notre Dame-Stanford football game Sept. 29 (Saturday). In preparation for the game performance, the squad will make several test passes over campus Sept. 28 (Friday) between approximately 5:30 and 6:30 p.m.