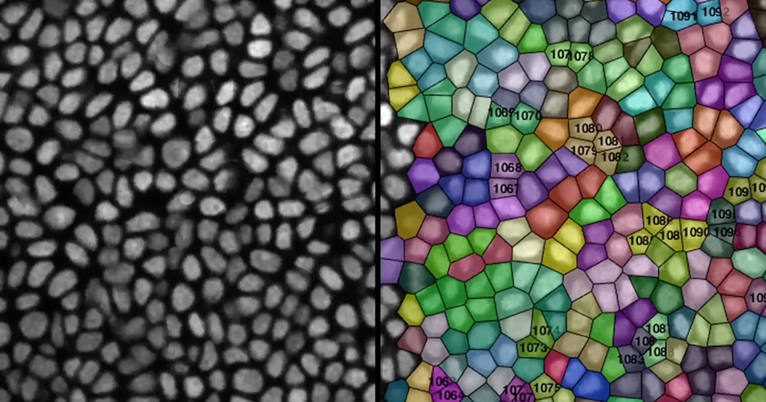 Every skin cell on the human body is replaced weekly, with stem cells generating billions of specialized progeny that engage in an orchestrated scramble to find their proper place and function. Scientists have long believed that the renewal of stem cells themselves triggered this prodigious feat of regeneration.

“It is extremely difficult to track individual changes in this chaos,” said Katie Cockburn, postdoctoral researcher in the lab of Valentina Greco, the Carolyn Walch Slayman Professor of Genetics. Cockburn, former graduate student Kai Mesa, Greco, and two colleagues at Harvard Medical School — Allon Klein and Kyogo Kawaguchi — found a way to do that. Using new imaging technology and powerful analyses, they discovered that changes in neighboring cells — either by death or differentiation — triggered stem cells to renew. “It is what happens in the neighborhood that triggers renewal of stem cells, not renewing stem cells that change the neighborhood,” Cockburn said.

The work was published in the journal Cell Stem Cell.