As the senior executive producer of the PBS program, “Nova,” Apsell has pioneered the science documentary format for TV and set an unparalleled standard for excellence. 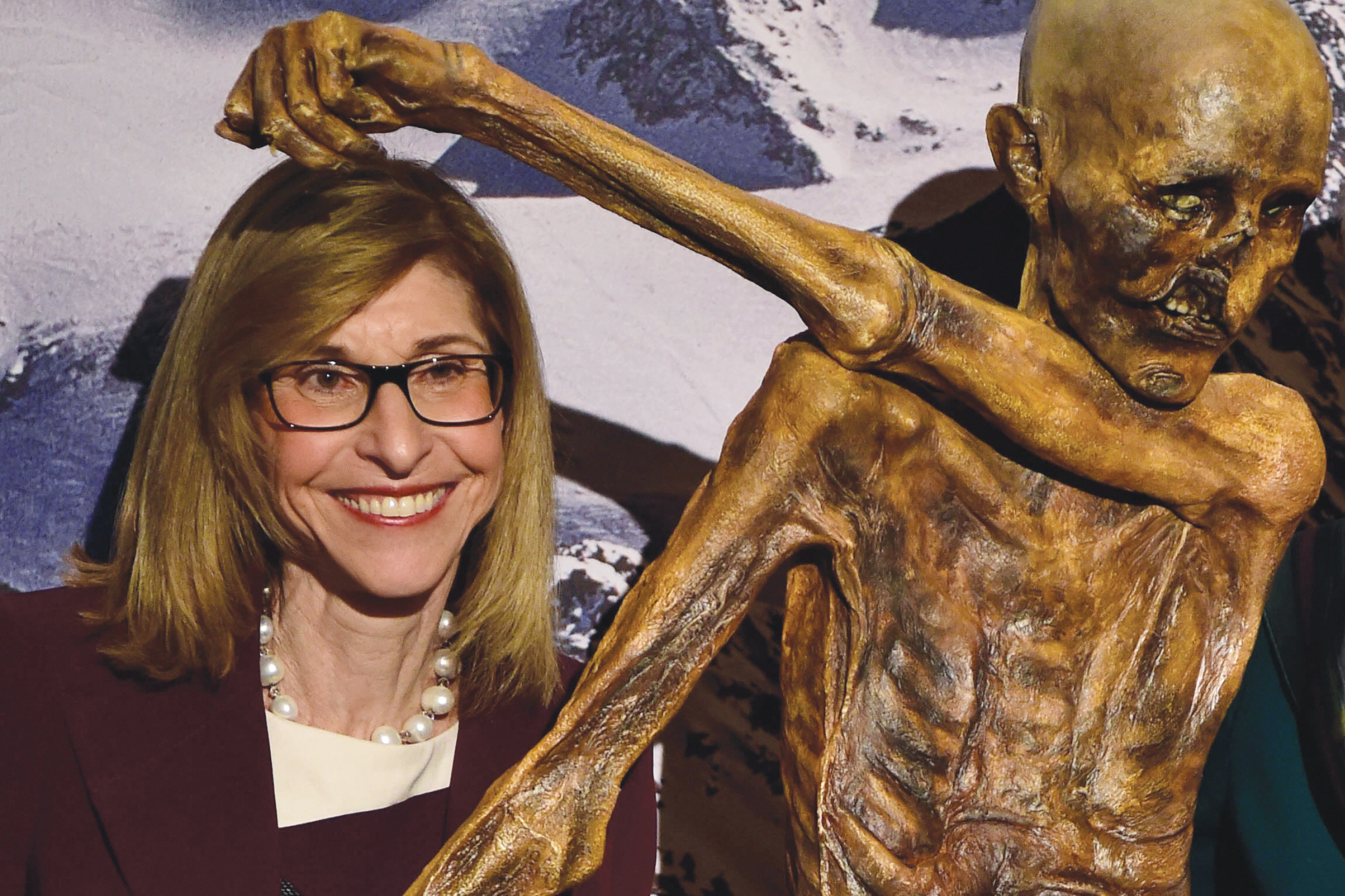 Apsell poses with a replica of Otzi, the oldest human mummy on Earth, at the Television Critics Association Winter Press Tour, January 19, 2016.

The long-time senior executive director of the PBS science program “Nova” is the first science journalist to ever receive the Lifetime Achievement Emmy Award. The official ceremony takes place on October 1 at the Frederick P. Rose Hall at Lincoln Center in New York City.

From its humble beginnings at Boston’s WGBH station as an obscure documentary show, “Nova” has grown under Apsell’s leadership into a worldwide smash hit. The series is now the most popular science series on American television, with an average of 5 million viewers per episode, and one of the top science sites online.

“I am tremendously honored by this award,” Apsell wrote in a recent email to BrandeisNOW, “but I am not just honored for myself. To me, this is a celebration of ‘Nova’ and the fantastic team behind the series; science and science journalism; and WGBH and public media.

“It’s very rewarding to see science journalism — so important in this era where science is under attack — recognized.”

Apsell has said her interest in science started at Brandeis.

In her work-study job at Brandeis, she scanned bubble chamber photos — images of subatomic particles making their way through a superheated transparent liquid — in the high-energy physics labs of Sandy Wolf and Lawrence Kirsch.

“The first class that really excited me was a physical science course,” Apsell said in an interview in 1998. “I was fascinated by [the] lectures on the Copernican Revolution and the power of scientific thinking to change society.

“Many years later, when I had already begun a career in broadcasting, the memory of this and other science courses at Brandeis had a role in nudging me toward making science documentaries.”

Apsell started at WGBH soon after she graduated, did stints at other radio and TV outlets, and in 1985 took over the reins at “Nova.” Her current titles now also include senior executive producer of NOVA scienceNOW and director of the WGBH Science Unit.

Today, “Nova” is a multimedia brand. In addition to TV programs, it generates podcasts, social media feeds, the websites NOVA Labs for teens and NOVA Education for teachers, and YouTube shows such as “Gross Science” and “What the Physics?!”

The show has won 27 Emmys. Though there are now plenty of other science programs on TV, none can match the commitment of Nova to working with educators and spreading the gospel of science to American classrooms.

“Under Paula Apsell’s leadership, ‘Nova’ has done more to enhance the public understanding of science than any show on American television,” David Winn, senior vice president of the News & Documentary Emmy Awards, said in July when the honor was announced.