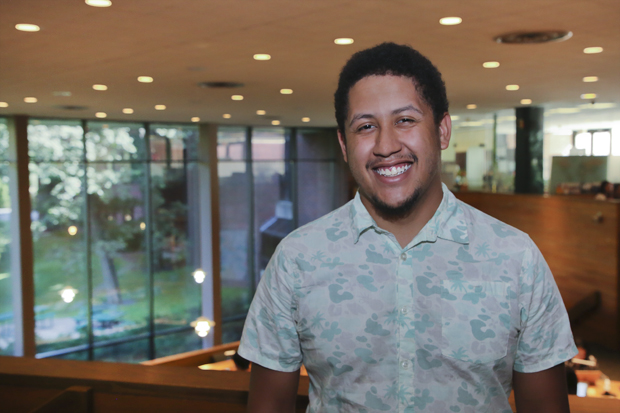 When Christian Nunez ’19 was assigned to an internship with the Boston Teen Police Academy he wasn’t sure what to think.

“I didn’t really know what I was getting myself into,” he recalled. “Working with the police isn’t something that had crossed my mind before.”

He thought of the headlines in the news about police violence. And he thought about the police academy at his high school that was out of the “scared straight” mold. But as he learned more about the program in Boston, it seemed different.

“This one talked about leadership. It talked about community care-taking,” he said. “I wasn’t sure what I could bring to them, but I knew I wanted to be part of it.”

Nunez was assigned to the internship by Adjunct Professor Gene Allen Miller for her graduate level course “Leadership Internships in Social Impact Organizations” at the International Business School. The course pairs students with the boards of not-for-profits around Boston. Miller interviews students and then makes the assignments based on fit.

The Boston Teen Police Academy is based in the city’s Hyde Park neighborhood, but it brings in young people from all over the city. It’s a program for at-risk teens founded in 2009 by Boston Police Officer Darryl Owens, who still oversees it. It aims to build life skills and change the way young people understand and interact with the police who patrol their neighborhood. Participants in the program report to the academy three times per week during the summer. The academy’s programming builds a better understanding of the different units in the city and common police behavior, along with some physical training and life-skills workshops on subjects like anger management and practicing patience.

“I wanted to be sure whoever I put in this spot would be sensitive to the issues and helpful,” Miller said. “Within 10 minutes of meeting Christian, I said, ‘This is my guy.'” 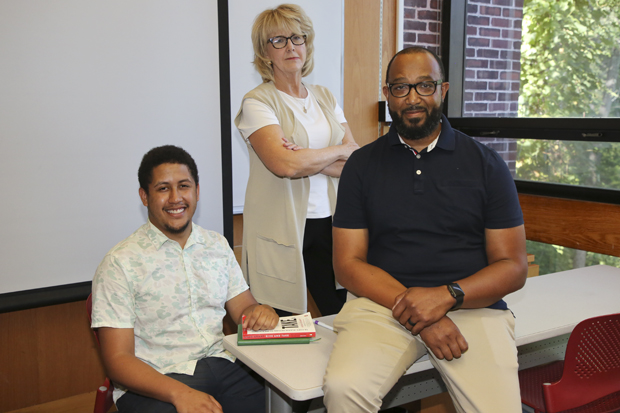 Nunez is a politics major from Providence, RI who was admitted to Brandeis through the Myra Kraft Transitional Year Program. He can recognize some of his former classmates in Providence in the teens participating in the academy and can relate to their struggles. There was gang activity present at his high school and numerous hazards and challenges that could cause young people to fall into the wrong path.

“Brandeis invested in me and for that I want to invest in others,” Nunez said. “If it wasn’t for those that intervened in my life I wouldn’t have been able to tell my parents I’m going to college and I’m leaving the state. I try to reflect my life in the work that I’m a part of.”

During the summer, Nunez sought to capture and measure the teen experience at the academy. He did this by observing and taking notes on the workshops and creating an “Intervention chart” that connects each workshop to a particular “life-skills” goal for the teen. The information will allow the academy to look back at the progress of participants and improve and grow its programming.

His work with the teen police academy didn’t stop at the end of the internship. He’s now enrolled in Miller’s course “Field Experience in Social Innovation” and he is working with a team of graduate students to develop and implement a plan to expand the presence of the academy.

“He’s a natural born leader, and even though he’s an undergrad he has led in the classroom,” Miller said. “He’s going to continue to be a leader.”

Nunez says those leadership qualities started with his involvement in the Ford Hall 2015 protests at Brandeis where he was among the students who led a march from the Rabb steps to the Bernstein-Marcus Administrative Building and occupied it for 13 days to demand a better environment on campus for people of color.

“I remember feeling ready to talk to anyone about our goals,” Nunez said. “I was on fire, I was ready. Everything that has followed since then has been remarkable.”

Nunez got involved in student government, joined the Men of Color Alliance and is now a student representative to the university’s Board of Trustees. He isn’t sure what the future holds, but he wants to continue to make a difference.

“I want to be a part of wherever there’s change or wherever change is needed,” he said. “I don’t know exactly how. I just know I want to be part of helping minority communities.”