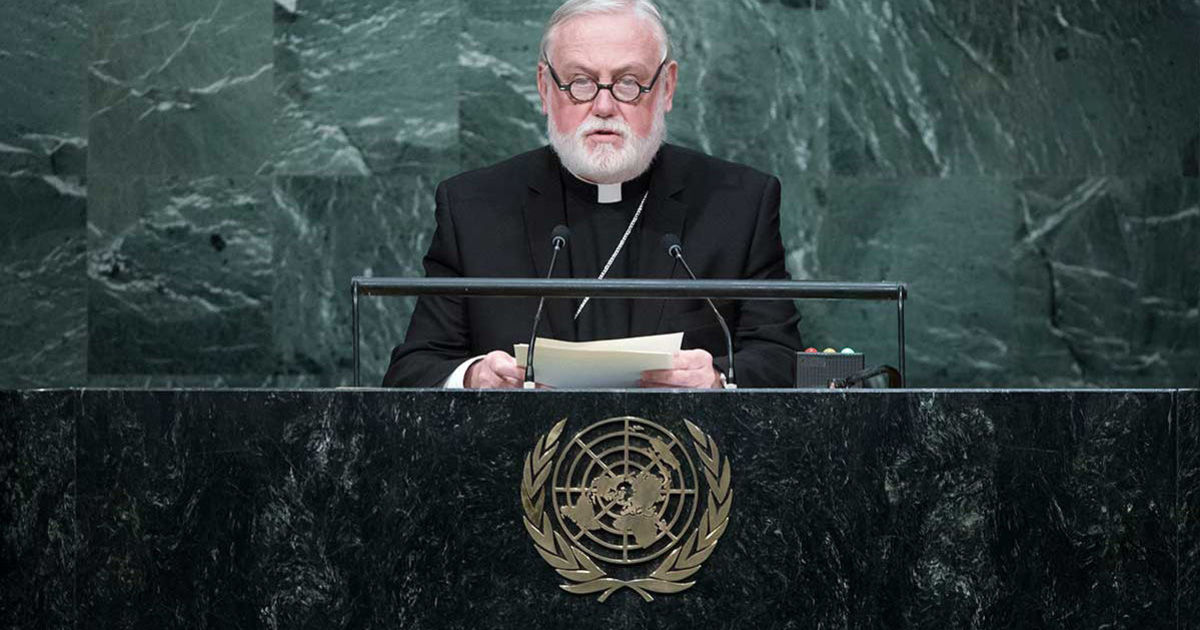 Archbishop Paul Richard Gallagher, secretary for relations with states at the Holy See, will deliver the 2018 Keeley Vatican Lecture at 5:30 p.m. Tuesday (Oct. 2) in the Eck Visitors Center Auditorium at the University of Notre Dame.

Archbishop Gallagher’s lecture, “The Catholic Church in the European Project,” is sponsored by the Nanovic Institute for European Studies. The lecture will be free and open to the public.

Archbishop Gallagher was born in Liverpool and attended St. Francis Xavier’s (Jesuit) College in Woolton. He attended the Pontifical Ecclesiastical Academy and joined the Vatican’s diplomatic service in 1984. In that service Gallagher has held positions in Tanzania, Uruguay, war-torn Burundi and Guatemala, the Philippines and the Council of Europe.

In 2012, Pope Benedict XVI appointed Rev. Gallagher to serve as his papal nuncio to Australia, a position he held until Pope Francis appointed him secretary of state in 2014. The Secretariat of State is responsible for the Holy See’s network of nunciatures and diplomatic missions to states and international organizations around the world.

Rev. Gallagher is the first Briton to hold this high a position in the Vatican’s foreign affairs. In his capacity as secretary, he has been an advocate for peace, ecumenism, the abolition of the death penalty, and the importance of freedom of religion and freedom of conscience.

Known for his gregarious personality and extensive global experience, the archbishop will speak at Notre Dame on the Catholic Church’s relationship to “the European Project” during a time of turbulence in European and global affairs.

The lecture will be live-streamed at nanovic.nd.edu.

The purpose of the Keeley Vatican Lecture is to deepen Notre Dame’s connection to the Holy See by bringing distinguished representatives from the Vatican to campus in order to explore questions related to Notre Dame’s Catholic mission. The series was established in 2005 through the generous support of Terrence R. Keeley, class of ’81.

An integral part of the Keough School of Global Affairs, the Nanovic Institute for European Studies at the University of Notre Dame is committed to enriching the intellectual culture of Notre Dame by creating an integrated, interdisciplinary home for students and faculty to explore the evolving ideas, cultures, beliefs and institutions that shape Europe today.

For additional information about the Nanovic Institute and the Keeley Vatican Lecture, visit nanovic.nd.edu.