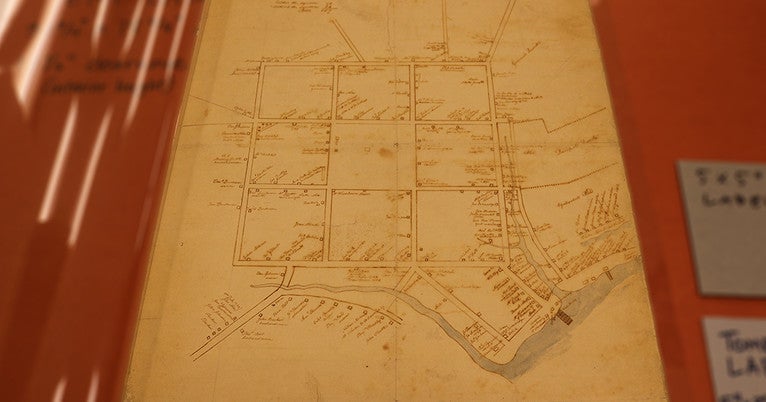 In conjunction with the celebration of Founders Day, which commemorates the establishment of the university by an act of the Connecticut Colony on Oct. 9, 1701, the Beinecke Rare Book and Manuscript Library will display three documents of early Yale University history Oct. 4–15. These are:

Clap was the fifth rector and the earliest official to be designated “president” of Yale, serving from 1745 to 1766. Stiles, a 1746 graduate of Yale, served as president from 1778 to 1795. Tombstones of both Clap and Stiles are in the Grove Street Cemetery, which is the final resting place of the majority of Yale’s late presidents. A list of all the past presidents, and a video with the Yale University Library’s Judith Schiff speaking about them, including Clap and Stiles, can be viewed at the Office of the President website.

The materials will be on display in temporary exhibition cases on the library’s mezzanine level. Beinecke Library exhibitions are free and open to the public daily. Information about hours and visiting can be found at the Beinecke’s website.

Note: Access to the mezzanine will be restricted on Tuesday, Oct. 9, after noon and the library will be closed to all but registered researchers that day after 4 p.m.

Visitors can also view the library’s current building-wide special exhibition, “Eye on the West: Photography and the Contemporary West,” on view through Dec. 16, and see the permanent exhibitions, including the Gutenberg Bible and John James Audubon’s “Birds of America.”