Why was this great 16th-century female poet completely forgotten?

In a new book, Professor of English Ramie Targoff introduces us to Vittoria Colonna, the embodiment of the Italian Renaissance. 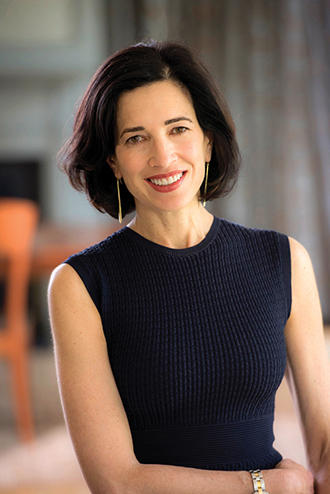 Little known and long neglected, the 16th-century writer Vittoria Colonna was the first woman to publish a book of poems in Italy. She channeled her grief about her husband’s death and profound religious yearnings into sonnets that inspired women writers for centuries.

Earlier this year, Professor of English Ramie Targoff published a major biography of the poet, “Renaissance Woman: The Life of Vittoria Colonna.”

The book chronicles Colonna’s development as a writer, her grief over the death of her husband, and her friendship with Michelangelo, with whom she carried on a long and moving correspondence.

BrandeisNOW sat down with Targoff to discuss her research.

What motivated you to write this book?

I think this is a moment in which a lot of people are asking what role women played in our past. There are so many stories that haven’t been told. My book allows you to glimpse history through a female lens. Colonna was quietly involved, but absolutely central, to all the things happening in this period. But she’s never mentioned in any of the textbooks. I think that’s interesting by itself, but it also makes people wonder what women were doing during different periods in history — women were always there and we just don’t know about them.

Why do you find her poetry so engaging?

Colonna wrote two books of sonnets, one mourning her husband after he passed away, about dealing with her grief. She wrote another set of 103 poems, which she gave to Michelangelo, and those were spiritual sonnets about her relationship to her faith. Sometimes they were written directly to God, sometimes to Mary, or to particular saints. They were about her religious anguish.

In both cases, I see the sonnet as a kind of therapeutic, confessional form, a way to figure yourself out. I love the weird tension between the tightness of the form and how much you can express of your deepest self and also express changes of mood and temperament inside the poem.

The poems are intimate, she never meant for them to be public. Someone collected all of them and published them to make some money. She was not happy about it. The first line of her first poem is “I write only to vent my inward pain.” She says that she’s writing as a therapeutic process.

Your book and Colonna’s poetry have really struck a chord with the public.

Last year there was a big exhibition of Michelangelo’s drawings at the Metropolitan Museum in Manhattan, and they dedicated a whole part of the gallery to his friendship with Vittoria Colonna. A lot of people saw her name, and she was featured in The New York Times review of the show. I think those things help.

The book I wrote is for non-academics to read, meaning I didn’t do a lot of intense analysis of poetry. Normally when critics are writing about poems, they do a line by line reading, but there’s almost none of that in this book. The book is a narrative history, so poems come along to illustrate the material, but I don’t do poetic analysis. The book reads fast, it’s meant to be enjoyed, not studied. It’s scholarly because so much research went into it, but I wrote it in a very different way, as a story.

What do you think she would have thought of your book?

I think she’d be delighted. My book presents her in a very sympathetic way but also in a very complex way as a person who had real struggles. The idea that she was just a saint diminishes her. That’s not all of who she was. At the same time, I didn’t want to represent her as a person who was just struggling all the time. She was a very formidable person, who also had a lot of grief. This book represents many different facets of her life, with sympathy but also with objectivity.

What’s your the next project?

Because of this work on Vittoria Colonna, I started getting more interested in women’s writing. I want to write a composite biography of 3 or 4 extraordinary women who wrote at the time of Shakespeare who we don’t know about. If you asked someone who had taken a college English class on Shakespeare to name a woman from that time, they typically can only think of Queen Elizabeth or fictional characters in Shakespeare’s plays. I want to change that.

Love wrapped me in so noble a flame
That even once spent it continues to burn.
Nor do I fear new fire, since the first
Is so strong it extinguishes all others.
So rich a bond ties me to that fine yoke,
That my heart disdains all lesser chains.
It feels no longer either hope or fear,
Since one fire inflames it, one knot binds it tight.
A single pungent arrow afflicts my breast
So that it keeps alive the immortal wound,
It shields all other love from entering.
Love consumed the passion where once he lit it,
He broke the bow with his enduring shot,
melted all other knots in tying this one.