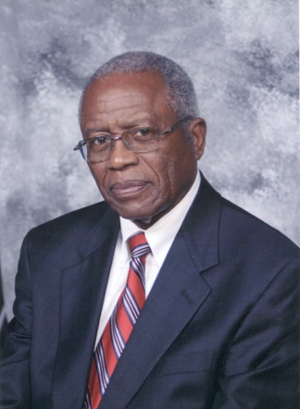 The 88-year-old’s speech, “Bus Ride to Justice – the Montgomery Bus Boycott,” is being presented by SIUE’s Arts & Issues and is based, in part, on his autobiography, Bus Ride to Justice: The Life and Works of Fred Gray.

Gray, a Montgomery, Ala. native, made a promise to himself that as a lawyer, he would strive to end racial segregation. In 1955, he took the case of the “First Lady of Civil Rights” (Parks) who was charged with disorderly conduct for refusing to give up her bus seat to a white passenger. Parks’ case sparked the Montgomery Bus Boycott.

“We’re excited to have one of the most significant figures in the civil rights movement on our campus. Dr. Timothy Lewis, assistant professor in the Department of Political Science, is a personal friend of Mr. Gray’s and brought the idea to me of presenting him in our series,” said Grant Andree, director of the Arts & Issues series. “Gray’s legal career has spanned more than 50 years, and as an attorney, he fought to destroy segregation and fight for human rights. He won multiple landmark civil rights cases, including the $10 million settlement for the Tuskegee Institute study of untreated syphilis in African American men. He later served as a state representative in Alabama – the first since reconstruction.”

The show is sponsored by the Madison County Regional Office of Education, SIUE Office of the Provost and SIUE Department of Political Science. This program is also partially supported by a grant from the Illinois Arts Council Agency.

Arts & Issues is tied to the academic mission of the University. For more than 34 years, the series has presented some of the world’s finest performing artists and showcased speakers from across the spectrum in areas such as science, history, literature and politics. The program also offers unique opportunities for students, faculty, staff and the community to engage with these performers and speakers through master classes and special sessions.