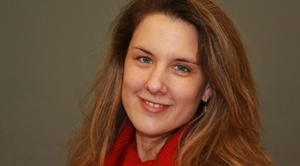 Laurie Cutting, Patricia and Rodes Hart Professor of Special Education at Vanderbilt’s Peabody College of education and human development, has received a $3 million National Institutes of Health Merit Award from the National Institute of Child Health and Human Development.

Cutting’s NICHD project is directed at understanding how the neural networks associated with reading, math, and executive function interact to predict academic outcomes and response to educational intervention.

In addition to the endowed chair that Cutting holds, she is professor of psychology, radiology, and pediatrics; deputy director of the Vanderbilt Kennedy Center for Research on Human Development and faculty director of the VKC Reading Clinic.

The NIH founded the MERIT Awards—Method to Extend Research in Time—in 1987 to provide long-term support to researchers with impressive records of scientific achievement.

NIH Merit Awards are made at the recommendation of NIH staff and, for Cutting’s grant from NICHD, with the endorsement of the NICHD Council. It provides grant support for five years with the opportunity for extension of an additional five years based on progress made during the first five years.

In the Merit Award letter, Diana Bianchi, NICHD director, said “This is a highly prestigious award provided only to the most outstanding scientists supported by the Institute. On behalf of the Institute and our Council, I congratulate you on your selection and your superior record of accomplishment that earned this recognition.”

Cutting is among only 33 Vanderbilt researchers to have received an NIH Merit Award, and one of only 5 women.

“Since joining Peabody’s faculty in 2009, Dr. Cutting has been a leader in Peabody College’s program in educational neuroscience,” said Camilla P. Benbow, Patricia and Rodes Hart Dean of Education and Human Development, Peabody College. “We are extraordinarily proud that NICHD has selected her for a rare Merit Award—the first Peabody faculty member so recognized.”

Even though many school-age children struggle with both reading and math skills, relatively little is known about the neural mechanisms that underlie academic achievement.

“In 2015, over 30 percent of fourth graders were not proficient in reading and math,” Cutting said. “Given the importance of reading and math skills for success in school and later in employment, understanding the brain mechanisms that underlie academic achievement is a key public health issue.

“Researchers have investigated separately the brain networks that underlie reading, math, and executive function. In this new study, we are looking at how they are integrated as young students develop and in the context of a reading intervention.”

Executive function refers to the parts of the brain that are responsible for high-level cognitive skills involved in organizing and regulating learning and behavior.

The study involves both brain imaging and behavioral measures. A group of students in the first grade will be randomly assigned to receive a reading intervention.

“We will be measuring academic achievement and changes in brain structure and function,” Cutting said. “Our ultimate goal is to develop brain-based causal models of academic achievement so that we can effectively individualize instruction in a way that promote academic success and prevents academic struggles.”