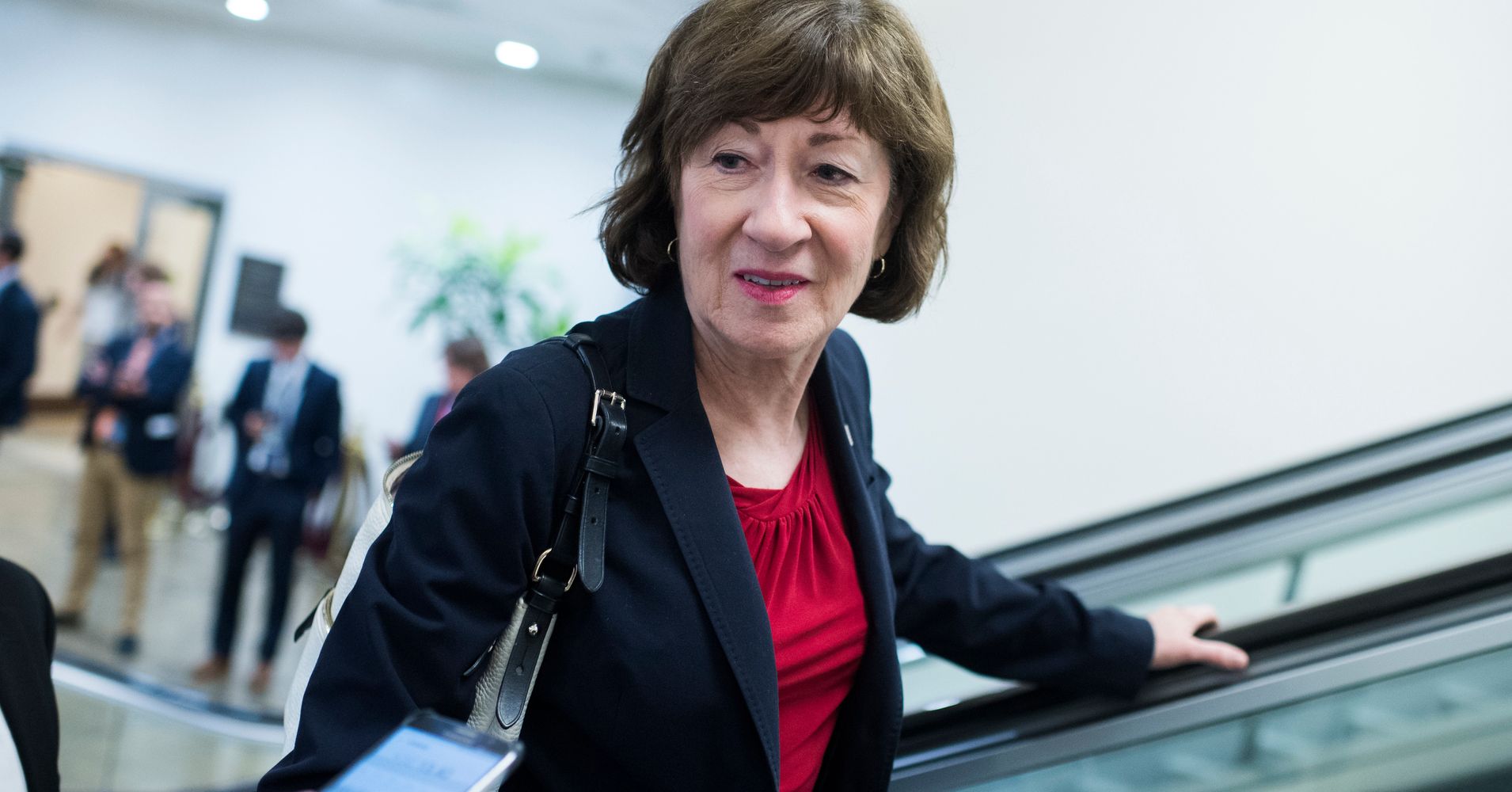 People who expected Sen. Susan Collins, allegedly one of two remaining Republican moderates in the Senate, to save us from Brett Kavanaugh have not studied her record.

The Maine senator has reduced the choreography of legislative head-fakes to a sublime art, in order to preserve her bogus reputation as an independent-minded centrist. When a contentious issue arises, Collins will elaborately explain that she hasn’t made up her mind yet. She needs to give the issue careful study. And then, wondrously, after very careful and well-advertised study, she almost always votes with Mitch McConnell. Funny how her research invariably leads to that conclusion.

She is especially loyal to her party when her vote is pivotal on important legislation or nominations. She has voted to confirm virtually all of President Donald Trump’s nominees. Collins also voted for the Trump tax bill (which passed 51-49) and for the confirmation last year of Neil Gorsuch to the Supreme Court.

In the most drama in which she played a critical role, Collins joined two other Republicans in calling for what turned out to be a rigged FBI inquiry. She then voted to confirm Kavanaugh to the Supreme Court ― not with ambivalence but almost giddy enthusiasm. In her floor speech on Friday announcing the decision, she did not present her conclusion as a close or difficult question. To hear Collins tell it, Kavanaugh’s record on a federal appeals court shows that he’s the most even-handed and brilliant jurist since King Solomon.

For the most part, the times when she broke ranks were not decisive. One exception when defying the Republican leadership proved important was her vote (with Sen. Lisa Murkowski of Alaska and then-Sen. John McCain of Arizona) in 2017 to save the Affordable Care Act.

If anything, though, Collins has become far less of a maverick of late. Under Barack Obama’s presidency, she voted with Republicans only about half the time, compared to almost 90 percent today.

What’s at work? Three things. First, Republicans have become far more unified ― in the country and in the Senate ― as a far-right party. Second, Majority Leader Mitch McConnell (R-Ky.) plays serious hardball to enforce caucus discipline. But the biggest influence is Collins’ fear of the Tea-Party far right in Maine.

The state has twice elected a far-right governor, the thuggish Paul LePage, who prefigured Trump. LePage, who steps down after this year, did not win a majority of votes either in 2010 or 2014. But given the unfortunate habit in Maine of spoilers throwing elections to Republicans, LePage squeaked through both times in three-way contests.

Maine as a whole is not a far-right state. Its other senator is Angus King, a moderately liberal independent who caucuses with the Democrats. But the Tea Party right is a majority of the Maine Republican Party.

Thus Collins, according to my sources, felt she had more to fear when she runs for re-election in 2020 from a GOP primary challenger than from newly energized Democrats.

Both fears may well be exaggerated. She is broadly popular as a Maine icon, and is still the odds-on favorite to win re-election.

When Collins does break ranks with her party’s Senate leadership, as in her vote to save the Affordable Care Act., it’s often because the vote is popular in Maine. Obamacare’s Medicaid expansion, for instance, had broad public backing, despite LePage’s efforts to delay it.

To put it charitably, the popular Collins could afford to take more risks on behalf of whatever principles she still professes. In the Kavanaugh affair, the senator was far from a profile in courage.

Robert Kuttner is co-editor of The American Prospect and a professor at Brandeis University’s Heller School. His new book is Can Democracy Survive Global Capitalism? Follow him on Twitter at @rkuttnerwrites.