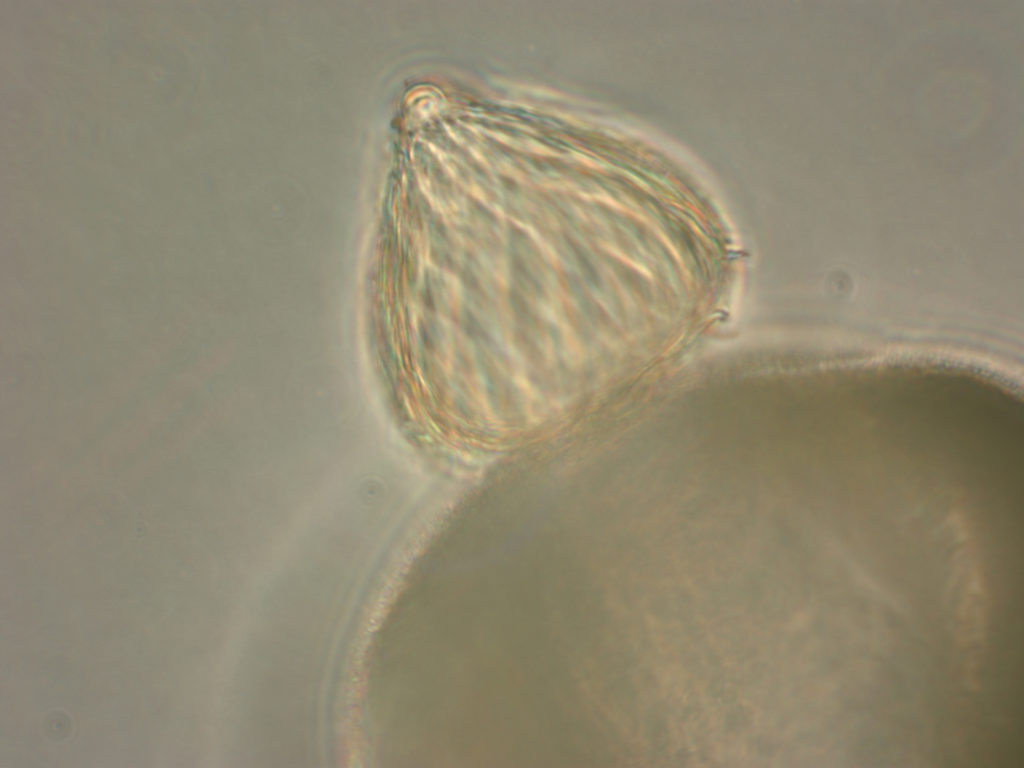 ANN ARBOR—They can be found on forest floors, in swamps and in houses, ranging in size from smaller than the period on your smartphone’s keyboard to stretching over several city blocks.

More than a million species of fungi are estimated to live on this planet, but most of that diversity remains unknown because the fungi have avoided detection and have not been cultured for study in laboratories.

Now a team led by researchers at the U.S. Department of Energy’s Joint Genome Institute and including University of Michigan mycologist Tim James reports the development of a pipeline to generate genomes from single cells of uncultivated fungi.

The approach was tested on several uncultivated fungal species representing early diverging fungi, the earliest evolutionary branches in the fungal genealogy that provide a repertoire of important and valuable gene products. The team’s findings were published Oct. 8 in Nature Microbiology. 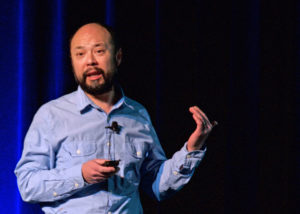 Tim James of the University of Michigan spoke about “Leveraging genetic variation among single cells or individuals to understand the cryptic biology of Fungi” at the JGI 2018 Genomics of Energy & Environment Meeting. Watch his talk on the JGI YouTube channel at bit.ly/JGI2018James.

“Most of the phylogenetic diversity represents early diverging fungi. We know from environmental DNA surveys that they’re common in many habitats, but they’re presumably microscopic so you really have to look for them,” said James, co-senior author of the study and an associate professor in the U-M Department of Ecology and Evolutionary Biology.

“We don’t know what they look like and we know we can’t culture them, since what you can culture is not representative of what you see in environmental DNA. We would love to be able to look at a given sample and identify what the cells might look like, but we also want to look at the genomes of the organisms and infer what they’re like. That’s where single-cell genomics comes in.”

Through projects such as the Joint Genome Institute’s 1,000 Fungal Genomes, researchers aim to expand the known fraction of fungal diversity with representative genome sequences for various lineages. Even with such efforts though, the majority of available genomes belong to just two major lineages, Ascomycota and Basidiomycota. The early-diverging lineages that are closer to the base of the Fungal Tree of Life have few representative genomes.

“Conceptually, this is a pilot project,” said Joint Genome Institute data scientist and first author Steven Ahrendt, who began working on the project as a postdoctoral fellow. “This is a similar idea to the approach JGI has taken with microbial dark matter—that the species are out there, but they don’t show up in plate-based culturing.”

The single-cell genomics approach was applied to eight fungi, seven of which belong to the early diverging lineages Cryptomycota, Chytridiomycota and Zoopagomycota. In addition, six of the seven fungi are mycoparasites, or fungi that attack other fungi. As such, they need to be able to infest the hosts without harming themselves. These species were grown in co-culture with their hosts, and then the spores of the parasites were isolated for sampling.

“That mycoparasitic lifestyle might be a factor in why these species are unculturable,” Ahrendt said.

Looking at the genomes of the six mycoparasites, the team found that essential metabolism genes for pathways involving thiamine, urea and sulfate, among others, were missing, which could make culturing them difficult.

U-M’s James noted that the fungi used in the study were selected from a wide range of mycoparasitic strategies and represent a large amount of evolutionary time, which made it difficult for the team to identify novel sets of genes that could shed light on the mycoparasitic lifestyle. What the study really highlights, he added, is that the single-cell approach is feasible for what he calls “fungal dark matter.”

“We’ve described maybe 5 percent of the fungal diversity, and we’re in an era where we can start to get at that missing piece of the diversity,” he said.

The single-cell genomics approach will be applied to a JGI Community Science Program proposal that James is leading and that involves 50 unknown early-diverging fungi from aquatic environments.

“What I’d really like to see is people take up this approach and tweak the pipeline to fit different organismal groups,” he said. “This pilot just started the exploration by looking at unicellular aquatic organisms, and yet we have organisms in soil, in plants, and so on.”

“Several genomes in this study represent the first references for fungal phyla containing mostly species that have not been or cannot be cultured. Having genome sequences and metabolic reconstructions of a broad diversity of uncultured fungal species enable us to better understand fungal evolution and expand the catalogs of gene, enzymes and pathways.”

The genomes of the species referenced in the Nature Microbiology paper are available in JGI’s fungal portal, MycoCosm, as well as on GenBank.