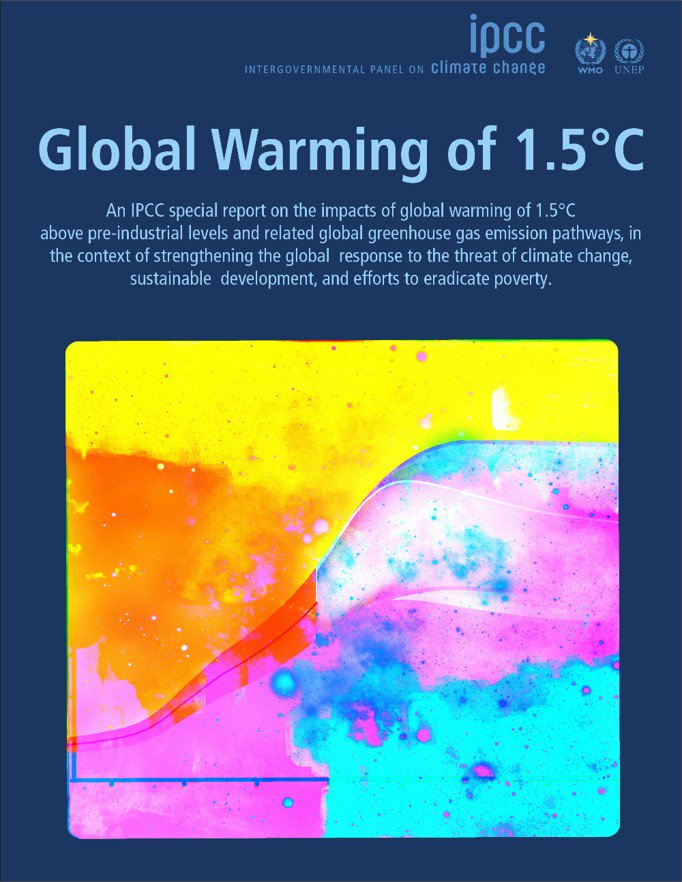 A new report from the U.N. Intergovernmental Panel on Climate Change says that to avoid the most serious consequences of climate change, nations must take unprecedented actions to cut carbon emissions over the next decade. Avoiding the worst damage will require transforming the world economy at a speed and scale that has “no documented historic precedent.” 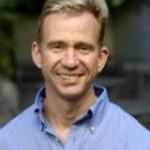 Thomas Lyon holds the Dow Chair of Sustainable Science, Technology and Commerce, with appointments in both the Ross School of Business and the School for Environment and Sustainability. He is a leader in using economic analysis to understand corporate environmental behavior and how it is shaped by emerging government regulations, nongovernmental organizations and consumer demands.

“This sobering report was released on the same day that the Nobel Prize in Economics was awarded to William Nordhaus for his work on climate economics,” he said. “Both announcements underscore the need to implement serious carbon prices. The IPCC report shows that warming is occurring faster than previously thought and is more damaging than previously thought. Failure to acknowledge the problem and to take strong action sells out our children’s future for political convenience.” 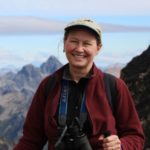 Jennifer Haverkamp is director of the Graham Sustainability Institute and was the U.S. State Department’s lead negotiator for the Kigali Amendment, a 2016 amendment to the Montreal Protocol that has been adopted and ratified by 56 countries, not yet including the United States.

“The IPCC’s report warns us that to have a shot at avoiding dangerous global warming we must also severely curtail the potent short-lived climate pollutants—methane, black carbon and hydroflourocarbons. Two immediate steps the United States should take on this front are to ratify the Kigali Amendment to the Montreal Protocol, whose phasedown of HFCs can avoid up to half a degree of warming, and to keep and strengthen regulations designed to reduce methane leakage from oil and gas operations. Both make great economic sense.” 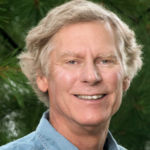 Jonathan Overpeck is dean of the School for Environment and Sustainability. He is a climate scientist who is an expert on paleoclimate, climate-vegetation interactions, climate and weather extremes, sea-level rise, climate change, impacts of climate change and options for dealing with climate change.

“The latest report from the IPCC makes it clear, with high scientific confidence, that we need to speed up the transformation to a low-carbon, more sustainable world if we want to avoid the increasingly serious costs of climate change,” he said.

“Conversely, acting faster on climate change might mean many additional benefits to human health and sustainable development. Importantly, the new IPCC report concludes that the task is doable.” 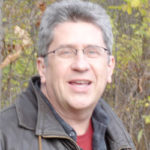 Richard Rood, professor of climate and space sciences and engineering, is a blogger at Weather Underground and teaches a class on climate change problem solving. He can discuss climate change adaptation, climate modeling and sea level rise.

“Since we are already committed to an increasingly warming climate, living at and ultimately pulling back from the climate change precipice will require us to adapt to climate change,” he said. “This is most obvious at ocean coasts, where sea-level rise already disrupts many cities.

“The heat accumulated in the Earth has already opened up a metaphorical floodgate of, likely, 10 meters of sea-level rise. How fast it will occur is not certain, but planning on a meter over the human lifespan is justified. This will be true for coming generations as well.

“The need to remove carbon dioxide from the atmosphere and to move beyond carbon neutral is gathering more and more acceptance. However, there is no viable vision of such a carbon dioxide reality in the foreseeable time. Reduction, elimination and reversal of carbon dioxide pollution are unlikely to be achieved as global policy. They will be realized by the emergence of disruptive, affordable technologies. This emergence can be accelerated or impeded by policy—local, regional, national, and global.” 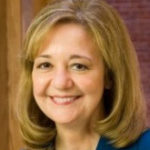 Rosina Bierbaum, professor of natural resources and environment at the School for Environment and Sustainability, is an expert on environmental policy, sustainable development and climate change adaptation.

Bierbaum chairs the Science and Technical Advisory Panel of the Global Environment Facility. She served on the Obama Administration’s President’s Council of Advisers on Science and Technology; was the lead author of the climate adaptation chapter in the Third U.S. National Climate Assessment, released in 2014; and was a review editor of the last Intergovernmental Panel on Climate Change report about climate change impacts, adaptation and vulnerability.

“The new IPCC report is a clarion call for action to address ‘this urgent and potentially irreversible threat to human societies and the planet,’” she said. “New evidence since the IPCC reports of 2014 documents pervasive damages occurring today at the 1 degree C change already observed, with much more on the horizon—extreme storms, droughts, heat waves, species loss, etc.

“The IPCC concludes that since 2014, assessed levels of risk for four of five key indicators have increased. Actions taken in the next decade will decide the future world we leave our children and grandchildren. Immediate and dramatic emissions reductions must accompany a concerted effort on adaptation to cope with the changes already underway. There is no time to lose.”

Arun Agrawal, professor of environment and sustainability, was a lead author of the livelihoods and poverty chapter in the Intergovernmental Panel on Climate Change’s 2014 report on climate change impacts, adaptation and vulnerability.

His expertise lies in the political economics of development, environmental governance, resource use and management, climate adaptation and institutional analysis. He is editor-in-chief of World Development, a multidisciplinary journal of development studies and coordinator of the International Forest Resources and Institutions Network.

“The most recent IPCC report does well what all IPCC reports have done well: report on the science, emphasize the urgent need for massive change, and describe what needs to change,” he said.

“What it fails to do—and what is most needed at present—is a better analysis of why needed action has not happened and how to bring about what we all know needs to be done. Until IPCC brings together the expertise for mobilizing the will and resources for knowing how to bring about needed change, its reports may find little more traction than coverage in the media.”
Contact: 734-647-5948, arunagra@umich.edu 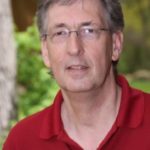 Ben van der Pluijm is a geologist and an expert on societal resilience to environmental changes including sea-level rise, heat waves and extreme weather. He is a professor in the Department of Earth and Environmental Sciences and editor in chief of the journal Earth’s Future.

“It is unlikely that emissions reductions alone will achieve the 1.5 degrees C goal and even the 2.0 degrees C goal of the Paris Accord, given current trends and warming trajectory,” he said. “Realistic assessment shows that negative emissions strategies will be needed—capturing carbon dioxide and removing it from the atmosphere—to avoid catastrophic environmental change in this century.

“Environmental change and global warming from today’s elevated carbon dioxide levels will continue over decades to centuries, even if we could stop all greenhouse gas emissions today or over the next decade. 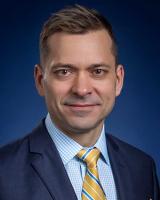 is director of U-M’s Erb Institute and the Max McGraw Professor of Global Sustainable Enterprise at the School for Environment and Sustainability and the Ross School of Business.

“Let’s assume for as second that you believe that environmental and social conditions are getting worse, but you don’t believe in climate change. What difference does it make? Are you just going to sit idly by and watch vulnerable people — in this country and abroad — suffer? What kind of person would do that? It’s time to view these forecasts for what they really are: a looming public health crisis.” 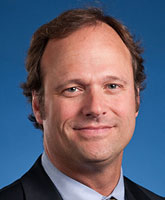 is the Holcim Professor of Sustainable Enterprise at the Ross School of Business and School of Natural Resources and Environment, and he serves as education director of the Graham Sustainability Institute.

“Yale economist William Nordhaus has devoted his life’s work to understanding the costs of climate change and advocating the use of a carbon tax to curb global warming. It’s no small irony, then, that on the same day his research shared in the Nobel Memorial Prize in Economic Sciences, a United Nations panel released its latest report on the mounting dangers of climate change.

“In fact, the report builds upon much of Nordhaus’ work and warns that we have only about a dozen years to keep temperatures below 1.5 degrees Celsius to avoid environmental catastrophe.”

An article on this topic by Hoffman and economist Ellen Hughes-Cromwick of the U-M Energy Institute was published Oct. 9 in The Conversation: Nobel award recognizes how economic forces can fight climate change

Volker Sick is a professor of mechanical engineering and director of the Global Climate Initiative, a $4.5 million effort at U-M to removing carbon dioxide from the air and turn it into useful products. The initiative aims to reduce the equivalent of 10 percent of current atmospheric carbon dioxide emissions annually by 2030. That’s roughly 4 gigatons that could potentially be converted into concrete and other construction materials, fuels and carbon fiber for use in lightweight vehicles and fabrics, for example.

“We must deploy and scale innovative technologies that remove and reverse the impacts of climate change, and carbon dioxide capture, conversion and utilization technologies must be part of this approach,” he said in a statement.

“Carbon Capture and Use alone has the ability to use up to 10 percent of current annual global CO2 emissions. Captured and utilized carbon presents tremendous market opportunity by creating high-volume materials, such as concrete, aggregates, fuels and carbon fibers. This is important, because it means world leaders, businesses and consumers will have both an economic and environmental incentive to use CCU technologies.”

Anna Stefanopoulou is director of the U-M Energy Institute and a professor of mechanical engineering.

“The IPCC report raises the urgency of widely implementing cost-effective fuel-efficient technologies in the transportation sector,” she said. “Every effort matters in mitigating global warming and we need to accelerate our efforts, otherwise our students and our children will ask us why we didn’t do more to avert disaster.”